Gomasio, which one to choose 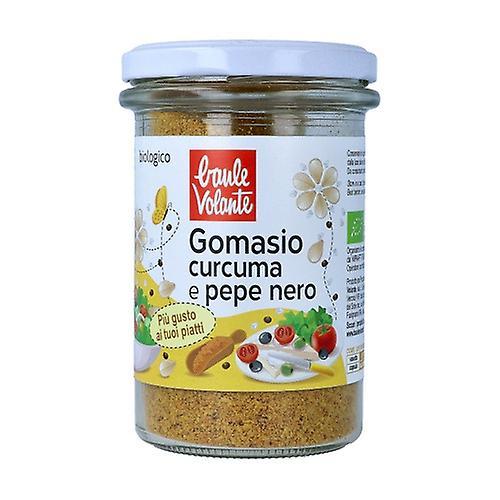 It is in Japan that gomasio originated, a cpowdered spice made from a mixture of sea salt and crushed sesame seeds.

In reality there are many variations that it is good to know to venture into buying the right gomasio for us or, why not, if we want to try to prepare it ourselves.

1. the quality of sesame seeds;
2. the roasting;
3. the presence of other ingredients or elements added in the guise of taste enhancers.

In any case, before delving into these issues, it is worth remembering that gomasio (in Japanese goma, means sesame, and sio, salt) is great for strengthening the nerves and make the nervous system resistant, and for maintain bone health, thanks to its contribution of calcium and magnesium.

In any case the seeds are toasted and it is also the type of roasting that makes the difference between one gomasio and another, giving a more intense flavor, similar to that derived from roasting, or simply making the natural taste of sesame more savory and round.


The roasting makes the seeds, strictly whole and therefore not peeled, expel the oil contained in them, which quickly dries on their surface, making the taste stronger even without the need to chew.

Read also Gomasio, how to do it and how to use it >>

The salt to be used for the production of gomasio it must be natural salt: coarse and integral, unrefined, as we said for sesame seeds.

Unrefined sea salt is a source of many trace elements, and not just sodium chloride: we find the aforementioned magnesium, iodine, and other mineral salts.

Usually salt is added to the sesame seeds after their roasting, but we know some versions of gomasio in which the roasting involves the presence of both salt and sesame seeds.

In this case some elements of the salt mix with the oil escaping from the seeds, creating a homogeneous mixture on their surface. On the other hand, this variety of gomasio loses some crunchiness.

Presence of other ingredients in gomasio

We rarely find other ingredients inside the gomasio. In some classic varieties we can find there dried and chopped seaweed, while in some modern versions it can also be found the dried and pulverized peel of some citrus fruits.


Obviously the flavor varies significantly in these cases. But what we should really pay attention to when we go to read the label of the gomasio that interests us è the presence or absence of sugar.

In commercial gomasio, sugar is often added which, when caramelized, has the double function of enhance the flavor of salt and sesame, and at the same time that of creating a sort of addiction, the typical one of sweets, which increases their use, consumption, and ultimately their purchase.

Beyond the judgments regarding this commercial technique, it is important to know that the presence of sugars in gomasio pays off the flavor of the recipe different from the original one.

Indeed we are eating something studied at the table for the consumption of the product.

Read also How it is seasoned in the world >>

Audio Video Gomasio, which one to choose
Gastroesophageal reflux: what to eat ❯

add a comment of Gomasio, which one to choose