Goji, the berries of longevity 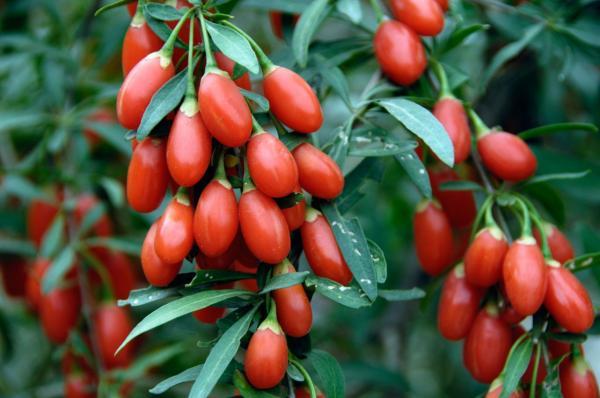 Goji berries are i fruits of a spontaneous shrub of Tibetan origin, whose scientific name is Lycium Barbarus, and constitute one of the cornerstones of Tibetan medicine, and of the Asian territory in general, whose multiple properties are all in favor of well-being.

Known as the "fruit of longevity", these small ones red drupes have unique health effects for our body, due to the presence of antioxidant substances (equal to 4000 times that of orange and 500 times vitamin C) in particular Vitamins, minerals, carotenoids e polysaccharides ad adaptogenic activity, protective e immunostimulatory.

The properties of goji berries

Goji berries have many beneficial properties for the body. Let's find out their action.

Le protein, which represent 16% of the fruit, contain two important amino acids, L-arginine e l-glutamine, which increase the general energy level of the organism muscular resistance to fatigue, they raise the mood tone, improve the the memory, the ability to concentration, and the qualità del sonno, counteracting states of physical weakness and fatigue.


More generally, it can be said that these principles, as in all plant adaptogens, favor the state of psychophysical well-being, helping to prepare and support the organism in periods of seasonal changes or greater stress.

It is conferred on the berries by the presence of  polysaccharides named LBP (Lycium Barbarum Polysaccharides), definite "master molecules", because they command e control the most important defense systems biochemicals of our body, preventing the colonization of pathogens, as the function of the immune system is to protect the body from the invasion of organisms or molecules that can cause disease.

Vitamin C and Zinc protect against infections and allow for faster resolution at seasonal cooling diseases. These valuable nutrients are also able to contribute to detoxification from heavy metals and by environmental toxins.

I flavonoids, contained in goji, perform the function of "scavengers" of free radicals (scavenging activity), because they reduce cholesterol and regulate blood sugar levels. Furthermore improve elasticity of blood vessels and are used fortissue oxygenation.

I carotenoids which make up the phytocomplex of the berries, protect the skin from the harmful effects of UV rays, responsible for cellular degeneration and premature aging.

The assumption of these principles avoids the emergence of cardiovascular diseases e neurodegenerative.

In Asia, goji berries are used as an allergy therapy, as they help the immune system a to distinguish most effectively among the healthy cells and those malate.

The allergic reaction, in fact, is none other than one abnormal reaction di hypersensitivity to one or more substances with which the body has previously come into contact and which are usually harmless.

Un self-regulation defect of the immune response can therefore cause autoimmune diseases and allergies.

Rebalancing action of the bacterial flora

Gojis also promote growth of beneficial bacteria for our gastrointestinal system. The combination of fibers and polysaccharides naturally helps the proliferation of intestinal microorganisms, known as probiotics, essential for numerous functions of the body, including: the correct gastric function e in the case of; there synthesis and assimilation of numerous nutrients coming from food; and defense against pathogens, responsible for infections such as candida and cystitis.

Goji berries: how to take them

Normally it consumes the juice, which being liquid is immediately assimilated by the organism, but finding it on the market in this pure form is still quite difficult in the country, while it is easier to buy berries in organic farming or exotic food stores, or in the form of Dietary Supplements in herbalists.

Goji berries, properties and how to choose them

add a comment of Goji, the berries of longevity