The glute bridge, or glute bridge, is a dynamic exercise that can be performed in multiple variations, both bodyweight and overloaded.

The main target as the name implies are the buttocks (active above all for maintaining the position), with a sensitive involvement of all the extensor muscles of the hip (hamstring, semitendinosus and semimebranosus) and of the core.

Below we see how a glute bridge repetition is performed. 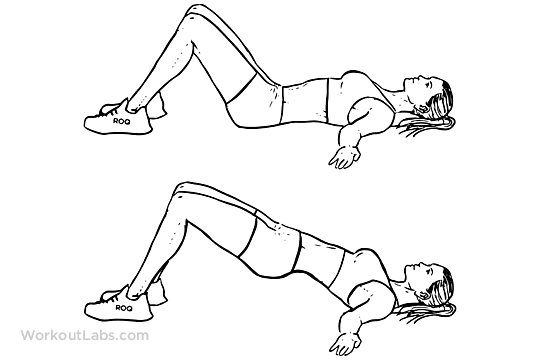 In itself, the glute bridge is a fairly simple exercise that is often given even to novices due to its easy execution. However, especially in the canonical version, you need to pay attention to a couple of details:


Some variants of the Glute bridge

The exercise is presented in the exact same mechanics, but with the use of an overload such as a disc for the barbell or the same rod of a loaded barbell resting on the pelvis. In this case it is advisable to use the arms to keep the overload in place. 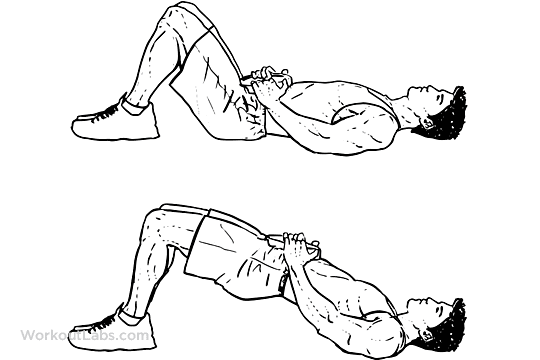 2. With difference in height

The exercise follows the same mechanics of the classic version, with the difference that in this case the feet do not rest on the ground but on a rise such as a step, a step or a park bench.
The difficulty increases due to the fact that the path to complete hip extension is longer and the weight is distributed more heavily.

The start is in the supine position with the shoulders on the ground and the arms open as in the classic version, but the heels are inside the stirrups of the TRX. The condition is similar to the previous case, with an additional difficulty due to the unstable support of the TRX, which forces us to further stabilization work.

An even more complex variant of the suspension version, with a similar start and feet resting on a fit ball. In this case, in addition to the stabilization work, it will be necessary to have a great perception and an excellent balance to perform the series correctly. 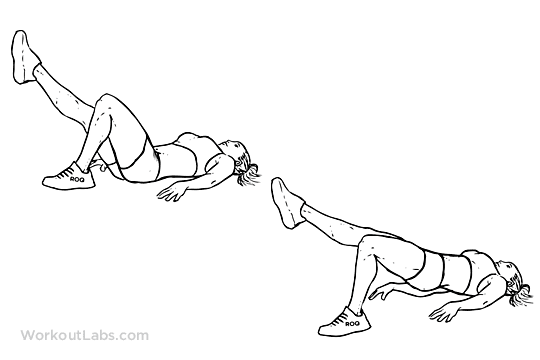 This variant is applicable to all the previous cases, with the substantial difference that the support of the lower limbs becomes monopodalic. Personally I find this exercise particularly interesting for all combat sports and martial arts where front kicks are foreseen (typically performed with the push of the hip). Particular attention goes to the version on fitball, where the one leg version requires special preparation, achieved through gradual steps.

I find the glute bridge an exercise in itself simple in the basic version, suitable for all those who approach the gym for the first time, not very burdensome and able to be performed even for those who do not have an excellent level of training.

However, in addition to its target for what concerns the involvement of the buttock, the bridge for the buttocks turns out to be very interesting for application to sports where hip extension is a fundamental mechanism: an excellent exercise to keep in mind for your circuits!

add a comment of Glute bridge correct execution and variants