Glucomannan flour, properties and use

Glucomannan flour it is obtained from konjac root, it is rich in minerals and low in calories, and very useful for reducing cholesterol, in case of obesity or diabetes. Let's find out better.

> 1. How glucomannan flour is obtained

> 2. Properties and use of glucomannan flour 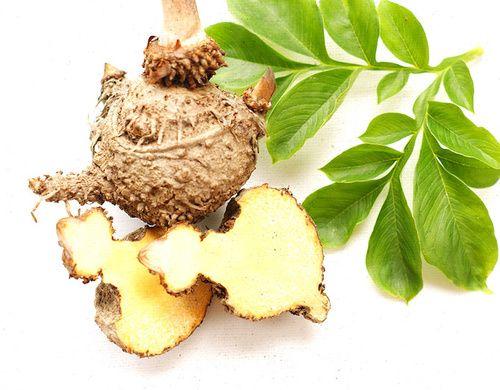 How glucomannan flour is obtained

Glucomannano is a water-soluble vegetable fiber derived from radice di konjac, a perennial herb that grows mainly in the mountainous areas of Japan, Korea and Indonesia.

The tuber, from which glucomannan flour is obtained, is composed of a polysaccharide consisting mainly of glucose and mannose. The plant looks a lot like a large beet and can weigh up to 4 kg.

Properties and use of glucomannan flour

Rich in minerals and low in calories, konjac root contains: glucomannan, cellulose, lignin, water and soluble fiber. Glucomannan in contact with water tends to swell considerably, without however breaking down into simple sugars, but increasing the volume until it forms a gelatinous substance that stretches the gastric walls reducing the feeling of hunger.

Glucomannan helps intestinal transit and reduces the absorption of sugars and lipids. It is considered useful in case of constipation, an ally in slimming diets, it is great for lowering cholesterol or in case of obesity or diabetes.

Konjac contains no calories and is gluten-free, making it ideal for celiacs.

Also discover the properties, use and contraindications of the Glucomannan plant 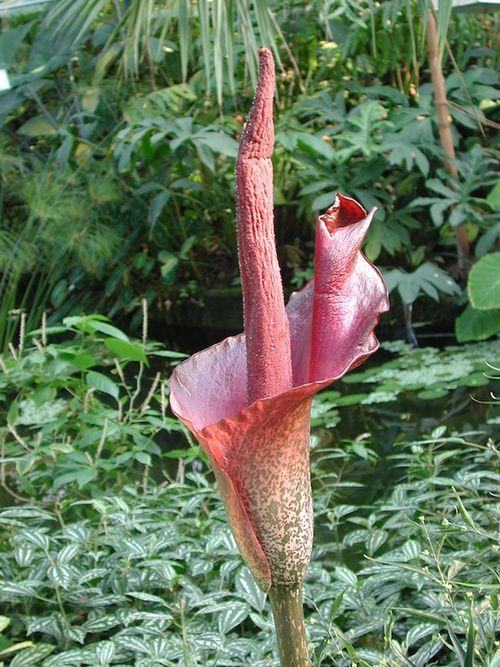 Glucomannan flour is widespread above all in Japan, where even more than rice has been used for over 2000 years, as an ingredient in noodles, named there shiritaki, some kind of spaghetti.

In addition to these, crackers and biscuits are produced, while in Korea they are eaten instead of potatoes. From this root is also obtained a particular gum that it is used as a thickener which is widely used in the food industry also as an emulsifier, gelling agent, stabilizer and soluble source of fiber.

It is found in baked goods, beverages, candies, soups and ready-made sauces and many other packaged and frozen foods. With this root a natural cleansing sponge is also made, totally biodegradable and purifying, able to give shine to the skin. The flour can be found in oriental products shops or supermarkets specializing in natural, organic products and special flours.

Glucomannan flour can be used in various ways, it can be worked and shaped with the hands in the form of pasta or spaghetti and it can also be used for cakes. Consumption takes place after boiling the flour or pasta that take on the appearance and consistency of a gel. Here is a recipe with shirataki already ready.
Ingredients (4pax):


Method: after cleaning and washing the vegetables, cut them into very thin strips. In a non-stick pan with high sides, or a wok, sauté them with the oil and soy sauce, letting them wilt. Meanwhile, boil the water of the pasta and as soon as it boils, immerse the pasta for a few minutes, four at the most. The pasta must be removed which is not yet fully cooked. Finally, sauté the pasta in the wok with the other vegetables, adding more soy sauce if necessary.

The properties and benefits of the glucomannan polysaccharide

add a comment of Glucomannan flour, properties and use