Give yourself a second chance: when is it worth it? 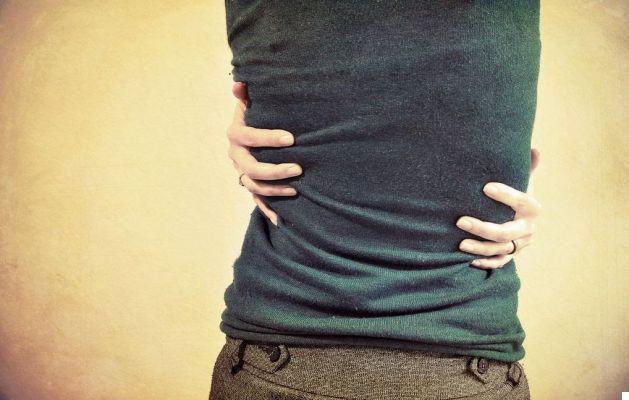 Giving ourselves a second chance is a great display of love and compassion for ourselves. But it is often easier to forgive the damage someone else has caused us and give them a chance to make amends than to forgive ourselves and try again.

In fact, we can become our toughest judges. We criticize ourselves when we make mistakes and label ourselves as helpless when we fail to achieve our goals. In a certain sense it is an understandable attitude because no one better than us can know our limits, but also to know that, if we really had given our best, we would have succeeded.

We cannot escape our inner judge. And that's not a bad thing, because that voice in our head pushes us to expand our limits and grow. But sometimes we can be too hard on ourselves and cross the line between constructive criticism and destructive judgment. When behind our "hard hand" there are habit, guilt, the inability to be indulgent with ourselves or the unconscious desire to punish ourselves, we have a problem that we must solve as soon as possible.

It is at this very moment that many people throw in the towel. They decide that they have lost the battle and that it is useless to keep trying. Then they can fall into a kind of vital apathy in which they deny themselves the possibility of being happy again or experiencing pleasure. To avoid these extremes, it is essential to learn to give yourself a second chance in love, work, work or life.

Why are we denying ourselves a second chance?

1. Because we are too demanding of ourselves

When we set very ambitious goals, settling for less is difficult. This is why we feel so bad when we make mistakes and our first reaction is to give up, thinking that we will no longer be able to achieve what we set out to do. In those cases we put into practice a sort of dichotomous thinking: either I can do it the first time or nothing. This kind of reasoning is the main reason why we reject a second chance and don't try again.

2. Because we ask too much of others

Sometimes we set the bar too high so that no one can jump. When we expect too much of others, it's easy to end up disappointed. If we feed unrealistic expectations about the relationships we establish and ask a lot of others, we are likely to end up with our backs to the wall. So we believe that the problem is others and we close ourselves to establishing new relationships, denying ourselves the possibility of being happy through them.

3. Why do we anchor ourselves in the past

There are people who do not want to look to the future because they feel comfortable in the past, even though they are aware that it no longer exists. These people are afraid of leaving the comfort zone and, for various reasons, they prefer to live in the world of memories. They believe that the present or the future has nothing as rewarding or exciting to offer as what they have experienced in the past. That's why they refuse a second chance.

4. Because we think we don't deserve it

Some people allow a mistake to determine the image they have of themselves. When they label themselves "losers" or "failures" they think they don't deserve good things, so they don't even look for a second chance. These are generally people with impaired self-esteem and a poor self-image that prevents them from fighting for what they want.

5. Because we are afraid of making mistakes again

In many cases, giving yourself a second chance means turning the page and moving forward, but that prospect can be scary for some people. If we have been hurt in the past, giving ourselves a second chance to love will make us vulnerable again. If we have failed in a professional project, taking a similar path again implies the possibility of failing again. Sometimes that fear is so great that it paralyzes us.

The 5 keys to give you a second chance

We are not always aware that the biggest obstacle to being happy again is ourselves. Our mind is complex and often sets traps that we fall into easily. However, there are three fairly common steps you can take to give yourself a second chance:

1. Don't rush to heal. The world will not end tomorrow, do not try to heal the wound by putting a band-aid on it because in the long run the remedy will be worse than the disease. Take your time to heal and start over again. Emotional wounds don't heal that easily, so you don't have to rush into the future. Just make sure you put the broken pieces back together. Go at your own pace, but make sure you take small steps towards healing so you don't get stuck in the past.

2. Open yourself to opportunities. One of the biggest mistakes we can make is closing ourselves off to opportunities. Sometimes, where we least expect it, a surprise awaits us that can change our life, or at least a part of it. Make sure the blow right away doesn't take away your desire to discover and explore. Be open to interesting people and proposals. So when a good opportunity knocks on your door, you'll be ready to take advantage of it and give yourself a second chance.

3. Learn from mistakes. You are wrong? Nothing happens, reflect on the decisions that brought you to that point and try to take a different path next time. Mistakes are opportunities to learn and do better next time. Experiences can make us wiser and more resilient, as long as we learn from them. After all, people are judged not by falls, but by the strength they have to get up.

4. Don't let failure hold you back. Failures can be painful blows that are difficult to endure. No doubt. But the real failure is not that of a professional project or a love relationship, rather it is letting that mishap determine your life forever. We are people in constant transformation, we evolve and learn, so there is no reason to think that what went wrong yesterday will not go well today.

5. Integrate the experience into your life story. A study conducted at Haverford College confirmed that in order to give yourself a second chance after a painful or difficult experience, two factors must come together. First, we need to make sense of what happened and, therefore, we need to reach a positive and consistent resolution. This "involves recognizing the negative emotions of the past and connecting them with the development of new ways of experiencing positive emotions in the present," as these psychologists explain. It means that it is not necessary to forget the experience, but to find a positive meaning in it to integrate it into our life story.

Why is it good to give yourself a second chance?

Second chances are great times to get what we missed the first time around. After a defeat or failure, we can learn from what we did wrong to correct and improve it. We can realize the things we fail at and the strengths we need to work on.

Also on an interpersonal level it is good to give a second chance. It involves trusting the other person and believing that change is possible. It also involves the ability to forgive and let go of resentment. In the long run, these relationships can even become stronger and more fulfilling.

When is it not worth it?

• You don't think the other person can change

• There is a pattern of systematic failure over time

• You are not matured enough to try again

Do we decide or do we let others do it? ❯

add a comment of Give yourself a second chance: when is it worth it?