Ginseng for sports: how and when to take it 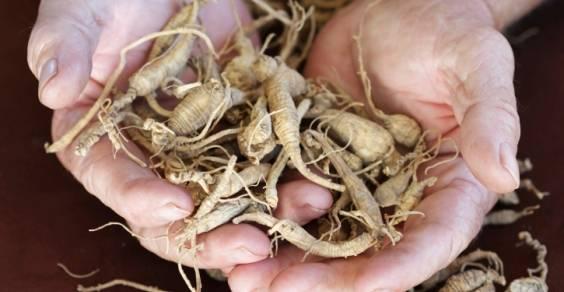 They say it revives the entire nervous system and is beneficial to the neuroendocrine and cardiovascular level. They say you radiate your body with energy. No

Here are the positive effects of ginseng, especially for those who practice sports.

Ginseng and the effects of ginsenosides on athletes

What are the ginsenosides? Super heroes? In fact, they act as such in the body and are responsible for the beneficial mechanism that ginseng releases in the body and which particularly affect athletes because they are able to mimprove and prolong sports performance.

I ginsenoidi are the active components found in large quantities in the root of this perennial plant of the specie Panax, which belongs to the Araliaceae family.

Panax comes from the Greek, from the composition of the word pan "all” and akeia “care”(Term from which the word el paesena also comes panacea, that is, a remedy for all ills); the term ginseng comes from the Chinese rènshēn, meaning "plant of Man", because, according to the theory of the Signatures, the shape of its root that resembles a human form.


Ginseng for the nervous system and the heart of athletes

Sportspeople benefit from ginseng especially when the autumn and winter season comes close and helps in case of mental fatigue.

Il ginseng it is also an extraordinary panacea for all problems nervous nature and since the nervous system it holds a little "the scepter" of the whole body, as chiropractors and other therapists know well, here, by restoring a fundamental balance, the remedy releases benefits to the whole organism.

Athletes who use it use oxygen more efficiently, reduce pre-race stress levels and record notable improvements at the level of cardiovascular and nervous system.

But be careful: we are not talking about pseudo-energy drinks or bars that are actually full of sugars and greatly alter the glycemic balance.

It seems that in particular the Korean red ginseng has extraordinary benefits on sports, as the Soviet pharmacologist Nikolai Lazarev had already guessed in 1947 and millennia earlier in the oriental traditions it was known in the popular field.

Ginseng belongs to the family of adaptogenic plants whose effects on sports performance have been studied for a few decades. In fact, the first results on adaptogenic plants and sport: for example the personal trainer Alvaro Molinos Domene, a member of the Spanish Olympic Committee, published in 2013 a review of the first scientific studies on the subject that highlights the purpose of these researches, namely increase the resistance to fatigue of athletes with alternative means to conventional anabolic stimulants which have severe side effects.


Unlike various stimulant drugs, adaptogens stimulate the body's metabolic systems and keep them active for a long time, while the chemical stimulants quickly exhaust their effect and require further administration to maintain high performance.


Valuable studies compare the Panax Ginseng Quinquefolius (American) and the Panax Ginseng C.A. Meyer (Korean); they differ in the different content of ginsenosides and, in particular, the ginsenoside Rg1 (stimulant) present in greater quantities in Korean Red Ginseng and Rb1 (calming) in greater quantities in Ginseng Quinquefolius. Both types of Ginseng contain many other ginsenosides that counteract various human diseases (diabetes, tumors, multiple sclerosis, etc.).

Splendid remedy for sportsmen, effective for all humans. As was already pointed out a long time ago by Paracelsus' theory.

How is ginseng found

Ginseng is a natural medicinal remedy that is found on the market in all its variants: Korean ginseng, American ginseng and Siberian ginseng (which varies a lot from the previous two but still has cardiotonic and invigorating effects).

It is located in powder or in capsules to swallow, while the dry root you can buy it in a herbalist's shop

NB: ginsen can interact with the action of medicines eventually hired and it is therefore appropriate discuss with your doctor or therapist in case you are following a drug treatment.

Find out more about ginseng and other plant adaptogens against stress

> Ginseng, how and when to use it

Audio Video Ginseng for sports: how and when to take it
Erythritol, benefits and properties of the sweetener ❯

add a comment of Ginseng for sports: how and when to take it