Gifts: How Do They Affect Interpersonal Relationships? 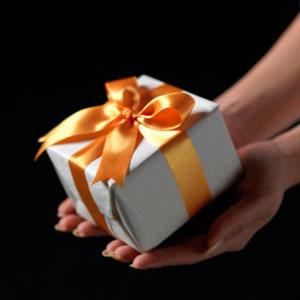 When Christmas approaches we begin to get nervous. We know we will have to buy gifts but… what can we buy that satisfies everyone? Sometimes it can feel like too much work in exchange for a poor reward, especially since people are convinced that we know them well enough as to guess what a "suitable gift for them" might be. Curiously, some psychologists have motivated themselves in this regard by asking how the quality of our gifts affects interpersonal relationships. In 2002, starting from an experiment developed by Murray, it was concluded that when we receive an "inadequate" gift from a person close to us, this would lead us to rethink the relationship, since we assume that the person does not know us well enough. Thus interpersonal relationships cool down and we gradually feel more distant from this person. However, Columbia University psychologists say that men and women act differently when it comes to gifts. To prove this theory, the researchers carried out two experiments. In the first, the students who volunteered would sit down to converse for four minutes with a newly known person of the opposite sex. After this, they were asked to choose a gift for the new friend; they had to select from a list that included the most diverse gifts. The essence of the experiment was that people, once they received their gift, had to evaluate the possible similarity with the new partner. Before starting the couple conversation, each participant was asked to rate each possible gift from a list according to their degree of preference. When the researchers examined the ratings in the preferences of the gifts and the gifts received, they observed that there were gender differences in the reactions. The men who received the desired gifts perceived themselves as very similar to the one who had given them the gift; thus suggesting that a better gift would have highly positive effects throughout the relationship. Conversely, women seemed to be less affected by the possible similarity, whether the gift was appropriate or not. So… couldn't Murray's study apply to men and women equally? The second experiment erased all doubts: This time the people who had to exchange gifts were having a heterosexual love affair. The rest of the experiment developed in the same way except that after each receiving their gift they had to answer a question: how long do you think your relationship will last? Again the men who received the most "inadequate" gifts assured them that they were quite different from their partner and that the relationship would end soon. However, contradictingly, this time the women who received "bad" gifts perceived a good similarity with their partner and hoped that the relationship would last a long time. What are these differences due to? Researchers say women tend to defend their relationship against adversity and environmental tricks. In this way, in the first case, since there was no relationship to defend, they were indifferent but in the second experiment they showed a defense mechanism, an "over-reaction" in the face of a totally inadequate reaction. Men, on the contrary, made an identification: "I don't like the gift and therefore I don't even like my partner so much". Of course, we must bear in mind that this experiment is about short-term reactions, those first thoughts that come to our mind when we are faced with a fantastic or totally inadequate reaction. Murray's experiment refers to reactions over a very long space of time starting from the following of the couple. In any case, I consider that there is also an eminently social explanation: women are more used to assuming the role of "misunderstood", we all know the phrases that say "women are a mystery", "not tempted to understand a woman" ... perhaps this social role that has been assigned to women leads them to have less expectations when receiving a gift, so that interpersonal relationships would be less influenced. However, just as men take on the role of "simple" and "transparent" their expectations would be higher so they would appear more unstable in relation to the assertiveness of a gift.

Memories: where are they stored? ❯

add a comment of Gifts: How Do They Affect Interpersonal Relationships?