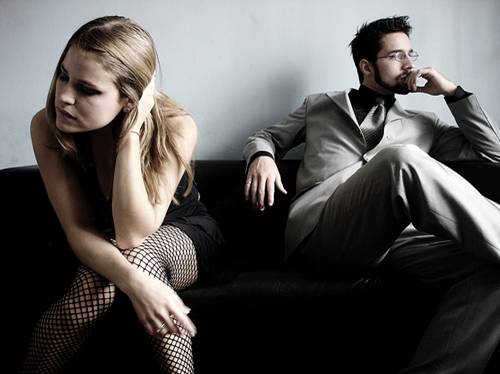 A
Cervantes once said that: “it is preferable
the worst reconciliation to the best divorce ". To be honest not
I coincide with his idea but it seems that instead there are many who do it.
In fact, regardless of all the difficulties that are experienced when it breaks down
a couple relationship, a large percentage of people choose to
reconcile. Statistically it is said that around 75% of people have returned
to live with the partner from whom she separated.

What…
reconciliation is based on ignorance of the facts, in the persistence of love,
in positive illusions or is it perhaps an occult masochistic tendency? The
causes that lead to reconciliation are manifold and range from the fact that
however love persists to the point of fear of being alone, or rather it is just ignorance
of couple habits. Of course, the ideal is that there is reconciliation
guided by love and that both recognize their responsibilities in
previous failure, to compromise to avoid the same mistakes in
future. Reconciling does not mean starting over
from scratch
Le
people are usually influenced by two great opposing theories: 1.
Human nature is stable and tends to avoid change 2.
Human nature is unstable and instinctively seeks Chi change
he lets himself be guided by the first theory and tends to think that there is a person
made exclusively for her in the world and, therefore, they will have to stay together
For all life. Whoever is guided by the second theory knows that love must
being fed constantly and that change in couple relationships
it can be a normal process when the reasons for being together are over. There
the truth is that both theories are both false and true at the same time. That is, the
change is necessary to develop as people but at the same time
we tend to resist it. It would be ideal to be able to achieve a balance
perfect between the two theories. For
as far as relationships are concerned, there are some things they can
change, as long as we try, but there are other aspects that will be particularly
difficult to smooth out. The ability to change plays an essential role
at the moment of rupture and reconciliation. Basically we decide to
breaking up a relationship when we consider that the other person cannot
change to meet our needs. On the contrary, we decide to
to reconcile when we have seen that the other has changed, or when
we believe it can really change. Obviously, evaluate the actual ability to
change is difficult (both for oneself and for others) and sometimes there
we are wrong in making the decision. But
if it is difficult to break up, it is even more difficult to reconcile. The fact is that the
reconciliation, however much we wish to understand it as a new beginning, is
rather an extension of the previous relationship. This means not
we can forget about everything that happened and that the past one way or
in the other it will always be affecting the new relationship. Is not the same thing
starting from scratch than resuming a path on which they are often already found
several unhealed wounds. To
anyway, the fact that there is a previous relationship history of the couple does not
it necessarily means that everything must be negative. If both are
able to learn from the past so as not to make the same mistakes and yes
seriously compromise in the relationship, then reconciliation can also
work. However, if one of the members is unable to forget what happened
or to compromise with change, letting the past come back to create
problems, then reconciliation will be bad and will only cause more pain. A
another detail that is often overlooked, especially when it takes place later
a very long period of time, is that the other person is no longer the same (in
good as bad). During the time of separation we often stand out alone
positive memories, and on many occasions, these make us idealize the other
person or consider only the more pleasant sides of this. Expect one
reconciliation with the same person is a utopia just as it is not possible
hope to keep only the positive aspects of the previous relationship. Also
in the latter case the change that has occurred in the other must not be
necessarily negative but rather to the contrary, it can bring a dose of
mystery to the relationship, allowing us to rediscover the life of a couple and live it
in a completely different perspective. summing up
Reconciliation
it is positive when: - There is
mutual trust. This means that both can regress without
resentment of the relationship because the wounds have healed, in such a way
that the past will not turn into an impossible boulder to sustain. - There is
love and passion. The rest of the motifs usually don't have enough strength
to make the relationship last satisfactorily over time. - Vi
it is compromised with change. They both recognize their mistakes and they are
willing to change to improve the relationship.
Narcissistic Triangulation: Putting a third person against you ❯

Men and women are different, even in the game

add a comment of Getting back together - is it worth it?