Generosity: A vegetable broth and three packs of painkillers 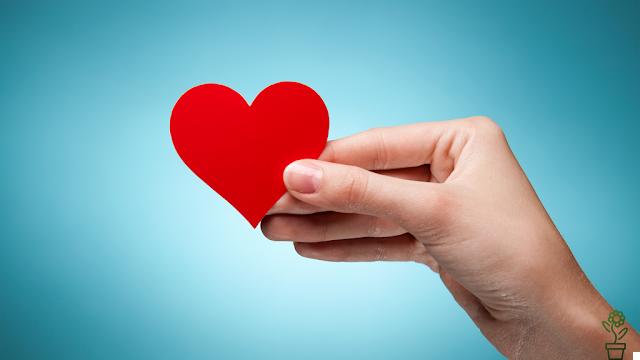 In a Bangkok neighborhood, a desperate child stole three packs of painkillers for his sick mother. The pharmacist discovered him, took him by the arm and slapped him causing a commotion that attracted the attention of the neighbors. The owner of a small restaurant that was in front of the pharmacy saw the whole scene. However, rather than considering him a common criminal, he approached the boy and asked him why he had stolen the medicines. The child, visibly embarrassed by what he had done, lowered his head, replied that his mother was ill. So the man took the money from his wallet to pay the pharmacist, then gave it to the boy along with a vegetable broth. Thirty years later, the owner of the restaurant fainted and fell, hitting his head on a curb. Her situation was dire and she needed immediate surgery, but her daughter didn't have the money to afford it. His father had never been greedy and had not amassed a great fortune. In desperation he thought that if he had been less generous and thought more of himself, he might now have the money to pay for the hospital.

However, when he was on the verge of despair, he received a document which read: "All medical expenses were paid with 3 packs of painkillers and a vegetable broth".

The boy who had stolen the medicines for his mother had become a doctor, worked in the hospital and made aware of the situation of the person who had helped him many years before, he decided to return the gesture of generosity.

This is the story that is told in an advertisement for a Thai mobile phone company and is aimed at motivating people to embrace generosity.

The best remedy for depression and stress

The benefits of generosity have been studied in the laboratory and leave no doubt. A study conducted at the University of Michigan looked at 423 older couples over a five-year period. It turned out that life expectancy doubled among those who volunteered or tried to help others.


Another study, this time conducted at the University of Buffalo, analyzed the stressful events to which 846 people were subjected for five years. At the end of the study it was found that those who were used to helping others suffered less stress and had stronger immune systems.

How can you be more generous?

In a society like ours, which enhances individual values ​​and competition, generosity is not the daily bread. However, we can learn to be more generous. In fact, a very interesting study from Harvard University gives us insight into when we decide whether to be more generous or selfish.

Over 2.000 people from all over the world participated in this experiment. Groups of 4 were made up and asked to donate part of the money they received to participate in the experiment. The money would be invested in a group project.

The point was that what represented a good investment for the group was not good for the individual. In some cases they were asked to decide immediately, other times they were given more time to evaluate the different options.

At this point psychologists have noticed that when we get carried away by the first impulse we tend to worry more about others and are more generous. However, if we stop and think, we encounter reasons not to be altruistic. In fact, during the experiment it was possible to discover that 10 seconds are enough to change decision and for reason to stifle the instinct of generosity.


67% of people made an impulsive decision and donated their money. But when they were given more time to think, only 53% agreed to donate their money. This is a significant difference, especially considering the only factor that has changed is the amount of time.

In this experiment it was observed that when we find ourselves in a situation in which we have to worry about the interests of another person, two brain systems are activated: one is fast and intuitive, and pushes us to be more generous, the other is slower. and rational and leads us to act more selfishly. Therefore, if we want to change habits and act more generously, we should follow the first impulse without thinking.

Remember that generosity is not just about volunteering or material possessions, it is also about emotional support. We don't always have the opportunity to make sensational gestures, but even small daily gestures can make the people around us happier.

The 8 types of negative thoughts you feed without realizing it ❯

add a comment of Generosity: A vegetable broth and three packs of painkillers