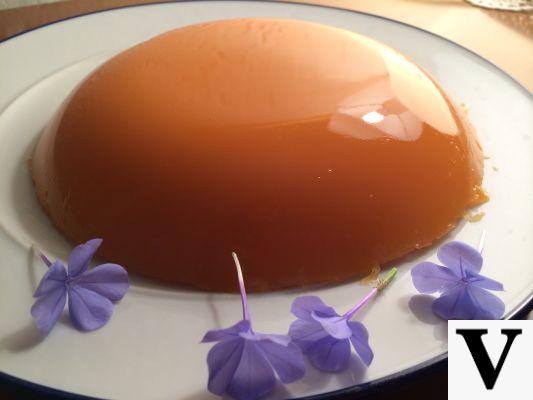 The heat at the gates makes you want to… cool! A beautiful quick quick recipe to do to combat the heat is the Frost of Melon or Mellone, to put it in Sicilian dialect, referring towatermelon. It is in fact a typical fridge specialty of your city, which can be prepared in a very short time.

Here's what it takes to make this delicious dessert.

Blend the watermelon until you get a fine and homogenous compound, free of lumps. To get a liter of watermelon, proceed as follows. Cut a slice of watermelon and remove the hard rind and seeds. Blend it and measure it until it reaches the liter.

Consiglio. The weight of the slice cannot be established beforehand because it varies according to the consistency of the watermelon, so it is better to proceed in this way, cutting thin slices to blend until you reach the desired weight. You can use the mixer or the blender.


Then add the sugar and mix. Once the sugar has dissolved, add thestarch, cinnamon and dark chocolate flakes. Heat everything over low heat until the mixture has become thick. Alternatively, you can also avoid cooking everything, mixing it well even after putting it back in the fridge. The result in this case will be more grainy, while the cooking process will make the Gelo creamier, similar to the consistency of a pudding so to speak.

Make the portions using small containers or bowls, to be filled just below the edge. Sprinkle with chocolate powder (or chopped pistachios) and cinnamon and garnish with some jasmine.

Refrigerate for at least two hours before consuming the Frost.

add a comment of Gelo di Mel (l) one