Gac: properties, benefits, how to eat

Il gac, the fruit of Momordica cochinchinensis, is rich in carotenoids and zeaxanthin, useful for protect eyes and the view. Let's find out better.

> Curiosities about the gac 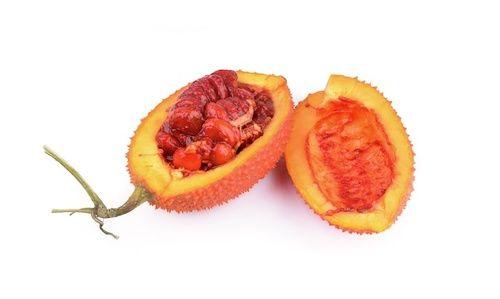 From the large area of ​​the South East Asia, which especially includes Thailand, Vietnam, China and Laos, comes a fruit with a particular appearance and surprising nutritional properties: Momordica cochinchinensis, generally known as gac or gac fruit, due to the Vietnamese word attributable to spherical fruits .

It is a semi-wild climber that produces fruits that when ripe reach about 15 centimeters in diameter and a beautiful orange color. The peel is covered with small spikes and has a texture similar to that of a balloon. The pulp (arils) inside is deep red and it looks like a gel that hides the seeds, as happens in different sizes for the jackfruit or for the pomegranate. It is almost tasteless, although its consumption is considered refreshing and pleasant.

The gac contains 40 kcal per 100 g. The intense colors of the peel and pulp of the gac are an unmistakable index of its content: high content of carotenoids, especially provitamin A, ten times more than carrots (children of populations that use it extensively have one of the highest levels of beta-carotene in the blood) and lycopene, the latter about seventy times the quantity contained in tomatoes.

It also contains zeaxanthin, excellent for protecting eye tissues from UVA rays, and vitamin E. The large amount of provitamin A is converted in the body into vitamin A, which is important for creating and strengthening lymphocytes and therefore the immune system.

Lycopene has important antioxidant qualities and therefore anti-aging and cancer prevention (especially the prostate) and arteriosclerosis. In alternative medicines it is used in case of anemia and burns and wounds. The yellowish membrane surrounding the arrilli is very rich in luteila and gallic acid.

Gac, like tomatoes, is one of the foods rich in lycopene: discover its properties 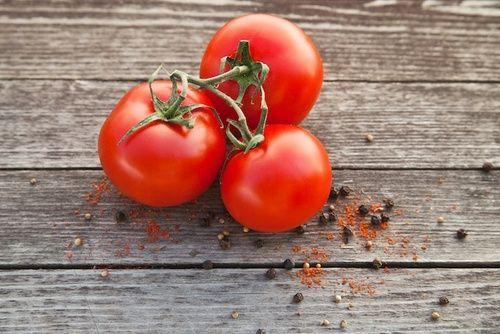 All the research carried out on the consumption of gac (especially Japanese, Vietnamese and US) agree in attributing only beneficial properties. Because of these, however, it may happen that products based on gac are sold, advertising them as "miraculous panaceas capable of curing serious diseases", resulting in misleading advertising.


Curiosities about the gac

The gac can be consumed fresh, cutting the peel in two and eating the contents with a spoon. The skin is soft and not as firm as that of a melon, so it is useful to help yourself with a dish.

Inside the arils there are large woody and knurled seeds, so it is important to be careful not to bite them hard. The traditional cuisines of South East Asia use it as an ingredient in many rice-based dishes: his pulp works perfectly as a gelling and thickening agent. Both in the areas of origin and in the United States it is also sold in the form of puree or juice.

The properties and benefits of the durian special fruit

Audio Video Gac: properties, benefits, how to eat
Spices, flavor and aroma on the table ❯

add a comment of Gac: properties, benefits, how to eat