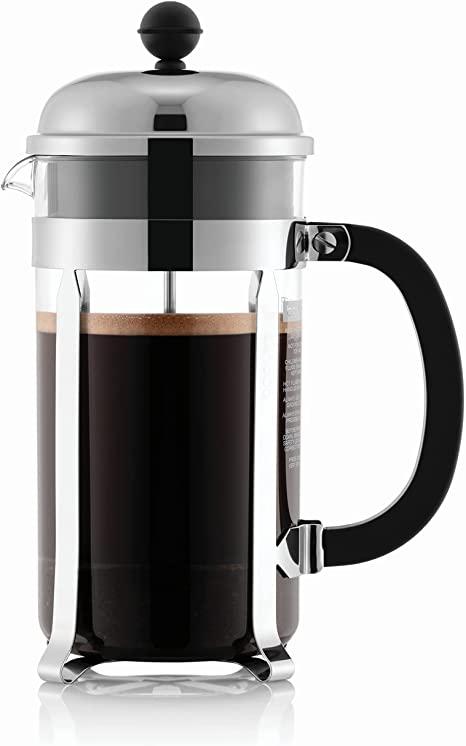 The French press exercise is also known as the Skull crasher

French press is a monoarticular exercise

The starting position sees the athlete lying on his back on a flat bench with the buttocks, upper back, shoulder blades and nape always in contact with it and with the feet firmly resting on the ground vertically below, or behind the knees, but never in front. The hips are abducted and the lower limbs push on the floor in a balanced way to ensure stability in the position. The back is in its position of strength, so it is not in contact with the bench at the level of the physiological lordosis. The arms are stretched, the shoulders flexed to varying degrees and proportional to the emphasis you want to give to the lengthening of the long head of the triceps. The minimum level of flexion is just over 90 ° (so with the bar above the neck when the elbows are extended), while the maximum is about 120 ° (so with the barbell above the forehead). The shoulders are also partially abducted. The handle can be prone / neutral or neutral; the neutral grip reduces the involvement of the wrist flexors and stabilizers, since the risk of excessive extension and the pronator muscles is eliminated. With a prone / neutral grip it is advisable to keep the wrists flexed or in an intermediate position. The execution consists in flexing only the elbows for a little more than 90 °, and then extending them again avoiding rebounds in the change of direction.