By healthiergang writer , swimming instructor and student in sports science.

Lo freestyle it is the swimming technique that is most used by those who approach the pool, or take their first swims in the sea towards the offshore buoy.

It is an apparently not very strenuous style, but whose learning takes a long time dedicated to training and a lot of patience to perfect each phase of its execution. 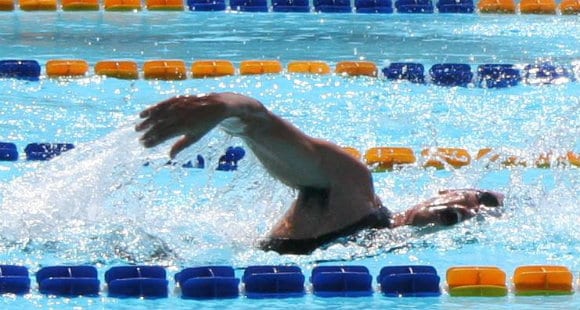 A bit of history

What we call "freestyle" is actually the "crawl" (from English to crawl = to climb). In 1844 when in Europe the main swimming style for the first competitions was the breaststroke, two Native Americans performed in London in what was described as the first "crawl". They whirled their arms and flapped their legs. It was a style never seen in the Old World. In 1873 John Trudgeon imposed the first crawl technique (hence its name).

In 1896 the crawl was a discipline included in the first Modern Olympics. In 1902 it was improved by the Australian Arthur Cavill to become the style we know today. The first language of your country to go under the barrier of the minute in the 100 sl was Carlo Pedersoli (actor Bud Spencer recently passed away) in 1950 with 59'50 ”.

Alternating movement of the arms accompanied by continuous propulsion of the lower limbs in a horizontal position on the water with the face facing down (cit. Wikipedia). This is the simplified technical definition of freestyle. To read it seems easy to execute, in reality a correct execution requires patience and dedication.

Starting from the English definition - to crawl - we can guess that the movement in the water will be similar to clinging to a support, pulling your body forward and in the meantime looking for a grip with the opposite limb. Like climbing a rock face. We advance step by step.

In learning the freestyle technique the first thing to learn correctly is the position of our body in the water - trim - which must be horizontal, parallel to the bottom of the pool. The gaze is slightly forward and down, the head horizontal to form a minimal frontal impact section. To obtain a position that is as aerodynamic as possible to slide on the water, you need to stretch your arms forward by overlapping one hand to the other (in the shape of an "arrow").

The most common mistake in the phase of learning the attitude is to sink or raise the head excessively: this involves the destabilization of the whole line and the formation of excessive drag that slows us down. To move forward in the water when we are in an excellent trim position, a leg kick is required: this is the first propulsive movement that is spontaneously performed.

However, it is not the real "engine" that makes us move forward: the leg beat is alternating, it has a lower propulsive function than the arms, it serves to give support and the right position of the body. 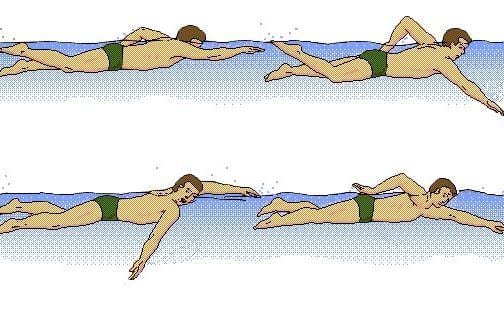 Proper leg movement is done with the limbs extended (minimal knee angle), the ankle is hyperextended, and the instep pushes back to provide propulsion. It is precisely from the ankle / instep that the maximum propulsive efficiency of the lower limbs comes.


The most common mistakes are: making a movement that is too wide (similar to that of divers with long fins), the foot coming out of the water making noise and splashing (useless waste of energy as it moves air and not water), "breaking ”The limb at the knee (like“ bicycle ”- typical movement of those who play football), stiffen and do not extend the foot.

As anticipated, the real driving force of freestyle is the arms. The movement is alternated forward in search of a grip to hold on to to advance the body in the water. First of all, the movement of the arms proceeds along an imaginary straight line that joins the hand to the shoulder: the stroke must not be "closed" or "crossed", nor open. It is divided into several phases:

# 1 Entering the water of the hand which represents the ideal extension of the shoulder - it must enter with the fingers, not with the palm or with the wrist, in a shallow depth and the forearm follows.

# 2 "Catch" or "catch": the hand clings to the "water" handhold. Here begins the propulsive phase, it is the moment in which I apply the force and we begin to push to advance the body in the water.

#3 Two specific hand movements follow, called “downsweep” and “insweep”: that is, the hand rema (to sweep) first downwards then backwards inwards. This movement of the arm is necessary to always look for new aquatic grips to cling to in order to proceed.


# 4 "Upsweep" upward and outward arm / hand movement: this is the real driving moment.

# 5 Arm exit / recovery: takes place effortlessly, with a relaxed movement and high elbow. The arm should be repositioned early on to begin a new cycle. The arm will always be parallel to the midline of the body to avoid energy-intensive movements.

Some common mistakes of this stage are: acting with the limbs in opposition (the movement is alternating and fluid), swimming with outstretched arms (like a Mississippi boat), slowing down or not performing the energetic propulsive movement of the hand in the final phase, missed "catch" phase. Now that we have a good buoyancy, that we have inserted the propulsion of the legs and arms, it is important to breathe.

Breathing deserves a separate chapter because it is often one of the “sore” notes of those who swim, approach the discipline and want to learn. From a purely technical point of view, breathing takes place by turning the head to the right or left, with the gaze turned to the shoulder while keeping half of the face (ears and cheek) immersed in water if possible.

Breathing occurs when one arm begins to recover and the other has just entered the water, the shoulders are rotated and follow the movement of their limb, the pelvis is slightly rotated to balance the position of the body as well as the legs. At that precise moment it is sufficient to take a "breath" of air and submerge the face immediately expelling the carbon dioxide.

La breathing is bilateral and occurs every 3 strokes, both right and left. It guarantees symmetry of movement to have a constant propulsion with the aim of always pushing and taking as few breaks as possible. The breathing movement must not alter the rhythm of the stroke, it must not change it.

Some common mistakes are in raising the head excessively to breathe (ruining the entire buoyancy position and causing friction), and in not being able to coordinate the inhalation / exhalation phases with the stroke ("timing").

After having also entered the breathing, we can perform the complete freestyle: fluid, seemingly effortless, smooth and hydrodynamic without excessive splashing or noise. It is a cyclic style, as there are alternating phases (support, pull and push). In the technical nomenclature it is said that 6 strokes of the legs correspond to 1 stroke cycle (1 cycle = 2 strokes). The most common mistake is to produce a paused, syncopated swim. 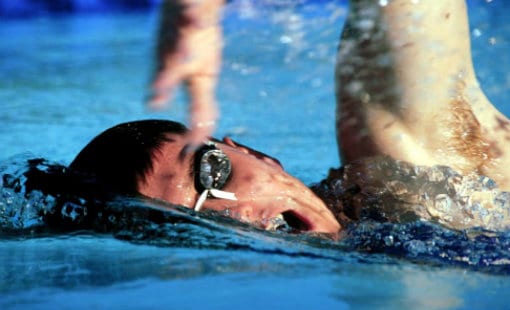 Swimming in general is a sport that stresses all muscle groups. Specifically, the muscles mainly involved in the execution of the freestyle are:

#1 “Core” superficial and deep abdominals + loins for a correct horizontal position of the body, following the movements of the arms and legs to maintain balance.

# 2 Triceps: in this case it has an agonist role in the moment of the propulsive phase of the arm as it must produce an energetic movement of the forearm and hand.

# 3 Great Dorsale: works as a stabilizer for the arm and forearm - allows the triceps to contract efficiently. Contributes to propulsion movement.

# 4 Deltoid (front - back): they are important in the initial support and grip movements but do not intervene in the propulsive phase. Many shoulder injuries happen precisely because you try too hard at this stage.

# 5 Buttocks: contracts contribute to the maintenance of the structure together with the abdominal and lumbar core. They also intervene in the kick.

However, excessive leg muscles (including buttocks) is a disadvantage in terms of oxygen expenditure (excessive consumption) and excessive weight (too much muscle tends to sink and produce drag if the kick is not correct).

In presenting the freestyle in its main phases and indicating its correct execution, I followed the didactic progression that is used in swimming schools. It is always important start with the simplest movements to then land the most difficult ones.

In your path to master freestyle, if you run into an obstacle try to focus on the single movement that is not good for you, break it into its phases and then put it back together. It is a job that requires patience and determination.

For example, if you are not fluid in the stroke, you are unable to insert the breathing, break down the movement, practice the movement of the head and then add the stroke, and so on ... Now that you have discovered all the secrets of freestyle, I wish you good training!