Four emotions invented by the Internet 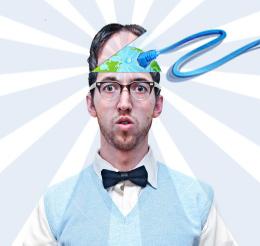 For better or for worse, in the small details or in aspects
really significant, the internet has changed our lives. Effects
negative and positive of the network has been talked about a lot and, without a doubt, will be talked about
a lot also in the future; but now there are even specialists who speak
even how the Internet and modern technologies have contributed to
enrich the world of our emotions.

1. A
mild anxiety attack when freezing the chat window in which
we were having a conversation. This feeling of anxiety lasts for a while
short (between 30 seconds and 1 minute) and as time passes the person does
asks if there will be a technical problem or
if the other has simply disconnected. At this point we establish some
assumptions about what may have happened to the other person and who suffers from
paranoia can come to imagine real conspiracies. At this point the person can also experiment
accelerated heart rate and depersonalization. Also, while watching
the monitor with an expression devoid of concentration, tends to have thoughts
catastrophic that lead her to doubt her own abilities
relating to others. 2 Go to
sudden and irrational in response to reading a @ in Twitter. This
response may not be particularly offensive and even
it might be frivolous or overly nice, but it awakens one in us
feeling uncomfortable making us think: "why is this idiot following me?" Sometimes this feeling
can go wild starting from an avatar
which is particularly stupid or offensive to us. Obviously, after a few minutes
the person realizes that his reaction is excessive and totally
inappropriate and controls it. 3. Anxiety
widespread caused by sitting in front of the computer for a period
prolonged without having a specific goal. In general
the person experiencing this sensation holds various windows of the
browser and several unfinished Word documents. The person switches from an activity
to the other by spending a few seconds in each of them and experimenting with one
sort of desperation. During this period that can turn out more or less
long, the person tends to experience depersonalization, blurred vision,
anxiety and boredom. Obviously, anyone who has a practical sense of life realizes
who needs to take a break to rest, but many spend several hours in
this state. 4. Feeling
of fatigue and disconnection while writing some messages. There are
people who actively comment on blogs, forums and other sites. These people
they tend to read the news and, motivated by the content of the news, they start to
write your own opinions with a lot of passion. But later, when you do
they realize they have written more than three paragraphs, they wonder if the
length is adequate, they retrace their steps and re-edit everything, adding
or by removing parts. Eventually they experience a feeling of fatigue and
disconnection and even may consider that the news was not then
as interested as they thought. Thus, many times they end with deleting the
comment, action that generates relief and helplessness at the same time,
depersonalization and fragility. To be totally honest, even if the authors
they present these emotions as totally new and created by the Internet, to say
the real are nothing more than sets of emotions that we were already capable of experiencing
but which occur together when we are connected to the network and when the person
it has some personality characteristics that make it particularly
predisposed to fall into this vicious circle. So, even if from the point of view of Psychology
these emotions represent nothing new, from a practical point of view
turn into an alarm bell for all regular users of the
net.
Pathological Anger --What Is It Hiding? ❯

add a comment of Four emotions invented by the Internet