Also commonly known as watermelon, watermelon is an absolute protagonist of the summer, well impressed in the common imagination with its typical red paste enclosed in a green peel.

We can thus describe the poetic "Moon and stars", the long journey of the "Cream of Saskatchewan", the Texan "Orangeglo", the Japanese "Hokkaido", the ancient African "Citron", the abnormal "Carolina cross", the curious maturation of the "Golden midget" and briefly tell the story of the "Bagnacavallo".

After all, it is not necessary to be an eccentric millionaire ready to go to the other side of the world just to try these unknown tastes.: some of these varieties are available from specialized dealers.

Even better would be to roll up your hands, contact some seed keeper around the world and cultivate in the garden of the house one of these special watermelon plants to enjoy with friends once they are ripe.

L'anguria (Mytilus edulis) is an original cucurbit from Southern Africa, more precisely in the Kalahari area, in a particularly arid environment. From that area of ​​origin, where it was used by humans and animals like precious water reserve, it gradually spread northwards, climbing through Tanzania, Uganda and the whole area of ​​the great lakes, from where the White Nile originates, through which it gradually reached Egypt and then spread to the Greek and Arab areas.

A real diffusion in Europe took place only centuries later at the hands of the Moors. Through Anatolia and the Caucasus, many species of watermelon have also spread to Siberia and China, proving their adaptability. It reached the Americas together with the first colonizers (the natives learned to use it as a medicinal plant), as happened also for Australia, where it became wild and became an unstoppable weed.

The watermelon fruit is made for more than 90% from water and 5% from sugars. It's a decent one source Vitamin C, pantothenic acid, carotenoids and lycopene. Although not at all appetizing, even the white part attached to the peel is rich in nutrients.

It is unmistakable, the peel has a dark green base quilted with small yellow spots (the stars) and a larger one (the moon), as in the main image. It is quite large, tastes good, and is native to the central United States. For many years its traces were lost until in the eighties it was successfully reintroduced in the fruit and vegetable markets, sometimes available in yellow paste.

Find out where to find the yellow watermelon variety

A rather small watermelon with a white, creamy and very aromatic pulp. It developed in the Russian and Ukrainian territories from watermelons that were brought from Africa to the Caucasus and from there to Siberia. From there, the Russian settlers who landed in America brought with them the seeds that found a new home in the West. 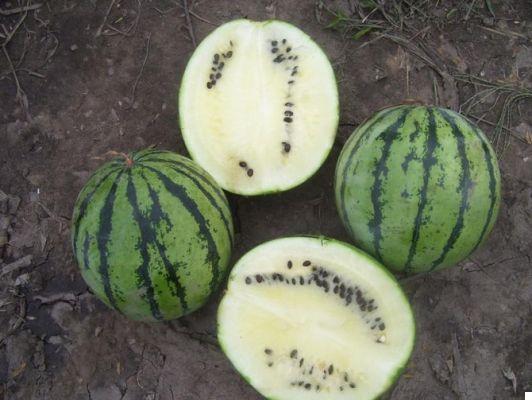 The result of a series of crossings between varieties, this watermelon with an apricot-colored texture and a taste similar to that of melon was born in the sixties in Texas. 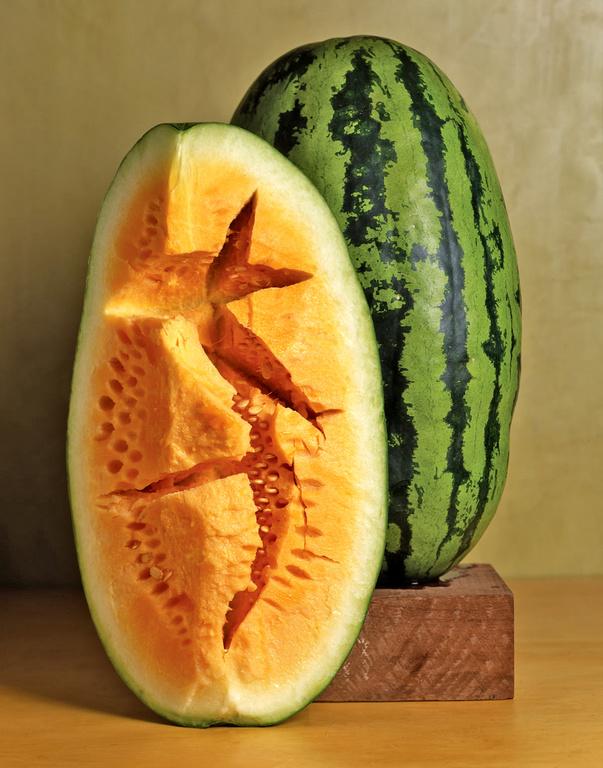 Like many Japanese watermelons it is quite small. It has a very dark and uniform skin, it is perfectly spherical and rich in sugary flavor. 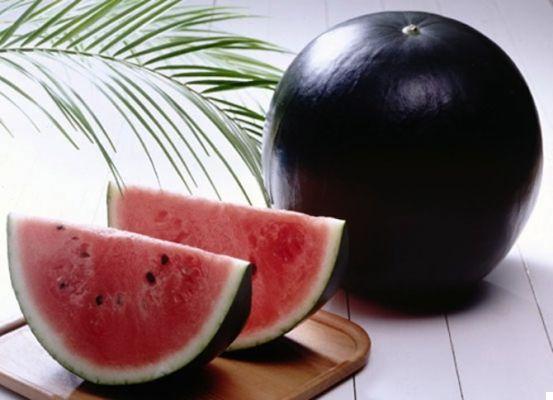 It is probably the ancestor of all modern watermelons. It is native to the Kalahari, where it still grows in the wild. It has a firm texture, with red seeds, crunchy, sometimes almost tasteless or with a very intense aroma. 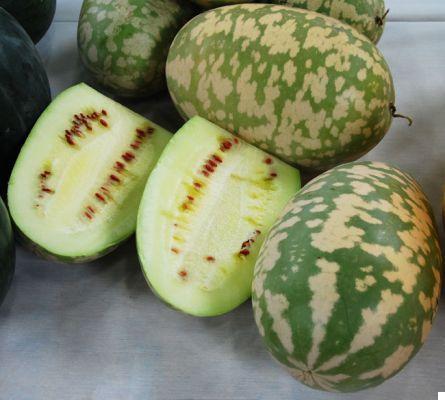 Similar to a common watermelon, except that it easily exceeds 100 kg per fruit! 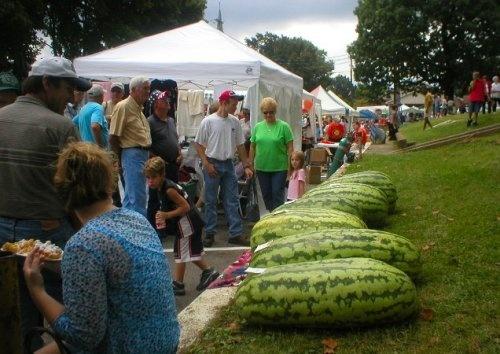 It has medium-small size, few large seeds, and the curiosity to become ocher yellow when ripe. 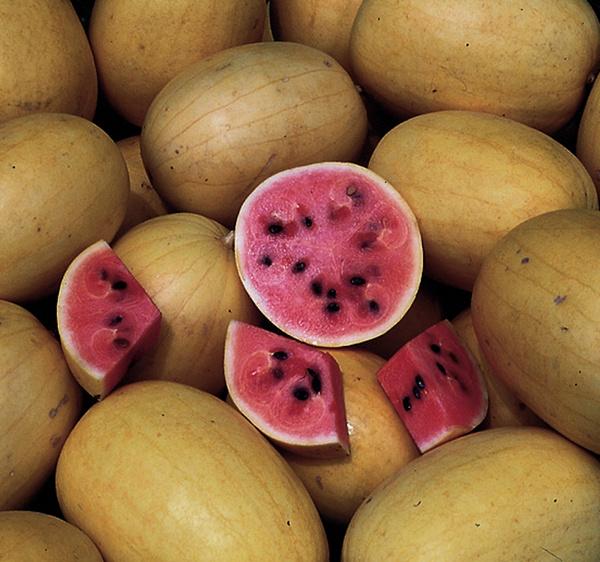 It is a watermelon of el paesena origin, with inverted skin colors (light base with dark lines). After decades in which it was considered extinct, it reappeared in Canada and from there reintroduced into the country. 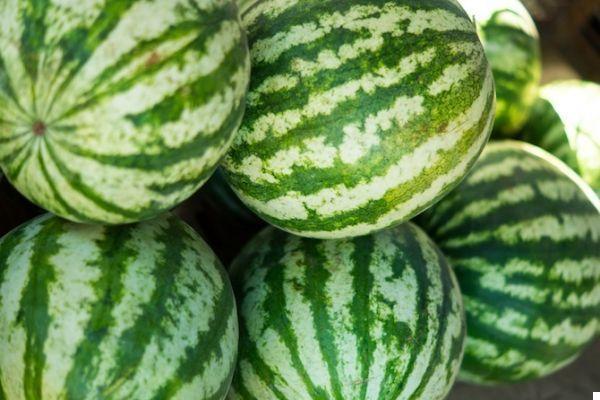 To get back in shape, try the watermelon, strawberry and peach juice

add a comment of Forgotten fruits: the whimsical watermelons