Foreign Languages: We are more rational when we think in one of these 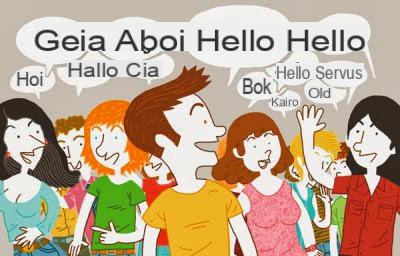 One of the major contributions of Psychology was
to document in detail the infinite variety of ways in which one
carries out our thinking and how it deceives us. Now, a group of University researchers
of Chicago found that people are immune to two thinking tricks
very common; but only when they think in a foreign language.

The first part of the research consisted in creating the "paintings"
in which to develop the problem. The participants were told about this
to the experiment, which 600.000 people risked dying from one
illness. Later, half of the participants were told they had to
choose between two options: (a) that they could save 200.000 lives for the price of
losing the others or (b) having a 33,3% chance of saving the
600.000 people and a 66,6% chance of not being able to save anyone. The other half of the participants were offered a
different picture: (a) choosing a medicine that involved the deaths of 400.000
people and survival of the rest or (b) have a 33,3% chance that
no one died and 66,6% that all 600.000 people died. The curious side is that for each of the opportunities offered
the result is the same, except that each choice is presented in a different one
different perspective or "picture". Thus, the first group preferred option (a) because
it gave him more confidence while the second group chose option (b) given
which he did not consider the first option convincing enough. Up to this point, nothing had been discovered
new one. They already knew that our decisions largely depend on the "framework"
in which alternatives are presented to us. Anyway, the researchers
they introduced a variation in the experiment: they asked people to think in
a foreign language. In this case, people were not victims of the effect
of the "picture" but rather made their decisions rationally. Because? Researchers believe it is due to the fact that one
foreign language allows us to take a certain psychological distance,
allowing us to think more logically. Also, the fact that we have to
trying harder to think in a foreign language also contributes to this
to reduce the tendency to follow pre-established thought patterns e
it would motivate greater reflection. So we know if we have to make a decision
important, perhaps we should think in a foreign language; clear, this
it applies to those who master the language with a certain fluidity.
Early academic teaching creates harm in children ❯

add a comment of Foreign Languages: We are more rational when we think in one of these