Foods that are addictive 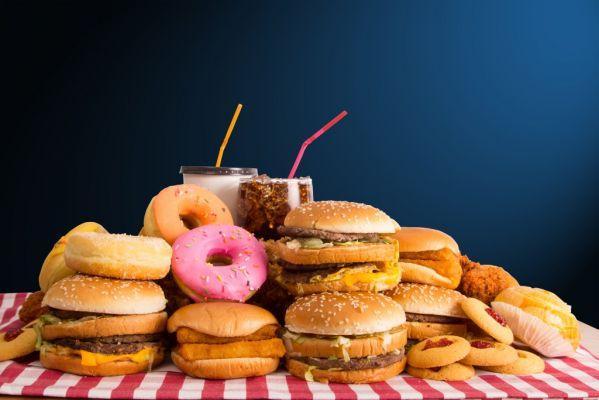 In some stages of life it happens to find each other addicted to some food and understand it only in retrospect. This is especially true for some highly processed foods or foods that have undergone different stages of processing.

They are real ones foods that enslave us and trigger mechanisms in the brain similar to those of drugs and one of the few differences is in the sense of satiety that is achieved by eating, a factor that is lacking in the dimension of drugs.


Hormones and addiction to certain foods

Foods to which they have been added salts, sugars and fats, they act on the receptors of the dopamine, just what happens when you take drugs. There addiction is physical in effect and leads toaddiction, since the intake of fatty foods stimulates the receptors of this hormone.

In the absence of stimulation by these receptors, the body feels deprived of a substance and goes to request it from its own organism, triggering the mechanism of addiction. Not finding it, leads to further consumption of this dangerous category of foods that are harmful to health and do not exceed the diet in any way.


One really becomes succubus of some foods.

In addition to chocolate (species if with milk or in any case very processed and enriched with sugars) and alcoholCereal flours and products such as bread, pasta, pizza, desserts, brioches, wraps, focaccia, biscuits, breadsticks.

The same is also true for hidden flours like excipients in a myriad of packaged products, which could actually be addictive and make it harder to lose weight, as well as harm the body. They are also addictive fast food products, packaged ice creams, popcorn in bags, candies and various sweets.

Comfort food: what are the foods that console us?

Obesity from the perspective of addiction

Nicole Avena, a pharmacologist at the Icahn School of Medicine at Mount Sinai in New York and co-author of a research linked to the stimuli produced by certain foods, is adopting an approach towards her obese patients more similar to the one already used for those who are addicted to drugs and alcohol.

The doctor asked 504 participants to identify the products that make them succubi of food. He encouraged attendees to use the Yale Food Addiction Scale, which also asks patients to count the number of times they repeat phrases such as: "I eat to the point where I feel physically sick" or "I spend a lot of time at feel weighed down by food ". The foods specifically identified by the YFAS as causing food addiction were those high in fat and high in sugar.


Obesity is not only one of the consequences related to the consumption of this type of food. Exceeding a diet that includes highly processed foods is incurred insulin addiction, celiac disease, rheumatoid arthritis, peptic ulcers. Various forms of allergies e autoimmune diseases. The energy level in general is low and they go wild inflammation in different peers of the body.

In the case of fatigue and disorders related to addiction to certain foods, you can consider resorting to a good detoxifying diet. Once you have resumed your daily diet, you can pay attention to insert cooked, stewed and lightly seasoned vegetables instead of the generous plate of spaghetti with rich dressing. Fresh vegetable before a healthy plate of rice. The variations can be many and only need to be deepened in order to become healthy habits.

Mood food: the link between mood, food and health

> Detoxifying foods: what they are and when to take them

Audio Video Foods that are addictive
Lentil flour, properties and use ❯