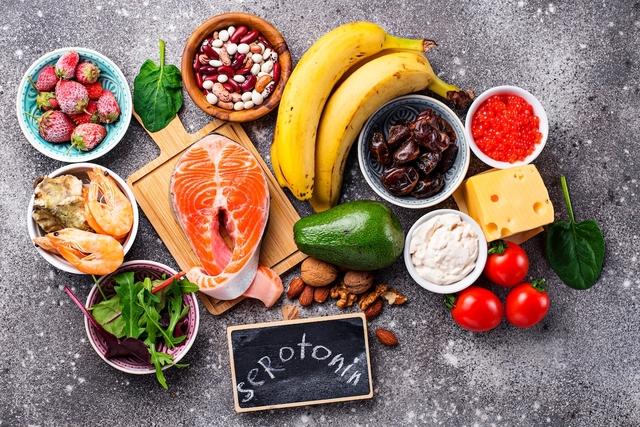 We can talk about "foods of good mood”, That is the list of all those foods whose tryptophan contribution is such as to bring benefits to our body on a psychological level.

From spinach to strictly dark chocolate, passing through turkey, salmon and whole grain soup: here are some anti-stress foods to put on your plate, especially after a particularly heavy day that has left us in a bad mood.

In fact, they are now numerous scientific studies that prove the anti-stress effects of certain foods, especially those that contain "serotonin" (the molecule of good mood) or related molecules, "dopamine", the "pleasure molecule" and substances that reduce the concentration ofmain stress hormone, il cortisol.

Excessively low levels of tryptophan they influence cognitive processes both in healthy subjects and in those with a "serotonergic vulnerability" and its plasma measurement becomes an important index of malnutrition.

However, it is worth mentioning that if the intake of pure tryptophan increases the production of serotonin ma this is not usually true for foods that contain it.

Simplifying as much as possible we can say that the presence of other amino acids (in dietary protein) prevents its absorption at the brain level.

To get around this limit some authors propose the consumption of foods particularly rich in tryptophan, so as to tip the balance towards this amino acid with respect to the others and thus allow at least a modest absorption by the nervous system.

It has finally been shown that take the above foods in a carbohydrate-rich meal (bread, pasta), it can increase the absorption of tryptophan in the brain, because some of the other amino acids are sequestered by the muscle cells behind the impulse provided by the release of insulin.

The serotonin thus produced is partly converted into melatonin, which could account for the post-meal sleepiness typical of carbohydrate-rich meals.

However, some authors suggest that the bad mood that is often noticed in subjects following high-protein diets could also be due to this aspect., i.e. the insufficient consumption of carbohydrates that does not allow adequate cerebral absorption of tryptophan.

Headache? It affects one in five people. Having genetic components, mom and daughter can suffer from it in the same family. Healthy lifestyles help reduce the frequency and intensity of attacks but may not be enough to eliminate them.

When the headache interferes with daily activities, the doctor will choose the most specific pharmacological interventions, starting with the least evaluated ones.

Here, then, is how the tryptophan can come to the aid of women for example when the headache is accompanied by premenstrual depression. This interesting connection has also emerged from some studies, in which it has been observed how chronic tension-type headaches and headaches have at the base of the abnormalities of the metabolism of tryptophan and tyrosine.

Finally many testimonies support the hypothesis of the role of serotonin in the pathophysiology of fibromyalgia, through a reduction in the plasma levels of this substance and an increase in kynurenine in the cerebrospinal fluid, with a consequent increase in the perception of pain.