Foods for the lazy intestine 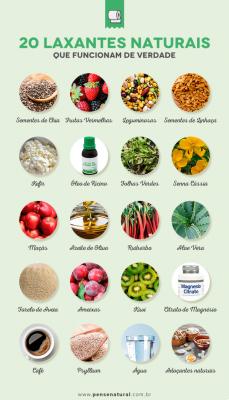 A regular intestinal motility can be guaranteed by a balanced diet, in which they are privileged foods rich in "slag", able to increase the production of fecal mass and to make "gymnastics ”to the intestine.

Between foods from use in moderation, or severely limit, there are foods rich in spices, which can irritate theintestine, those with a lot of sugar and chocolate, refined foods and high-proof alcoholic beverages.

On the other hand, they can help against a sluggish intestine:

But let's first see what the causes of lazy bowel.

When the gut just doesn't want to work!

Constipation (or constipation) is a common condition in many people, so common that you often go to your family doctor for help and advice.

However, it is not a disease but a symptom that something in our intestines is not working perfectly and which leads, in an extremely annoying way, to symptoms such as pain in the lower abdomen, swollen belly, inability to evacuate satisfactorily, etc.

By lazy bowel we mean, clinically, a decrease in the frequency of intestinal discharges (equal to or less than three times a week), therefore a difficulty in regularly emptying the bowel with consequent dehydration e hardening of disastrous.


However, the diagnosis of "lazy bowel" is difficult because in many people even an infrequent bowel movement can be normal, as long as it is not painful and does not leave a sense of incomplete emptying.

Very often the reported disorders are linked to functional pathologies of the intestine, in others it is stress, nutrition and the environment are among the causative factors.

On the other hand, the life that most of the Western population has been leading for several decades is sedentary, unregulated and stressful, meals are increasingly hasty and messy, excessive consumption of salt, sugar, coffee is now a habit, along with one more and more poor fluid intake.

I food changes recommended here, useful to help our intestine, must take place gradually because this important organ goes gradually re-educated to avoid that the too rapid increase in dietary fiber causes ailments such as abdominal pain, cramps and flatulence.

A comparison between people hiring one high fiber diet and those who introduce little of it have shown that in the former not only the fecal mass is increased but also that intestinal transit occurs faster since it is completed in 24-36 hours, while in the latter it takes up to 100 (four times more) .

La soluble fiber, Such as pectin, is present in the vegetables and fruit (especially in the peel) and in contact with water it has the characteristic of forming a gelatinous mass, while the insoluble fiber, Such as cellulose we can find it in dried fruit, cereals and wholemeal derivatives such as rice, bread, pasta and bran and tends to absorb large quantities of water thus favoring an increase in stools.


As for the dose of fiber to be introduced daily with food, it is known that the recommendation is approximately 30 g per day.
This quota can be achieved through the consumption of:

Do you know what other high-fiber foods are?

It is a useful food in all those situations in which it must rebalance the intestinal bacterial flora. It can represent a valid support by providing "live" microorganisms of Saccharomyces cerevisiae that compete with the onset of pathogenic bacterial flora, improving instead the beneficial one.


In addition to cool shape, brewer's yeast is found as supplement in tablets or in powder and flakes to combine, for an energetic and satiating breakfast, with cereals with the addition of milk or in a jar of natural yogurt.

It contributes, together with other therapeutic foods, to maintain the regularity of defecation. It is thefood par excellence of the intestine so much so that he can be defined as a "police officer" of this body.

Once crushed, the pollen grains can be chewed directly or dissolved in lukewarm drinks. The recommended daily dose is one teaspoon a day, better in the morning at breakfast for its tonic effect.

Pollen has always been used as a tonic with innumerable properties. Here because

Many herbs and plants they lend themselves well in performing a function against constipation.

However, it is always important to favor the action of vegetable fibers add at least 1-1,5 liters of water (since this constitutes 80-85% of the feces) also in the form of drinks of various types such as citrus or fruit juices possibly diluted, herbal teas e tea.

To learn more:
> Proper nutrition in case of intestinal infections

add a comment of Foods for the lazy intestine