The fonio (Digitaria exilis) is a suitable cereal rich in magnesium, calcium and zinc for those suffering from diabetes and celiac disease. Fonio is one of the cereals of ancient use and among the most cultivated in the world, currently also rediscovered for weight control. Let's find out better.

> 1. Properties and benefits of fonio

> 2. Calories and nutritional values ​​of fonio

> 4. Description of the plant

> 5. Curiosities about the fonio 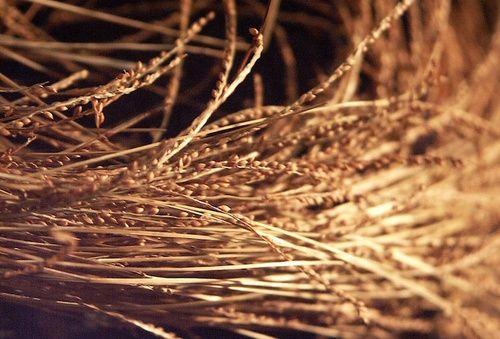 Properties and benefits of fonio

The fonio it is comparable in terms of food to the more common rice. Compared to other cereals it contains more carbohydrates and less proteins and lipids.

Another advantage is the richness of mineral salts such as calcium, magnesium, zinc and manganese. It also contains good percentages of iron and essential amino acids, such as methionine and cystine, necessary for our body since we are not able to self-produce them and so we need to be introduced through the foods that contain them.

Can also be used by celiacs or intolerant to gluten since it does not contain the gliadin and glutamine proteins constituents of gluten.

It is used for it weaning of the newborn and in children e also for the 'senile nutrition thanks to the versatility in recipes appreciated by older people. It is also recommended in the diets of people suffering from diabetes (thanks to the low percentage of sugars) and overweight.


Prepared as a soup, in salads, boiled, fried, or as an alternative to couscous, as it has a very similar consistency; and also possible to reduce it into flour for the preparation of desserts, meatballs and bread or drinks such as traditional beers and typical liqueurs.

Calories and nutritional values ​​of fonio

It is considered a cereal even if it is a herbaceous plant with annual cycle rhizomes which develops in height for about 30-80 cm and produces very small seeds (smaller than millet) used as the major cereals.

Fonio is one of the oldest cereals used by man: it is estimated that as early as 5000 BC it was cultivated in Africa. The first producer in the world is Guinea, Ethiopia and Sudan with quantities ranging from 300 kg to 1 tonne per hectare.

This plant it does not require treatments and this is its added value which thus preserves the surrounding environment and the food health of man himself. It also has the particularity of being able to draw water and nutrients 3 meters deep in the soil, so this crop is excellent in the most extreme agricultural situations.


Furthermore grows in just 6-8 weeks thus allowing a quick harvest even if the subsequent phases carried out by hand are very demanding and expensive in time and labor: we think that in a single gram there are 2000 grains to be checked and selected, a job that has engaged the women of these territories since ancient times .

Find out why grains are a source of energy


Curiosities about the fonio

According to the mythology of the Dogon people of Mali, Amma, the creator of the universe, made the entire universe from the explosion of a single grain of fonio, located inside the "egg of the world", which is, in fact, called "germ of the world”From the Gondon people of Mali.


Due to its specificity, in 2006 the European Union decided to allocate funds for the production of fonio to allow the populations of Africa who cultivate it to be able to export it to European and American countries.

It is used in Africa in ceremonies such as weddings and baptisms, as per the tradition of African tribal rites since ancient times. An ancient African proverb says: "fonio never puts the cook to shame" and for this reason its preparations are recognized as being of good value, versatile and tasty.

A recipe with fonio

In general the preparation in water for cooking is 1 portion of fonio in 2,5 / 3 portions of water.
Take the fonio and cook it in water, just like for other cereals, even if the volume in cooking increases considerably, so the doses can be more contained. Once cooked, we can prepare as best we want, skipping with vegetables and ingredients of our choice.

Recipe for meatballs
We prepare a sauté with half an onion, half a finely chopped carrot, a little parsley, turmeric and cumin to taste, salt to taste Pour the fonio together with the sauté and sauté for a few minutes.

Once cooled we can create the meatballs that will be rolled in breadcrumbs and placed in the oven at 180 ° C for a few minutes for a superficial browning.

A variant for the holidays are fried meatballs in oil, being careful not to smoke to avoid the production of substances harmful to health; frying takes place for 2 or 3 minutes per side until golden brown.