Floor press | How is it done? Muscles involved and common mistakes

Floor press refers to a horizontal push exercise performed on the ground rather than on a bench. In this exercise you can use a barbell or even dumbbells. The purpose of this exercise is multiple, here are some:

1. Reduce ROM to avoid dangerous stress on the shoulder joints

A serious shoulder injury often does not allow you to return to training as before. Numerous movements are limited and others are decidedly dangerous. One such movement is the eccentric shoulder extension.

This movement consists in bringing the arm beyond the trunk line with an eccentric contraction or the muscle stretches under load.

This movement occurs in every horizontal push exercise as the elbows drop and the barbell / dumbbell approaches the chest.

This movement is painful if you suffer from some reduction of the sub-acromial space (impingement) without needing to be injured. It is not a good idea to persist in painful movements and it is helpful to wait for the acute inflammation to resolve.

The floor press represents a "pain-free" alternative (for acute or chronic injuries) to the flat bench press.

2. Improve the explosive strength or the top of the ROM

The physical limit of the floor does not allow to stretch the pectorals to the maximum and also maintains the emphasis on the upper portion of the horizontal push movement.

Eliminating the stretch-reflex one is obliged to exploit more the contractile force of the muscles and emphasizing a certain joint angle under stress leads to becoming stronger in that particular position.

In some subjects the part that creates the most difficulty in the flat bench is the upper half of the movement.


The floor press allows you to improve precisely on this aspect
For what has been said, the floor press turns out to be a useful exercise and can constitute a primary exercise in a training schedule of various types.

The execution is as follows:

The muscles involved are all those of a normal horizontal push exercise.

The emphasis is more on the elbow extensors as the contribution of the pectoral muscles is less and therefore these muscles are the most involved.

The pectorals are less stretched but their work is equally important. The anterior delts also work in the pushing movement.

A common mistake is not to keep the forearms perpendicular to the ground.


This first of all makes the movement much more challenging (the shoulder remains in a constant intra rotation which is eccentrically controlled by the extra rotators) and above all increases the risk of injury exponentially.

A slight intra-rotation is not dangerous in itself but increases the risk that the weight (especially if it is important) wins on the extra rotators and the shoulder undergoes a sudden intra-rotation which, most likely, causes the rupture of some shoulder ligament.

The forearms must constantly remain perpendicular to the ground to make the exercise safer and more efficient. 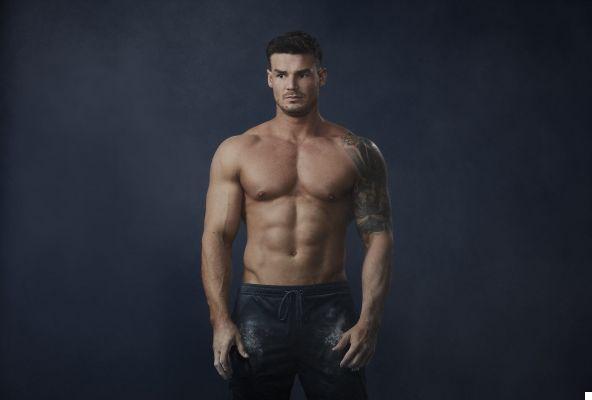 A second mistake is to want to use a grip that is too wide or too tight.

This makes the positioning of the bar very uncomfortable and furthermore, if the thrust on the bar is not constantly maintained (possible option to be adopted if you want to work on explosive repetitions) the stress on the elbow and on the wrist is dangerous.

A good idea might be to keep the elbow at a 90 degree angle with the arm.

This position may not reflect the power-lifting style bench at its best, but it certainly represents a low-risk option in this case.

Audio Video Floor press | How is it done? Muscles involved and common mistakes
Explosive Force | What's this? Work out ❯

add a comment of Floor press | How is it done? Muscles involved and common mistakes