Fish, yes, but sustainable: which one to prefer 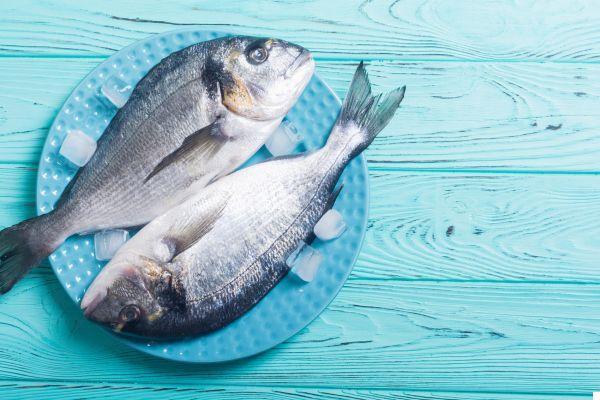 It increases in diets but decreases in the seas: in the face of an increase in the demand for fish at the table, in the seabed there is a 4% decline in fish stocks globally, as much as 35% in the seas of Japan and the North. This is certified by a study published in Science that highlights the impacts of climate change on the fish species most important for food consumption: l’overfishing does the rest.

And in the country what happens? "Are in eighth place in Europe for fish consumption, we eat an average of 23 kilos a year, almost twice as much as 50 years ago », warns Giulia Prato, the town's WWF marine officer.

But since in the meantime the seas have become impoverished, the entire market of our catch ends in April, for the other eight months we eat fish imported and often fished in an unsustainable way. How did this come about?

A question of ph (and pollution)

«The sea has a great capacity to steal CO02 and release oxygen, but the excess of C02 which causes climate change the pH of the water is also changing, making them more acidic and altering the fish reproduction mechanism ", explains Silvio Greco, president of the scientific committee of Slow Fish, the event organized every two years in Genoa by Slow Food to raise the awareness of consumers and operators in the sector on sustainable fishing issues (this year it will be from 9 to 12 May).

«It is also what contributes to the impoverishment the abundance of heavy metals and microplastics due to the pollution of the seas, and decades of exploitation with harmful methods such as trawling that takes everything, even the smallest fish and unsaleable species ».

The solutions are there

Fortunately, fishing boats are beginning to spread with sophisticated technologies that allow you to identify and select only what actually needs to be caught. It happens for example for the fishing for tuna and swordfish in the Strait of Messina where modern versions of the felucca are used, a boat with a high tower for watching fish and a gangway for harpooning.

"Since 2014, a series of European laws and directives have also taken into consideration the health of the marine habitat in terms of fishing," says Giulia Prato. “In January, for example, it took off the obligation for fishing vessels to bring all their catch ashore instead of throwing back into the sea what is not needed: for fishermen it is a problem to stow all this useless fish. It is therefore advisable to adopt selective fishing systems which is the purpose of the law ".

What can we do

In a sector that is actually entrusted to market demand, it is the demand of consumers that makes the difference.

"Always and only eating the same types of fish pushes fishermen to stress only certain species that therefore go into suffering", warns Greco.

"Besides vary consumption then it should prefer short-lived fish, such as sardines and anchovies, because when they are caught they have already reproduced at least once. Wrong then to choose the farmed carnivores as sea ​​bream and sea bass: they are fed with feed and fish meal often caught by dredging the seabed. Green light instead to farmed molluscs that do not need feed ».

For each EU state a quota of fish is defined for each species. The system has made it possible to partially reduce wild fishing in the Mediterranean. But it is not enough, because 22 countries overlook the Mare nostrum and only 7 are EU countries.

The WWF has launched projects to accompany fishermen in their search for less invasive fishing methods than trawling which, despite accounting for only 25% of total landings, is responsible for almost 60% of fish waste.

On the site , in addition to info on the projects, you will find advice for consumers: minimum sizes, buying guides and recipes to enhance the poorest fish.

For fish processed by industry, on the other hand, the only certainty of sustainability is given by certifications: the most common and important are Friend of the sea and Marine Stewardship Council. For canned tuna, the ranking drawn up every year by Greenpeace is useful.

Audio Video Fish, yes, but sustainable: which one to prefer
Lettuce: the benefits for sleep ❯

add a comment of Fish, yes, but sustainable: which one to prefer