Fighting Fear: The key is to express emotions 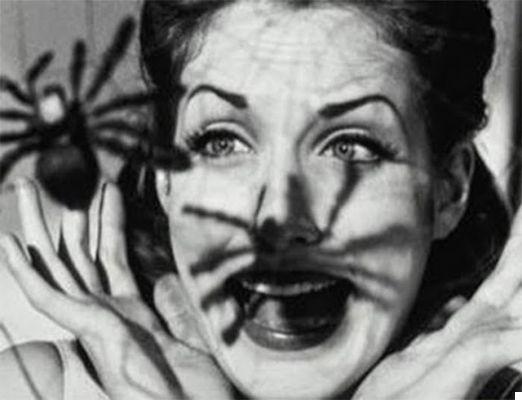 Can describing our feelings and emotions be effective in fighting fear? Could it help us feel less anxious and control fear? These are the questions raised by UCLA researchers, who suggest that naming emotions, just when we are experiencing them, helps eliminate fear.

Without thinking twice, these researchers recruited 88 people who were afraid of spiders. The goal was for them to approach a huge live tarantula contained in an open vessel. Participants were told they could get as close as they wanted and could even touch the spider if they wanted to.

The volunteers were divided into four groups. The first group was asked to describe the emotions they were experiencing and to label their reactions to the tarantula. For example, they could say, "I'm anxious and scared because this spider is terrifying."

In the second group, the volunteers had to use more neutral terms that did not convey fear or disgust, trying to make the experience less threatening. For example, they could say, “that little spider can't hurt me, I'm not afraid“. It is worth remembering that this is the approach we usually use to try to fight fear. That is, minimizing the things we fear by trying to convince ourselves that there is no reason to be afraid.

In the third group, the volunteers simply had to say something irrelevant while in the fourth group, people had to keep quiet. What Happened? What was the best way to fight fear?

A week later, everyone was asked to return to the laboratory to be exposed to the tarantula again while their physiological responses were monitored. Thus it was observed that the people of the first group (those who recognized fear and verbalized the emotions) got closer to the spider and showed less fear. In fact, the researchers themselves were surprised that something so trivial could produce such surprising results.

The power of emotions

Researchers thought that simply recognizing our emotions and expressing them verbally generates a transition process. That is, it allows us to become aware of what is happening and make sense of it. And we know very well that when we have an explanation at hand, the feeling of control increases and generates security and trust.

The funny thing was that the more negative terms were used, the less fear people felt and the closer they got to the spider. In other words, the description of the tarantula as a terrifying reality was useful in fighting its terror.

Obviously, this is a very interesting paradigm shift, especially since most people try to fight fear by convincing themselves that it doesn't exist.

In any case, our brain is not stupid and it is not easy to convince it that the sensations perceived are not due to fear. So, next time you are faced with fear, perhaps you can use this strategy to good effect.

How to deal with a narcissist ❯

add a comment of Fighting Fear: The key is to express emotions