Fermented foods: because they are good for you 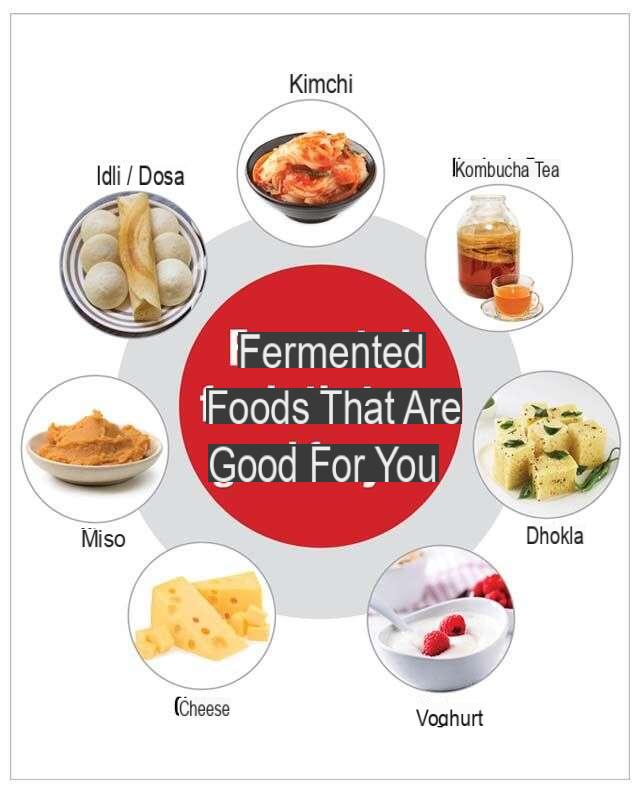 You probably know the benefits of foods rich in probiotic bacteria, such as yogurt, milk, cheese (we often talk about it too on Healthyroyale).

But maybe you don't know that many other fermented foods (from tempeh to mead, from sauerkraut to dried fig butter) are useful for staying in shape. Get to know them better with the advice of Sandor Ellix Katz, author of the freshly printed manual Il grande libro della fermentation (Sonda, € 19,90), and by Monia Farina, nutrition biologist and naturopath in Brugherio (MB).

Thanks to our experts, we also explain to you how you can make healthy products starting with 10 simple ingredients. It is not difficult. AND above all it's worth it: find out why.

«After fermentation the foods turn out more nutritious and digestible», Says Dr. Monia Farina. "Bacteria make precious substances more bioavailable and, at the same time, they remove unnecessary or harmful ones. For example: some cultures promoteincreased levels of vitamins B1, B2 and B3 (involved in metabolism); others favor the absorption ofessential amino acid lysine, which has an anti-anemia function and is present in cereals; still others lower the concentration of nitrates (limiting the risk of them turning into nitrite carcinogens); finally, several contrast the action of phytates and oxalic acid, which hinder the absorption of zinc, iron, magnesium and calcium ».

And these benefits persist even if the foods are then cooked, as in the case of millet, which is boiled to make porridge, or tempeh, which is often eaten fried or stir-fried.

The action on the intestinal flora

"On the other hand, in the case of foods and drinks fermented by lactic acid bacteria and then consumed without further cooking (yogurt, kefir, crème fraîche) it is the microorganisms themselves that do us good»Says Sandor Ellix Katz. These live cultures remain active only in products not subjected to temperatures above 47 ° C.

“Once ingested, the lactic acid bacteria they interact with our intestinal flora, helping to keep it in balance. Indirectly, therefore, they favor theabsorption of nutrients that otherwise we would not be able to digest, stimulate the production of some vitamins (like K), improve the efficiency of the immune systemContinues the expert.

There are many studies that show how much our well-being is conditioned by the intestinal flora. «Not only diarrhea, constipation, irritable bowel syndrome are less frequent when "good" bacteria prevail. The incidence and duration of colds, sinusitis, sore throats, as well as cases of gingivitis and dental caries, are also reduced if the microbiota is healthy»Assures the American expert.

The environment is also healthy

Fermented foods are good not only for us, but also to the Planet. They can in fact help us reduce greenhouse gas emissions, the cause of global warming, because of their preparation and conservation it does not require the use of too much energy.

"The lactic acid transformation provides a certain stability to foods, without the need for refrigeration», Specifies the author of The great book of fermentation. “It also often allows us to eat foods that are normally cooked drastically cutting the time in the kitchen. This is the case, for example, of the dry soy beans: to prepare tempeh just boil them for 45 minutes instead of for at least 2 hours as usually required ».

During fermentation they can surface mold. "It's a very common phenomenon," says Dr. Monia Farina. «It often happens with vegetables: check that they remain always immersed in their water (adding more when necessary) serves to protect them from oxygen which promotes the growth of fungi. But if the jar is left open, the liquid comes into contact with the air ... and here molds can appear. Don't be alarmed though, they are not dangerous to health: just remove them as soon as you notice them and as best you can, without worrying if some fragments end up inside the jar ».

However, if they just bother you with your eyesight, the most effective way to prevent them from forming is close the containers with the lid or, alternatively, stir or stir frequently the fermenting preparation.

In any case, tempeh, sauerkraut, pickled lemons (and all the other products we told you about) should be introduced gradually into the menu, in particular if you have never eaten fermented products.

«Foods and drinks transformed by bacteria always go eaten in moderation»Advises Sandor Ellix Katz, who has been taking them regularly for years.

«Bring them to the table often, rather than in large quantities, also because they are generally very salty and can therefore strain the kidneys. Also, after consuming them always brush your teeth because, being often acidic, they risk promoting the erosion of the enamel », recommends Sandor Ellix Katz.

Audio Video Fermented foods: because they are good for you
Ancient grains: what is special about them and why eat them ❯

add a comment of Fermented foods: because they are good for you