Between May and June, the season is sweet and fascinating. The scorching heat has not yet arrived, the air is not yet as hot as in summer and the evening is indeed wonderfully fresh and fragrant, quilted with fireflies and other insects that frequent the still dewy night.

The gardens, vegetable gardens, parks and wilderness are filled with herbs, shrubs and trees intent on ejecting new life to mature later under the heat of the summer months.

The eye of the curious and that of the expert succeed in this period a find interesting fruits and flowers even where it is not normally expected.

Two plants, used in public or private gardens as an ornament or as a hedge, they give in particular interesting fruits: the first is the magnificent tree with an intriguing purple burgundy color called "amolo" o "marusticano"; the other is there feijoa, a seemingly nondescript bushy tree were it not for the flashy red stamens of its flowers.

In these pre-summer months we can see a shrub that in May it begins to bloom red, with showy flowers, in contrast with the small emerald green leaves (the younger ones are sage green).

With proper pruning, it can grow up to ten meters high and produce fruit regularly. It is an evergreen native to Brazil, and its name is linked to that of a botanist of the '700, that Feijò.

The whole plant has various uses: even i semi and leaves are used to extract extracts used in herbalist's shop. After blooming in our gardens in May, it will begin to bear fruit in October, for a month, during which the ripe fruits will fall to the ground, ready to be picked and tasted.

The flowers are also edible: the firmer and fleshy petals are well suited to salads e salads with their flavor reminiscent of cinnamon. 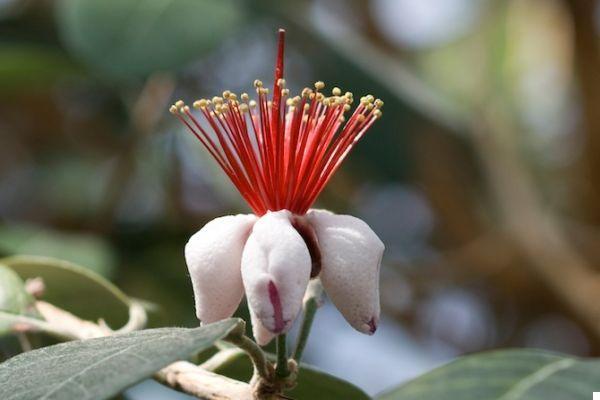 The fruit of Feijoa: sin of gluttony

The taste of the fruits of feijoa is somewhat intriguing as a description: it is defined as a blend of pineapple, strawberry, guava, with a hint of mint.

If the maturation continues, it begins to acquire also a taste similar to that of banana and the already strong tropical scent increases further. The fruit is an oblong berry of about five centimeters, which remains green even when fully ripe and is therefore inconspicuous. It can be cut in two by consuming the pulp with a spoon or peeled and eaten in one bite.

It is a fruit low in calories and low in fat, therefore excellent for those embarking on a weight loss diet. Also it is rich of vitamin C, followed by B9, B5, B6 and K. It is a good source of manganese, potassium, magnesium and phosphorus.

Its property is known antioxidant and its contents of folic acid makes it ideal for pregnant women. On top of that, it has a good fiber content, and is also renowned as a digestive and antibacterial. 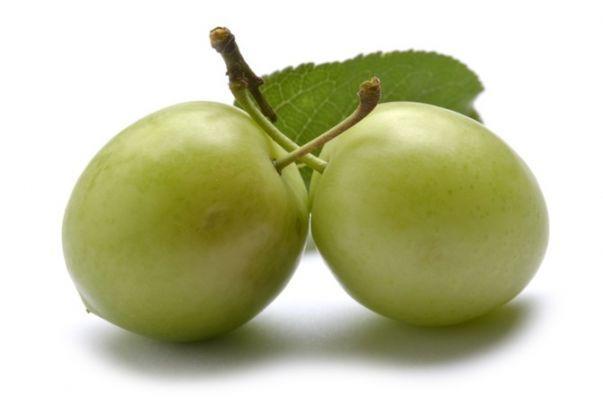 Also called myrobalan (from the Greek μύρον-βάλανος “scented acorn”) or marusticano, amol is a tree of the genus Prunus widely used in garden design and landscape architecture due to the intriguing intensity of color of the leaves and fruits of the purple varieties.

È native to the Caucasus and Central Asia; in the wild it has a shrub growth but generally a tree shape is imposed on it. It was imported into the United States for ornamental purposes, but somehow managed to re-wild and grow free.

It blooms rather early, with small white or pale pink flowers. In the period on horseback between May and June we can see the spectacle ofamol loaded with unripe fruit and therefore hard and harsh; only at the end of summer these succulent delicacies will be ready.

Our French cousins, great lovers of all varieties of plums and their jams, have amol crops scattered throughout the countryside. 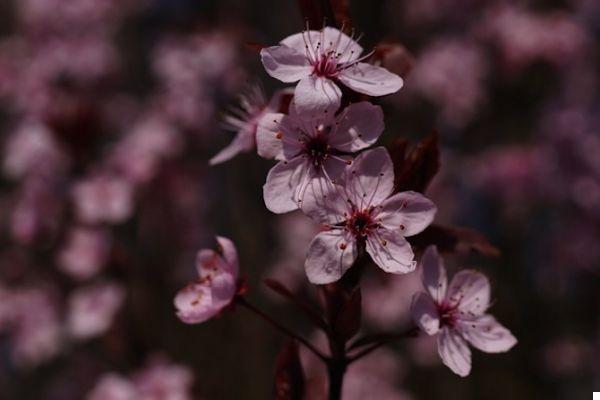 The fruit of the Amolo

The fruit of the amolo is a close relative of the plum even if in full maturity it is hardly distinguishable from a cherry, and like the latter very attractive.

It is a drupe 2-3 centimeters in diameter, which retains a sour taste until almost the last stage of ripeness, in which ends up sweetening becoming soft and succulent, vaguely recalling the taste of mirabelle while retaining a bit of sourness.

However, even when it's not fully ripe, the firm fruit is consumed for its digestive qualities. Compared to the plums and plums of Prunus domesticus, it is rich of tannins, flavonoids e Vitamin C.


A liqueur is produced (myrobalan wine) and a very aromatic jam that is beautiful to look at, but it is also excellent as gelato (used in particular in the southern United States) and caramelized on fruit desserts instead of cherries. Our parks are full of them and no one ever reap the rewards ... feel free to try a couple! 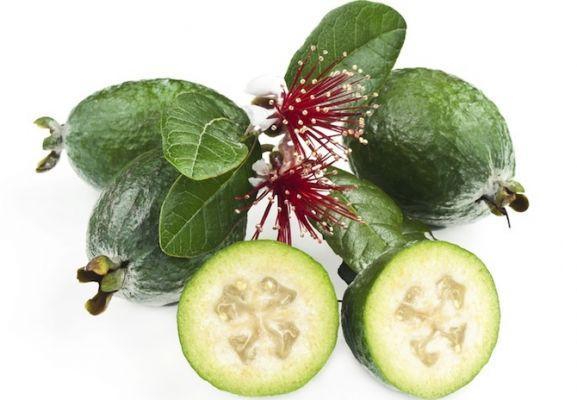 Let's see now how to use these two fruits in the kitchen to get delicious foods.

In Sicily, Calabria and Puglia you can buy the jams of feijoa, but it is a rather simple recipe: you need peeled and chopped feijoa fruits, sugar (at least ¾ of the weight of the fruit and no more than 1 ¼ of the same weight), a teaspoon of salt.

All ingredients must be put together with boil over low heat until everything reaches the desired degree of density, after which we will proceed to place everything in previously sterilized glass jars.

Another way to enjoy feijoa is to mash it in a dish with a little lemon or lime, as is done with banana, perhaps adding peeled almonds.

Add one syrup prepared by dissolving brown sugar in water and putting it in jars for about a quarter of the volume. Prepare a large pot by placing cloth rags on the bottom and wrapping the jars that will be placed inside and covered with water.

Boil the water for 2 hours and then take out the still hot jars, turn them upside down immediately so that the cap is the base. In this way we will obtain the vacuum. When they are cooled we will turn the jars and label them. They will last more than a year and we can eat them at any time of the year.

add a comment of Feijoa and amolo, forgotten fruits