Fear of the judgment of others. Understand it and get rid of it 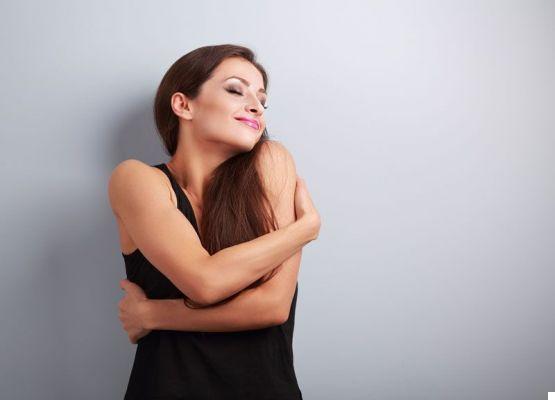 Fear of the judgment of others is branded in our DNA. In this article, you will understand its mechanisms and find practical tips to get rid of it once and for all.

The book "How to treat others and make friends”By Dale Carnegie is one of the best-selling personal growth manuals in the last 100 years (15 million copies). This best-seller was also my first personal development book: if I hadn't read it, GetPersonalGrowth probably wouldn't exist today. Why has this title been so successful and continues to climb the charts more than 75 years after its release?

Being loved and accepted by those around us is one of our essential human needs: in the famous Maslow Pyramid, the need to belong is even on the third step, immediately after the need for safety (health, work, etc.). This need is so important that one of the most widespread fears is precisely the fear of the judgment of others. We are afraid of not being accepted because of our physical appearance, our origins, our level of education, our work, our age, etc. Each of us is afraid of being judged on one aspect rather than another, but at the basis of everything there is the fear of humiliation, exclusion from the group, marginalization.

This fear, common to almost all, in some can even turn into phobia, the social phobia (or social anxiety): "a particular anxious state in which contact with others is marked by the fear of being misjudged and the fear of behaving in an embarrassing and humiliating manner." (Source Wikipedia).

In this post I would like to talk to you about the common fear of suffering the judgment of others:


Find out how the fear of others' judgment arose

Even before Maslow, the ancient Greek philosopher Aristotle affirmed that… man is a social animal, that is, by his nature he tends to aggregate with other individuals and to form a society. The reasons for this social "push" that has characterized human history for millennia are to be found in ours evolutionary process.

According to the principles of evolutionary psychology, our fears (and our emotions in general) are nothing more than the responses that our brain has elaborated over the millennia to adapt to the surrounding environment. Specifically, in the Paleolithic those who lived in a group of hunters and gatherers had a much higher probability of survival than the "lone wolves". Only thanks to the specialization of individuals and their coordination, a group of humans could have a reasonable chance of surviving in a hostile environment, in which they hunted to feed themselves and at the same time tried not to be hunted to feed other predators. In this context, those who were ill-judged risked exclusion from the group and this often resulted in early death.

Our ancestors were therefore terrified at the idea of ​​being misjudged by the other members of the group: this could happen if you did not do your duty during hunting trips, if you went against social conventions or if you spoke in open conflict with the leader. In fact, in this context another ancestral fear of ours also developed: the fear of public speaking (if you are interested, find practical advice to overcome it in this post).


This fear of exposing ourselves, of appearing different, of not being accepted has remained branded in our DNA. I hope that understanding its origin will help you to see this fear of yours with new eyes. But awareness is not enough. Let's see the second move to get rid of the fear of others' judgment.

Understand the importance of getting rid of them

Today we can and must free ourselves from the constant fear of the judgment of others. Of course, feeling accepted remains an essential need for us, but ours does not go away anymore survival: someone judges you badly for your choices and for what you say? Who cares! He is not your hunting companion: perdindirindina, there are supermarkets open 24 hours a day!

We cannot face the challenges posed by a modern society, giving space to ancestral fears that are tens of thousands of years old: it is time to evolve. Not only. Right now, continuing to fear the judgment of others can become even more dangerous than accepting the consequences of not being accepted.

"We are so scared of being judged that we find any excuse to procrastinate."


Fear (and among these the fear of the judgment of others) is one of the 4 reasons why we procrastinate and we often procrastinate precisely those most important choices for our life, the choices that would allow us to live our dreams in the drawer. Well, I want to tell you a secret: dreams that remain in the drawer make mold.

Getting rid of the fear of the judgment of others means shaking off a backpack full of stones, a burden that slows down our every choice, but above all slows down the race towards our ideal of success. Acting promptly, taking calculated risks is often essential to achieving our goals. If you look around in fear before taking any action or uttering any word, how do you even remotely think you can aspire to ambitious goals?

You know which one is 5 biggest regrets of the terminally ill? Not having lived your life to the full and found yourself chasing the aspirations of others (parents, friends, society in general) for a lifetime. Do you really want to get to your last days of life and have the regret of not doing what you loved, for fear that someone would disagree?

I hope that understanding the importance of freeing yourself from the constant fear of the judgments of others will finally help you to unblock yourself and take the path towards your dreams with determination. But motivation is not enough. Let's see the third and final move in our mini-course of "liberation".

Learn how to stop feeling judged

"Nothing and nobody can make you feel inferior, unless you allow it."

This quote from Eleanor Roosevelt captures the essence of how to overcome the fear of others' judgment. The key is within us. I try to ask you a very simple question: are you sure that others have nothing better to do all the time than to judge you? Is it not perhaps, and I say perhaps, that it is you a judge yourself...?

We often project onto others what is happening in our mind: the truth is that the vast majority of people blissfully don't care about our choices, how we dress and how we behave. Do you know why these people don't have time to devote to it? Because, in turn, they are too preoccupied with the fear of being judged!

Yes of course, you will always meet the classic "world-destroyer of zebedees" who spends his days judging the choices of others, but you know what they say ...

"Those who make judgments do not define others, but themselves."

In summary, to fear the judgment of others actually means to fear one's own judgment. So how to overcome this fear in practice?

This last point is essential to truly free ourselves from the fear of others' judgment and to regain self-confidence. But what does it mean to follow the path of authenticity? Who has already read APP - Self-esteem step by step, should know the Principle of Authenticity very well by now. Respecting it essentially means that:

Well, if you won't remember anything else from this post, try to remember at least this principle: following it daily is the only sure way to stop being judged, stop judging ourselves and regain our self-esteem.

Fear of making a decision: are you a realist or a dreamer? ❯

add a comment from Fear of the judgment of others. Understand it and get rid of it