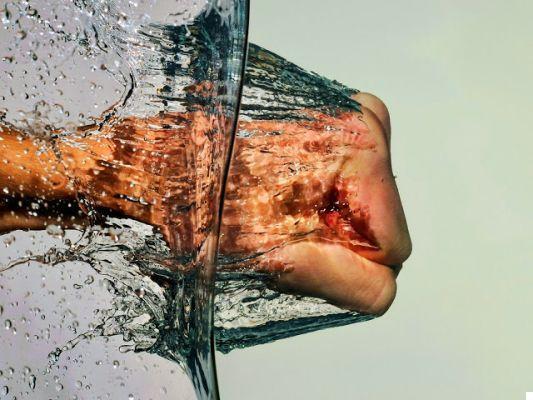 Have you ever wondered why one person can confidently speak in public without feeling any pressure, while another becomes a tense bundle of nerves? Why do some people suffer from an emotional block in certain situations, while for others the same situation is an incentive that helps them improve their performance? We can find answers
in a curious and controversial experiment developed way back in 1973.

The Bridge of Love

The experiment was very simple: the researchers recruited a group of men who usually became very nervous in certain social situations and who tended to exaggerate the facts by focusing only on the negative aspects. Apparently, the only study task for these men was to cross a swinging bridge suspended 230 meters high over a river.

But suddenly, before crossing the bridge, the volunteers were approached by an attractive woman who asked them to answer a survey. After the men answered the questionnaire, the woman (who was actually an actress) gave them her phone number and told them they could call her if they wanted further explanation regarding the study.

In a second scenario, there was another group of men experiencing the same situation, the only difference being that the bridge was more stable and was only a few meters above a small stream. The question was, would the fear of crossing the bridge affect the decision to call a beautiful woman?

Yup! Of the men who crossed the stable bridge, only 2 called her. Instead, of the group that faced the most dangerous bridge, as many as 9 called the woman. These are small numbers as each group consisted of 16 people, but from a statistical point of view, the difference is significant. Because? Researchers are convinced that humans confused fear with attraction. That is, they interpreted their fear reactions as attraction. In practice, they confused the stress and nervousness (caused by the bridge) with the sensations that often causes physical attraction, so after facing the danger they were more likely to call the woman.

If we think about it, we can see that it is not such an absurd idea, just think about what we feel when we are on a roller coaster. Our pupils dilate, our heartbeat speeds up, we begin to sweat and our legs shake. These are exactly the same sensations we would experience during a robbery. However, we pay some money to ride the roller coaster and would be willing to pay to avoid a theft.

These are two situations that cause the same physiological reactions but which have different readings, so one is extremely pleasant, while the other can become a trauma.

The results of this experiment are very controversial, but they allow us to see that our emotions are not simply statements that arise from within and over which we have little control. As with thoughts, our emotions also depend on the conscious interpretation we give of them, on what we feel and on the environment.

Emotions are not contrary to rationality, as we have always thought, but they are inextricably linked to our perception of the world and of ourselves. So, the next time you experience a very negative mood, remember that the way you label those feelings can radically change the mark they leave behind.

Thinking is difficult, which is why people prefer to judge ❯

add a comment of Fear and attraction: feeling, interpreting and deciding