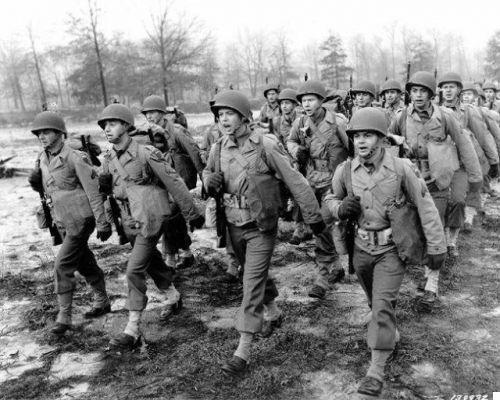 The history of Psychology and Psychiatry
it contains some obscure chapters which are not known even by many of the specialists
of the sector. It all depends on the fact that in the early days, researchers in
this scientific field groped in full darkness. For this
reason it is not strange that many unusual treatments developed;
some quite funny, like prescribing orgasms to treat hysteria,
and others more macabre, such as electroshock to cure homosexuality:

Recently the journal Neurology unveiled an ancient treatment used during the
World War I for the treatment of soldiers suffering from a
trauma caused by fighting (now called post traumatic stress but that
then it was called "war neurosis"). As you can imagine, at that time the “neurosis
warfare ”turned into a serious problem, since most of the
troops were decimated due to soldiers displaying symptoms of
psychological trauma that expressed itself through extreme anxiety, something that
at the time it was known as "battle fatigue" (today called reaction from
combat stress and manifested in decreased efficiency
in combat, since the soldier has very slow reaction times,
indecision, disconnection from reality and the impossibility of establishing any
priority). Obviously, these symptoms could prove fatal in the field of
battle. It all depends on the fact that the existence was not known at the time
of post-traumatic stress, so that many specialists linked these
symptoms with hysteria, when they did not come to think that the soldiers were
pretending because they were afraid of going back to fight. At that point, the psychiatrists got to work
devising the most diverse treatments. For example, at that time the famous
English psychiatrist WHRRivers, became the pioneer in the treatment of
combat stress reaction and a central figure in the birth of the
psychotraumatology. Rivers adapted the techniques of psychoanalysis and applied them
alo post traumatic stress obtaining quite positive results. However, not all psychiatrists opted for
these traditional methods and some chose less orthodox paths. Such
it is the case of the neurologists Clovis Vincent and Gustave Roussy, who were
in charge of dealing with traumatized French troops. Their treatment
had only one goal, to get the soldiers back to the front, and for
to achieve this they applied current discharges to the same until
they did not agree to return to fight. Officially this cruel method was called "faradization"(In honor of the physicist
English Faraday and why induction current was used). However, i
soldiers who were subjected to this method renamed it with the word
French “torpillage” (from the French torpille-bullet). At the beginning, faradization was used by attempting
to cause as little pain as possible, since it was essentially one
terror strategy. That is, the soldiers subjected to it had to report
to their companions what they had experienced, in order to avoid hysteria
collective and prevent everyone from leaving the battlefield. But nevertheless
this, it is stated that in the most resistant cases the electric charge was increased e
the electrodes were positioned in much more sensitive areas of the human body,
like the soles of the feet and the scrotum. In fact, the same psychiatrists
they report that in some cases even extra measures had to be used
such as isolation or a milk-only diet. Of course, with the passage of time the officers do
realized the cruelty of this method and, with the help of a very bad one
advertising in the press, faradization was stopped, remembering today
like a dark chapter in the history of trauma therapy.
Complimenting Someone: Why Do It More Often? ❯

How to fight stress