Facebook and Psychology: tell me how many times you update your profile and I'll tell you who you are 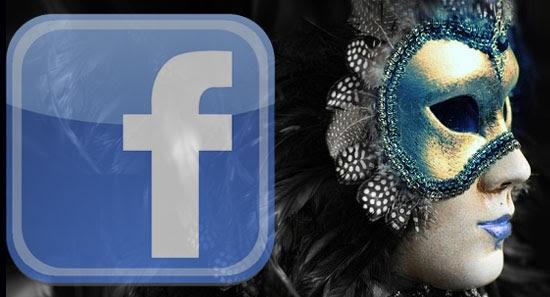 Facebook it is a relatively tool
young man about whom there are few psychological studies. However, one
of the most recent and interesting research that attempts to unravel psychology
of Facebook was created by Soraya Mehdizadeh, a student at Toronto's York University. To this
based on the analysis of a total of 100 people it was possible
appreciate a curious connection between the profiles in Facebook and narcissistic traits
of personality. At this point a little explanation is needed:
each person re-elaborates his own identity day after day, the identity
incorporates the conception that the person has of himself (the set of thoughts and
of the feelings that a person has towards himself), but at the same time the identity
it is built through a social process
in which others also bring their thoughts and feelings
towards us. In this way a process of continuously occurs
adaptation between what is the conception we have of ourselves and that
that nurture others towards us. In the conception we have of ourselves
there would be two large entities: "the current I and the possible I". Normally
in everyday life the differences between what we are and what we want
be are not particularly pronounced while that in the Internet this
difference can have a much larger size, given that people
they can choose those features they wish to show, receive a
positive feedback on the same and, finally thanks to this, change the
conception they have of themselves, however, distancing themselves from reality. In some
cases can even lead to the development of a pathology known as “I
interactive ". For this reason, social networks are of great interest
for the Psychology of Personality. But back to the study in question, the same is true
come to the very interesting conclusion that more people review e
they update their Facebook profile and the higher the score they get
on the scale of narcissism. However, there are some interesting details that
demonstrate some gender differences: women wishing to get themselves
advertisements tend to opt for attention-grabbing photographs
adorning themselves in such a way as to bring out the physical appearance while men
they try to do the same but concentrate more on the description than
highlights their intelligence and ingenuity. The connection between narcissism and the number of times that
the Facebook profile is reviewed and updated it might seem obvious,
but as a result of the study something even more curious arose: people
with very low self-esteem are those who review the most frequently
their Facebook page. Obviously, at this point to some people
it would be difficult to understand the relationship between narcissism and low
self-esteem given that in the popular imagination the
narcissism with a high level of self-esteem. An interesting explanation comes
by Bossom, who affirms that narcissism is really only one
mask with which low self-esteem hides. In this way, if we follow the theory that includes the
narcissism as a mask, we will find that people who have an exaggerated
consideration of themselves need to constantly update them
profile to show yourself to the world as if they were the best, but in the same
time their low self-esteem causes them to constantly review feedback
who leave their friends in a process of continual restructuring of
their identity. Thus, we should be especially careful, given that
what may appear as a simple way to keep connected with friends
and acquaintances and to discover new friendships, in the long run it could prove to be
a double-edged sword, especially for those people who have one
personality with some characteristics that are too pronounced.
Fallacy of the bad slope: stopping change by resorting to fear ❯

add a comment of Facebook and Psychology: tell me how many times you update your profile and I'll tell you who you are