Extremism: why do we adopt it? 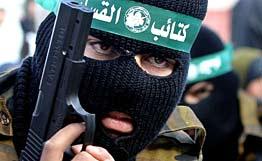 Economic problems in recent years
related to the crisis have led to many people hiring extreme positions which probably in
other conditions would never have conceived to accept. Why does this happen?

The reason is
very simple. When we don't know what to do e
we feel uncertainty about the future, the tendency to instinctively arises
sympathize with the most extreme positions. At least this has been proven with
a rather curious study carried out by the University of Claremont. According to this experiment i
extremist groups would do nothing but offer to insecure people
those strong beliefs they need in these times of crisis for
build their identity and make sense of the world around them. The psychologists asked a
group of 82 students writing various themes related to what he did to them
feel insecure or doubtful; in this way a priming of uncertainty was created.
They were later asked if they would support a series of measures e extremist groups very radical, which
took extreme positions to change some aspects of management
of the university. The results showed that the
students in whom the feeling of uncertainty had been awakened, tended
to prefer the extreme options before the moderate solutions. Why it happens
this? The researchers suggest that i
extremist groups or organizations, project an image of "trust",
as they generally follow a very clear line of thought and action,
which allows insecure people to glimpse a clear and real path. In
other words, in the sea of ​​uncertainty and precariousness, extremist groups
they offer a range of opportunities that are perceived by people
doubtful, insecure and disoriented, as strong, safe, clear opportunities,
concrete, effective and low risk. Extremist groups manifest an identity
strong and generate an equally strong sense of belonging, exactly what
insecure people need. Of course, in addition to the restlessness,
adopting extreme positions also depends on frequently harboring thoughts like: “everything
it's either black or white ”, which very often lead to the creation of false problems
and, finally, they generate extreme solutions. Obviously, the fact that it can
understanding why a person is affiliated with extreme beliefs does not justify them
actions. Indeed, we must learn to fight with uncertainty from the point of
view of a psychologically healthy position, because the future holds for us
more and more doubts and uncertainties. Furthermore, we should also learn
to reflect on the fact that behind extremist groups very often yes
they find people who try to manipulate the masses under certain conditions
to get what they want.
Eupeptic: Thoreau's most subversive recipe for a full and free life ❯

add a comment of Extremism: why do we adopt it?