Exercises To Lose Weight The Legs | The 5 Best To Know

By the healthiergang writer , student in Pharmacy.

“Exercises for Arms of Steel! Flat abdomen in 10 minutes! Circuit for marble buttocks! "

Is there a shred of truth in this jungle of “view-catcher” titles? Is it possible to improve the appearance of a part of the body simply by training it? Let's find out in this article ...

Especially among beginners there is a rather deep-rooted belief that, by training a certain part of the body, one can somehow promote weight loss in that area.

Thus, obviously overweight subjects, performing thousands of crunches a day, will be able to obtain a sculpted abdomen while keeping their arms and thighs equally fat; obviously this is just fantasy.

There is a definitive answer, but this is neither yes nor no, neither black nor white, but a "middle way", which needs rational elucidation to be clarified. For what reason? Because according to science, weight loss occurs mainly (for about 97-98%) in a generalized way, on the whole body, and localized weight loss (spot reduction) would instead occur in a minimal, almost imperceptible way.

However, the results of this phenomenon will not be striking, and will take place in quite a long time; so let's not expect to be able to admire a concrete localized weight loss within a few weeks.

5 Exercises To lose weight in the legs

Based on what has just been stated, let's see which are the best exercises to perform to stimulate localized weight loss in the legs.

An essential exercise in any leg training routine is undoubtedly the squat; together with the deadlift, it is the multi-joint exercise par excellence, thanks to the muscular involvement and the extraordinary impact it has on the whole body.

We take care of the execution meticulously, and for the activation of the buttock we reach at least the parallel. 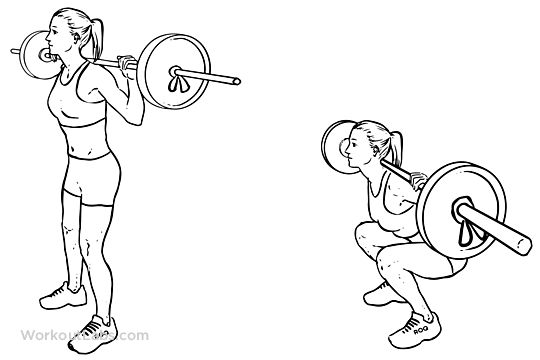 Often boycotted because they are considered "uncomfortable" or even too tiring, lunges are among the best exercises to isolate the thigh in its entirety. They can be performed on the spot, forward or backward, or while walking.

You can use the barbell, but the dumbbell lunges are the best variant in terms of practicality and safety. To emphasize the work on the buttocks just concentrate the thrust on the heels, keeping the torso straight; we are careful not to overbalance ourselves laterally. 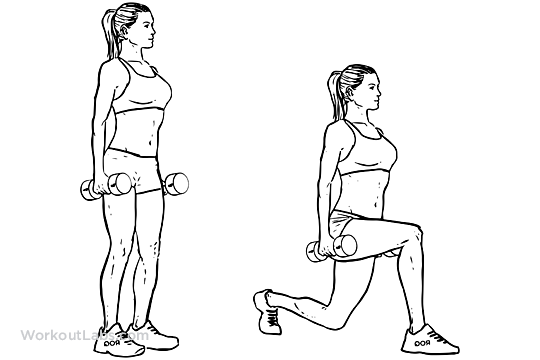 Similar to the lunge, the Bulgarian squat is performed one leg at a time, placing the limb that rests posteriorly on a rise. It is a great exercise for isolating the leg, especially the quadriceps, but also the glutes (to a lesser extent than lunges). 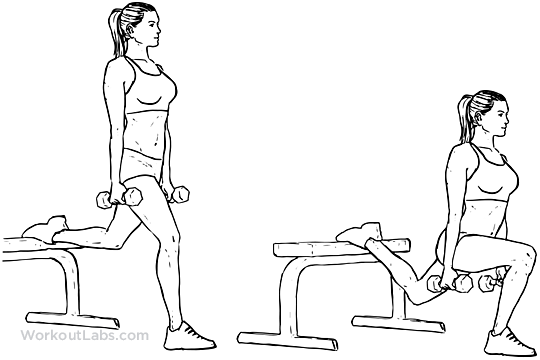 It is a great exercise for the glutes, and is commonly performed with a barbell placed on the pelvis, resting partially on a bench. To improve the activation of the buttocks, it is advisable to remain contracted for 1-2 seconds during the phase of maximum shortening (highest position). 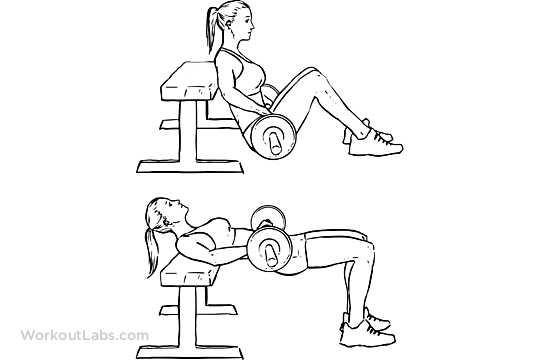 5. Step (ascent and descent of the step)

Excellent exercise for the thighs that can be performed by lifting up on tiptoe once on the step, to also involve the calves markedly. The ideal height is that of at least 2 steps. The descent must also be taken care of, therefore the eccentric phase of the movement.

In this article we have seen which are the main exercises capable of promoting localized weight loss in the legs, and which are the characteristics of the stimulus that are fundamental to stimulate spot reduction.

With regard to what is stated in the paragraph on localized weight loss, let's not forget that weight loss itself occurs exclusively in the case of a calorie deficit, and therefore physical exercise alone may not be sufficient.