Exercises on the levers 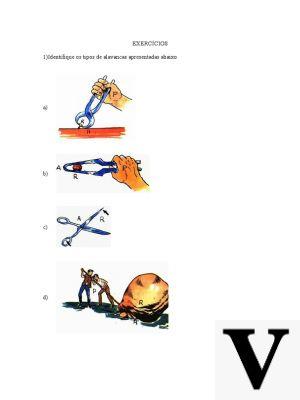 Exercises On The Levers

Calisthenic is a type of training that involves using your body as resistance. This style of training is not limited here, however, the aim is not the aesthetic one but rather is to be able to do certain movements called "skills".

The work behind achieving a skill is a lot and requires perseverance, commitment and passion. Skills vary greatly in the difficulty and risk to which the joints are subjected. Among the skills there are also exercises on the levers, the most famous are the front lever, the back lever and even the planche.

The first two are of medium-high difficulty, the third is certainly a very difficult exercise. In the following article we will deepen the back lever and the front lever.

The back lever provides a position of the body parallel to the ground while the arms maintain the isometric position of this standing behind the back. Observing the position in which the shoulders are found, it is evident that the stress placed on them is high.

To try to reduce this stress it may be useful to use a neutral grip that respects the joint more. The elbows are also heavily stressed.


The straight-arm push-up position recruits a lot of the shoulder flexors but also places a lot of stress on the arm muscles. In particular, the long head of the biceps is the one that receives the greatest stress having to work hard in a position of complete elongation.

To maintain the position it is important to keep in mind some key points.

Some preparatory exercises for the back lever aim at strengthening the muscles involved in the movement and making the position to be maintained more familiar.

Supine-grip pull-ups and vertical push-ups against the wall are ideal for strengthening the muscles of the shoulders and arms. Useful exercises to become familiar with the position of the back lever are the German Hang and the Skin the Cat.

Il German Hang consists in maintaining a vertical position with the whole body but after having rotated around the arms.

In essence, it involves making a full turn with the body by bringing the legs up and then back until the feet are facing the floor. Maintain the position for about twenty seconds and focus on retracting the shoulder blades by activating these muscles.


Lo Skin the Cat it consists in rotating the body around the arms that are firm on the bar, like the previous exercise but in a dynamic way.

From a hang position (holding on to the bar) bring the feet up and then behind the head following the rotation with the rest of the body. Basically you rotate around your arms until you reach a position where your feet are pointing towards the ground again. You then return to the initial position.

When performing Skin the Cat it is important to actively use your muscles to push your body weight during the movement and not just take advantage of the momentum generated by the lower body.

The front lever is a more difficult exercise than the back lever but places the shoulder and elbow joints under much less stress than this.

The position consists of an isometric maintenance of the body parallel to the floor with a shoulder extension work in the sagittal plane. It is like performing a pulldown with straight arms but using the arms as a fixed point.

The position requires considerable strength in the lats and in the long head of the triceps. To perform this skill correctly you need to keep a few points in mind.

The position is not unnatural as in the back lever so no exercises that mimic this position are necessary.

To strengthen the core, long head of the triceps and lats it is very useful to insert the dragon flags. During this exercise focus on keeping the whole body contracted and aligned always using the muscles to move and not the moment of the legs.

An even more useful variant of this exercise is to maintain the position of maximum effort, therefore as much as possible parallel to the floor, in isometry for a couple of seconds. This forces you to recruit the abdominals along with the shoulder extensors.