Exercise bridge for glutes: the mistakes that make it ineffective 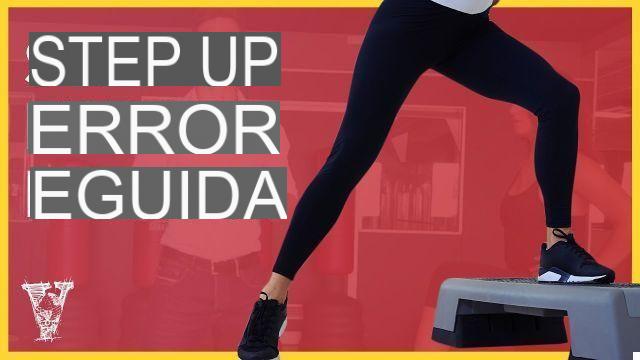 In circuits designed for train the buttocks the so-called is almost never missing bridge. This exercise has the advantage of being able to train specifically only the muscles of the buttocks, unlike other movements that often work the hamstrings, quadriceps, core and back as well.

Another way to train the buttocks is to also make use of the use of dumbbells.

Great option for training the glutes, including hip thrust and deadlift.

Glute bridge: how to do it

Lie on the ground, supine, with your arms close to the floor, bring your feet close to the pelvis and lift your buttocks off the ground by pushing your pelvis upwards, pause for a few seconds at the highest point (without removing your heels or arching the lumbar area) and contract the buttocks.

The most common mistakes

Although this is a seemingly very simple exercise, paying little attention while performing it can generate errors, and not only make the benefits null and void of the movement itself, but they can also lead to injuries more or less serious.

Here are the most common mistakes and how to fix them.

Overextending the lower back

It is mistakenly thought that push your hips higher possible is the best choice, but doing so often leads to ahyperextension of the lower back. When this happens, paradoxically, the work shifts to that area, taking the load off the buttocks. This not only makes the movement much less effective, but over time it can also cause tension and discomfort in the back.

How to avoid it: pay attention and do not raise the hips too much but keep them, even in full extension, slightly lower than the knees and shoulders.

Use your toes instead of your heels

Although the bridge can be performed levering on the fingers of the feet, doing so you don't get all the benefits possible from this exercise, because the effort also weighs on the quadriceps and calves.

How to avoid it: concentrate the force on the heels and push on them to stand up. In this way, the effort rests entirely on the buttock muscles.


To perform the bridge correctly, the weight of the body must not be placed on the toes, but rather on the heels. In this way, the exercise will give the desired benefits.

Do not contract your buttocks when in full extension

Use your hips and quads instead of your glutes and hamstrings

Contrary to popular belief, the core it is made up not only of the abs but of many other muscles, including the glutes. If you don't engage it in the right way then, the pelvis also works incorrectly and the load ends up on the quadriceps and calves.

How to avoid it: before starting the exercise, strengthen the core by pushing the hip bones upwards and rotating the pelvis slightly.

Bending your chin too much

add a comment of Exercise bridge for glutes: the mistakes that make it ineffective