Excess of protein: what are the consequences? 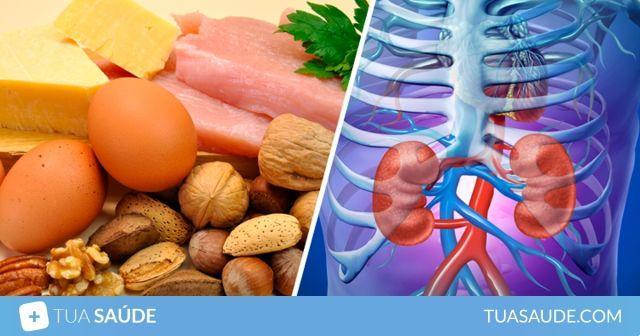 The very fact of speaking of "right dose" implies the more than concrete possibility of one or more "bad doses", as in the case of a excess protein, easy to find especially in “our” western and westernized world which tends much more easily to excess than to defect.

In fact, it is symptomatic that we worry so much about the consequences of a defective intake but not the effects of an excessive intake, that they are often even ignored.

A good answer, therefore, to the questions, "But what source do you get protein from and do you get enough?" it could be: "And are you aware of the health risks created by an excess of protein?".

The consequences of excess protein

It is now proven that an excess of proteins - particularly those of animal origin - increases the following health risks. In children, cases of hormonal problems, adrenal species, negatively affected by an excess of protein consumption; the National Healt Institute (USA) has also linked excessive protein consumption to a whole range of health problems related to intestinal inflammation.

Obviously, the excessive consumption of proteins, especially of animal origin, is closely linked to obesity and to long-term problems of being overweight.


The Diabetes Journal, in a series of various articles, explains all the links between excessive protein consumption andonset of type 2 diabetes. The University of California and the University of Maryland have published the results of some research according to which the consequences of excessive protein consumption also include osteoporosis and many forms of rheumatoid arthritis and other arthritic problems.

The onset of some lymphatic malignancies, such as non-Hodgkin's lymphoma, has also been linked by Harvard University to excessive consumption of animal proteins.

The ketogenic diet involves a high consumption of proteins: find out how it works

The right amount of protein

Which would therefore be the right amount of protein - especially those of animal origin? This "right dose" is generally a variable over time and according to the States.

An excess consumption of animal proteins acidifies the blood, a factor considered to be a cause of inflammation and acidosis, an ideal ground foronset of tumor processes.

It has been calculated that 20% of premature deaths are somehow linked to excessive protein consumption. It would therefore be good to keep an eye on these thresholds, also with regard to proteins of plant origin.

Other effects of excess protein

But there are also other "indirect" and well-known negative consequences related to the consumption of proteins as meat: the insane consumption of water for the production of animal proteins and the consequent erosion of the land, effects that involve an incredible cost, both economic and social.

Not to mention the fact that the first cause ofpollution atmospheric to the world due to the immense production of so-called greenhouse gases farms carried out without the slightest conscientious criterion.

Find out which foods are rich in protein

Audio Video Excess of protein: what are the consequences?
Copper: where to find it in food ❯

add a comment of Excess of protein: what are the consequences?