Example diet for the mass for endomorphs 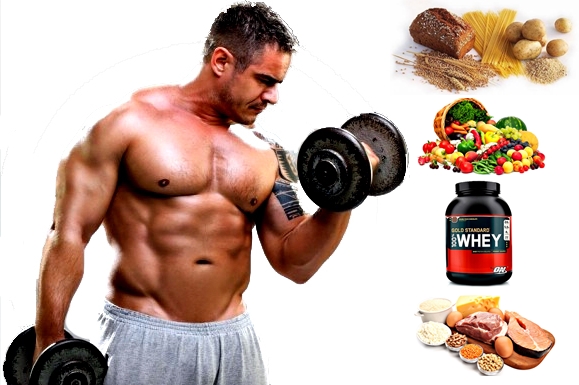 The diet to increase mass is a diet aimed at increasing muscle hypertrophy; the diet for the mass constitutes, together with training and recovery, the only way to increase the weight while keeping the fat mass constant - Fat Mass.
However, the diet to gain mass (and not only this one ...) should NOT be UNIFORMED, due to the high multiplicity of specific and subjective variables. Often, with the same diet, we witness totally different metabolic reactions; therefore, with the same expenditure and with similar dietary patterns, some subjects respond very well to the stimulus while others almost not at all! By virtue of this individual variability, many believe that the best interpretation is CONSTITUTIONAL since, observing the various case studies, some anthropometric details seem to recur with considerable frequency and are correlated to the positive or negative response to the diet.

Classification of the somatotype: the endomorph

In 1940, Sheldon grouped and distinguished 3 somatotypes with specific anthropometric and behavioral characteristics; as already specified for the ectomorph's diet, with regard to the emotional and / or sociological aspect I totally avoid expressing any judgment, but regarding the relationship between body shapes (muscle insertions, shapes of the same muscles and proportions of the bone segments ) and response to the composition of the diet (increase in fat-free mass or reduction in fat mass) ... I admit to note that there is a certain statistical correlation.
Below we will present a case of a diet to increase muscle mass suitable for an endomorphic somatotype, that is, that subject characterized by: narrow shoulders and wide hips, low density body (high fat mass - tendency to accumulate fat), normal morphological type , muscles difficult to evaluate and, usually, on average hypertrophic, viscerotonic (for more information, read the article: The somatotype).
NB.: What will be explained below is none other than the fruit of PERSONAL experience and does not refer in any way to research or experimental work; moreover, I remember that while highlighting some correlations between somatotype and response to the diet, the essential key to achieving any goal lies in the SPECIFICITY (subjectivity) of nutrition and training; therefore, I urge readers who identify with the example NOT to take too literally the weights or nutritional breakdowns of the following example.

Principles of the Bulking Diet for Endomorphs

Generally, the bodybuilder endomorph in the bulking phase manifests one major difficulty, namely the "clean" increase in lean mass. Keeping fat mass constant and increasing muscle mass, for an ectomorph, means adopting a STEP food strategy; it starts with a NORMOcaloric and balanced scheme (in which compliance and metabolic reactions are assessed), and then corrects it on the basis of anthropometric evidence (increase or reduction in circumferences, weight and adipose panniculus). Personally, when dealing with the increase in mass for an endomorph, I believe that it is extremely important to take care of the training schedule; more than nutrition, it will make a difference in the clean increase of muscle mass. As regards the diet, however, it should be remembered that "probably" the hormonal stress on insulin is already autonomously effective and does not require the use of high doses of carbohydrates for the consequent anabolic activation; far from it! It will be the dietician's concern to partially dissociate meals in order to reduce liposynthesis and the consequent fat deposit, while maintaining a good muscle amino acid up-take.
The cardinal principles of the muscle mass diet for endomorphs are:

NB. It may be useful, even in the bulking phase, to undertake a small aerobic physical activity protocol preparatory to the muscle definition phase.
WARNING! To avoid any misunderstanding, I intend to clarify that: if, by applying the aforementioned changes, the results desired in the initial planning are NOT concretely revealed, it becomes necessary to identify the element hindering growth BUT, in no case, to increase recklessly (or, as often happens, by trial and error) the protein intake of the diet!
Furthermore, debunking some clichés, I remind you that the TOTAL protein intake of the diet is always calculated through the sum of ALL dietary proteins ... and not only those with a high biological value (animal origin), since also vegetable ones (especially cereals and legumes (but also those of fruit and vegetables) are digested and absorbed. The only limiting agents "could" be: excess dietary fiber, a gastric secretion disorder called hypochlorhydria, a deficiency (always pathological) of digestive enzymes.
I believe that there are no useful supplements in the diet for the mass of the endomorph, even if the use (justified by organizational reasons) of replacement meals could be allowed.

add a comment of Example diet for the mass for endomorphs