Ex rapprochement signals: what are the 10 most common

What are the most common signs of rapprochement from an ex? How does an ex behave when he wants to re-establish a relationship? Read on and you will find out.

The love story you lived with so much intensity has come to an end. Now, one step at a time, you are trying to get back on your feet, finding your place in the world. However, a constant voice in your head still whispers to you of your lost love and of how nice it would be to get back together.

This thought becomes even more insistent when the person who was once with you seems to be sending you messages, which suggest his will to establish contact again. The problem is that you don't know if it's just your paranoia or if there's really any chance of getting back together.

To help you make up your mind and see clearly in this chaos of emotions, I have listed the 10 signs of rapprochement by an ex (or an ex!) more common. So, grab your favorite drink, pack a comfortable seat, and let's go.

But first, take another minute to answer the test I leave you below, so as to start having precise data on what you are experiencing and understand if there really is the basis for a rapprochement or not.

Signs of rapprochement ex: the 10 most common scenarios

Below I have listed the 10 types of behavior that most repeat when a person intends to return, or at least to get closer to the ex.

Keep in mind that such signals they are valid for both men and women, and my use of a female or male subject is only to be credited to a stylistic choice. Having said that, let's start immediately with our decalogue.

1. You have too many casual encounters

The first factor that you will need to pay attention to in order to understand if your ex wants to come back to you, or has a desire to reconcile, is in the cadence with which you start to meet him by chance in the places you frequent: the bar where you go to get coffee, the newsagent or even the gym where you go to train.

Of course, there may be 1000 other reasons that lead him to be there: maybe he frequented these places even before being with you, or it was he who introduced you to them.

The fact is, that all these meetings could be a more than valid excuse to strike up a conversation and thus initiate a rapprochement, if not a reconciliation.

2. He's too excited to see you

Another element to take into consideration when it comes to signs of rapprochement is the enthusiasm that exudes from the ex when you meet. Especially if there are still some contacts between you despite having broken up.

Let these be via social media or in real life, it makes no difference. What you need to focus on is the enthusiasm with which he reacts to your words and / or messages. For example, you write a monosyllable message, the typical yes / no and he answers you with three lines; you continue with a simple emoji and he asks you more questions, trying to keep the conversation going. 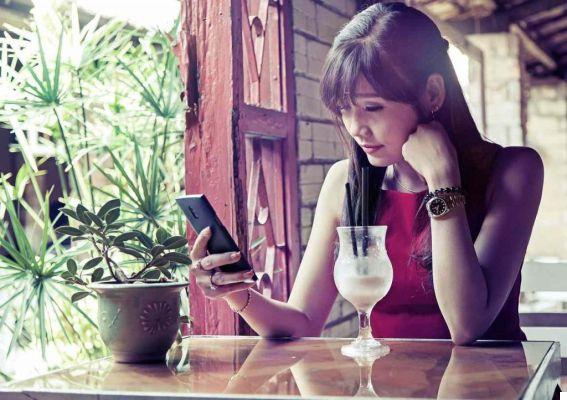 Similarly live: you meet your ex by chance, just outside your trusted comics shop and she enthusiastically asks you what you bought, as if it were the most natural thing in the world, while when you were together he always reproached you for spending money on "that nonsense".

Such availability and enthusiasm towards you, especially if they weren't there before, could be a symptom of his desire to reconnect with you. So open your eyes to this.

Another way to understand if there is a willingness in the ex partner to get back together is to listen to his words. Perhaps even the ones he doesn't say to you directly.

Most of the time, when two people meet after breaking up, the overwhelming feeling is embarrassment (at best). As a result, if your partner (or your partner) should appear strangely talkative and melancholy when meeting you. about the time you have spent together, perhaps he is trying to make you understand that his feelings towards you are not extinguished, or that perhaps they have rekindled.

Equally, if your ex continues to talk positively about you when meeting mutual friends, they are more likely to want to get across the message of their willingness to have you back in his life.

4. Make up excuses to meet you

Another typical sign that shows an ex's desire for rapprochement lies in inventing some trivial excuses to see you.

For example, he might ask you for his hair elastic back, the umbrella he forgot, or maybe, if you have the electrician's phone number. 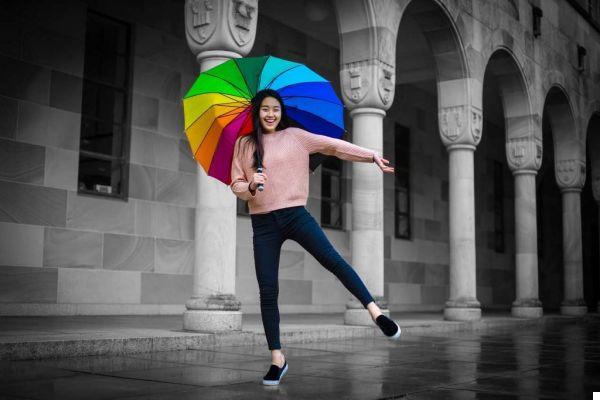 Whatever excuse he makes up, the reason will be just the need to see you. The more banal will be the motivation that you will hear from his mouth, the higher his need to have you again in his life.

5. Does everything to make you jealous

The next two signals are closely related, but let's go in order. If your ex or ex has a desire to get back to you, keep an eye on their conduct with people of the opposite sex. That is to say, if it tries to make you jealous.

Taking a practical example: you are together at a party, and you see him posing, in an all too evident way, prodigal of affectionate fuss towards a friend of hers. As if that weren't enough, he has chosen to put his own theater in place in a place that you can see.

Jealousy can also be generated through a strategic use of social media, for example by posting photos or stories in the company of people of the opposite sex.

Such attitudes, although they may appear to be a symptom of a newfound freedom, are usually nothing more than an attempt at get some attention from you. Maybe even anger or a scene of jealousy, to be used as an excuse, even if ill, to reconnect.

6. Feel jealous of yourself

In this case, however, the parts are reversed: the ex is jealous of you. This signal is perhaps the most recognizable of all, as jealousy is one of the least controllable emotions that exist. 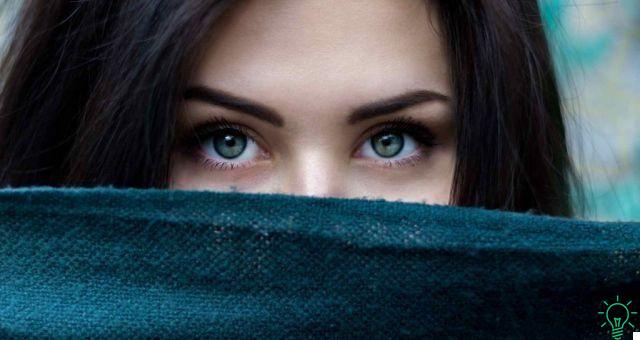 Obviously, the line that separates the desire to get back together with the obsessive will to control you is really subtle, so be very careful. This applies to people of both sexes equally!

Another very important factor that shows a former partner's willingness to reconnect with you is one of his evident growth from a personal and character point of view.

This is especially true if the end of your story is linked to its shortcomings: maybe she was a girl a little frivolous or too flirtatious with other men (to put it mildly), or your ex was a listless, unkempt guy or with the habit of spending his life on the sofa.

The fact is that if meeting your ex or your ex you indicate an improvement, a maturation on his part, this could be a symptom of his desire to fill his gaps, so that he can get back together with you and rebuild your relationship.

8. Try to touch yourself

The eighth point on this list of signals an ex sends when he wants to be with you is his need to touch you. Of course, you don't have to get me wrong, I don't mean that he or she reaches out to you in a harassing manner.

Rather, it is something, in some ways, of extremely romantic. This happens especially if after your breakup, you have maintained a "civil" relationship.

Let me explain: maybe you meet at a friend's house or at the bar and while you talk, the ex use any excuse to brush your shoulder or hands, perhaps while he hands you the sachet of sugar, or if he passes you the plate with the chips. 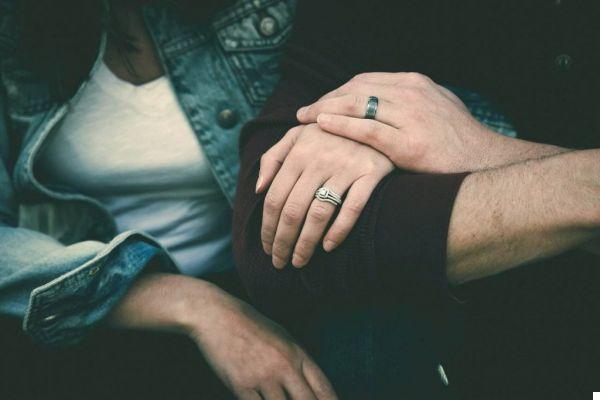 Or, hold your hand a few more seconds when you say goodbye. This is the signal that he misses you very strongly, and with it, the need to hug you, as you once did when you were a couple.

9. He actively follows your social networks

Even if a bit trivial, it is always worth underlining the very strong relationship that exists between social networks and couple dynamics.

In our specific case, we are interested in knowing if the ex partner follows you. In fact, if it is his desire to reconnect with you, you can be sure that not even one of your posts will be lost, regardless of the social platform you use.

Views of stories, likes, reactions and comments are a clear sign that your ex is interested in mending the relationship with you, perhaps because he misses you, or because he still has strong feelings towards you.

The signs of rapprochement of the ex must also be studied based on the context, in the light of what your relationship was up to some time ago.

For example, if after you broke up you had decided to stop any form of contact, now your ex suddenly wrote you a message to know how you are, we can very well consider this event a sign of rapprochement.

More generally, if the ex-partner contacts you more often than you first, there's a good chance they're interested in a reconciliation.

Signs of rapprochement ex: how to reason

Well, we have seen what are the main signs that distinguish the desire to reconnect on the part of an ex, or an ex. However, there is no talk of an exact science. In fact, they could be just simple coincidences, or actions moved only by the sense of loneliness.

Doubt and indecision become even more atrocious if it exists on your part as well the strong desire to start history again which ended.

The notions within it will allow you to better understand the dynamics of your couple, the mistakes made in the past and the situation in which you are currently.

In addition, the manual includes a real one path of reconquest, which will accompany you step by step towards the reconstruction of your love story, even if the ex seems undecided or not very interested in trying again with you.

Thanks to reverse psychology and the other reconquest techniques presented in the book, you will be able to break through his heart a second time without a problem.

Are you dissatisfied? Get rid of the sense of dissatisfaction with a lens ❯

add a comment of Ex rapprochement signals: what are the 10 most common