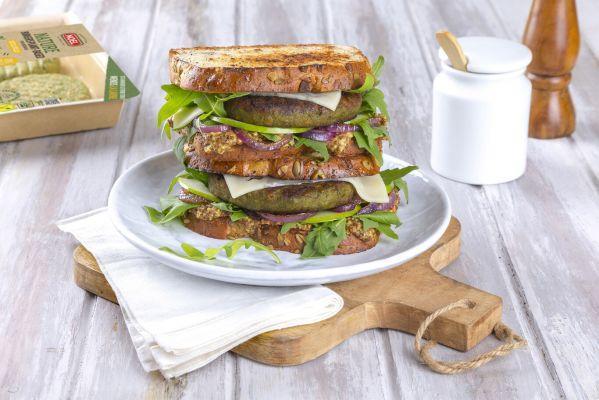 The veggie burger and all its allies are "safe". The European Parliament rejected all the amendments which would have introduced limitations to the use of the term meat to speak of products of non-animal origin. Therefore, the status quo remains and definitions such as "sliced", "hamburger", "salami" will also be maintained for appoint plant-based products.

Vegetable meat on the discussion table of the European Parliament. For some years now - thanks to a greater ethical-environmental awareness that has led to the choice of limiting or banning products of animal origin from one's diet - there has been a growing success of alternative foods to meat on supermarket counters or in specialized shops.

How they should be called is the subject of the amendments, whose vote is scheduled these days in Brussels as part of the reform of the Common Agricultural Policy (CAP). In focus, the potential misunderstandings caused by the use of terms once reserved for meat products to indicate plant foods.

European Parliament at a crossroads, what to vote for

Among the many amendments proposed in the CAP area, the European Parliament must decide whether to reserve the name hamburger (but also salami, mortadella, sausage) to meat products only- banning its use for plant-based foods - or leaving the current situation unchanged.

In particular, there are three amendments to focus on regarding the issue of vegetable meat:

With reference to the vote of the European Parliament, Coldiretti carried out an analysis on Eurispes data. It turns out that over 9 the paeseni su 10 (93%) who do not follow a vegetarian or vegan diet are misled by the denomination granted to plant-based products.

According to what emerged in the report, consumers risk filling the cart with burgers or sausages based on legumes, tofu or soy, mistakenly and unknowingly, due to the fact that they can use names such as "vegan burger", "vegan steak" or similar , with the limit of specifying on the label that such products do not contain meat.

"Meat and meat products they are part of the traditional diet of our territories and regions " continues Coldiretti, “le cui ricette tramandate nei secoli appartengono di fatto al patrimonio gastronomico del paese e permettere a dei mix vegetali di use the designation of meat means favor ultra-processed products with ingredients that are the result of very thorough production processes of which, moreover, the origin of the raw material is not even known since the European Union imports millions of tons of vegetable raw material from all over the world every year ".

This is not a steak

At the European Union level, the restrictions on names already exist for dairy products, for which the Court of Justice has ruled that names such as "milk" and "butter" should be reserved for foods of animal origin.

To extend this ban and "counter the lobbies of multinationals that invest in fake, vegetable or laboratory-created meat", Coldiretti, together with other agricultural associations at European level, has launched the campaign This is not a steak.

The initiative should not be seen - the association points out - as an attack on plant products, but a battle for correct consumer information.