Erase the trauma with a pill 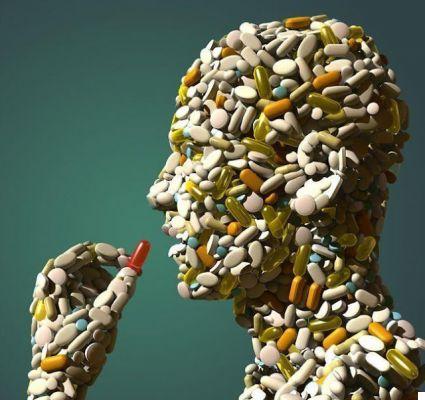 Who wouldn't want to erase the bad memories or fears that haunt their existence? In one of the first articles: The Roots of Suffering and Depression I have already mentioned the various attempts made by humanity to eliminate suffering through chemistry. Today this idea seems to be more and more feasible, or so say the researchers of the University of Amsterdam, who have developed a pill based in the propranolol (from the beta-blocker family) which also appears to be able to block bad memories and negative thoughts. This idea had already been tackled, in fact in 2005 at Cornell University in New York, where, however, the research had been successfully completed but only with guinea pigs. Later, researchers at McGill University in Montreal developed the same experiment with human beings and with positive results even if it was pointed out that what is canceled is not so much the memory itself but the negative response to it. In other words, the memory of the traumatic event would be converted into a memory without any emotional repercussions. Of course, this finding would be highly positive for those suffering from post-traumatic stress. Dutch researchers have developed their experiments with 40 people and the results have been positive, although it is not possible to specify how long this positive response to trauma will remain. How much certain is there in these researches? Is it possible to develop a pill that erases particularly painful or stressful memories? It is not possible to be precise in our statements and the future could hold many surprises but so far a dose of propranolol it helps to control the fear reaction or negative emotional responses caused by the memory of a traumatic situation. This means that the memory is not erased but that our reaction changes in front of it, the reactions of fear are blocked so that its effect could extend to any other situation or behavior in which the person is involved and who knows maybe it could also. cause an effect similar to numbness in the face of pain.The best use could be for the treatment of phobias since during the therapy period the person could get closer to the feared object or situation and thus eliminate the fear that paralyzes and the panic attacks that often prevent you from continuing with desensitization. However, before embarking on this adventure you should ask yourself several questions: would one dose be enough or should people suffering from post-traumatic stress become addicted to this new drug? If it really reduces our emotional responses to a specific situation, can we be sure that the person will not decrease their emotional response to all the rest of the situations, thus becoming a sort of "happy puppet"? faced by technological development ...

Causes of anxiety and behaviors to avoid ❯

add a comment of Erase the trauma with a pill