Energy vampires: who they are and how to get rid of them

Energy vampires that suck our energies: let's see them. 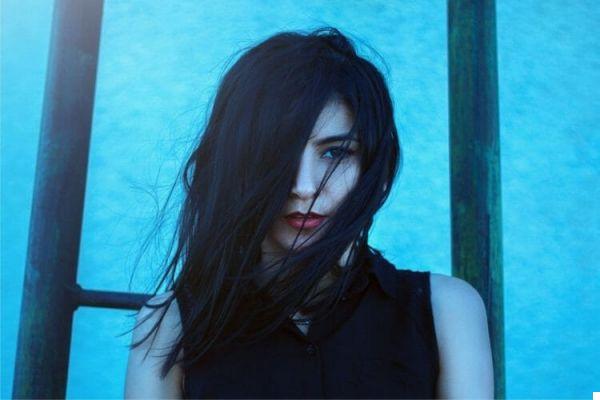 We often hear about the so-called thieves of psychic or mental energy who steal our energies.

But do they really exist?

The vampires of energy, Fr. emotional vampires, they really exist, but contrary to what many think, we are not talking about astral energies or quantum physics.

In fact, energy thieves do not snatch strange psychic energies from us, but our attention, our well-being, our happiness, our good mood and our will to live.

If you often feel without energy and have the sensation that your well-being is slipping away from your body, you are probably victim of an energy vampire.

We begin to understand what are the symptoms that can occur when we are victims of emotional vampires.

Are you a victim of an energy thief?

You can tell if you are an unwitting victim of a energy vampire if you experience symptoms similar to these.

These are the most common red flags that occur when we are victims of energy thieves.

Before understanding how to deal with an energy thief though, let's see what the main categories of gods are energy vampires that make us unhappy.

3 energy vampires that suck your life

Vampire people make us feel inadequate, frustrated, exhausted and unresponsive as well as contaminate our mood.

These people exert psychological pressure on us by upsetting us, causing stress and possibly making us feel uncomfortable.

Conscious vampires are people who take pleasure in throwing mud on other people.

The mere fact of to insult, denigrate, put to discomfort but especially criticize others make them feel better, which is why they are particularly committed to their mission.

These conscious energy thieves are aware of complaining and criticizing as if there is no tomorrow, but for various reasons they cannot stop.

These people criticize and they complain about everything, not only of facts over which they have no control, such as politics and weather forecasts, but also of facts on which they could act to change them.

They complain that they are cold without covering themselves, that they don't like work without changing it or looking for real alternatives.

Unknowing energy vampires, on the other hand, are bona fide so to speak.

These people they plunder our energy without realizing it or hoping to do good.

All persons are fully entitled to enter who:

As I said, albeit in good faith, also the unaware vampire people they steal our well-being.

Now let's move on to the second category of energy thieves.

The media are in fact among the most powerful vampires there are, thanks largely to the marketing that revolves around it.

When I watched TV (I haven't watched it in years since I started my media diet) it was easy to zap and end up watching something random that was on.

Obviously it happens to be listless and to turn on the TV to see what they broadcast.

The problem with these shows, shows and TV series is that they are meant to create a kind of dependence.

Each episode is designed to keep the viewer glued to the screen and to make him addicted, especially thanks to the twists that inevitably occur in the series or episode finale.

So if at first, watching TV sporadically was a useful entertainment, it soon turned into a real vampire.

We get stuck in TV programs that we may not be very fond of but that we watch more for marketing or out of habit.

TV then goes from a good time for one's entertainment to a full-fledged energy thief.

Obviously you have to use it with common sense also other digital tools such as social networks and smartphones.

Unfortunately I have to include an element that takes up space in the life of all of us among the emotional vampires: the music.

In fact, we often use music to console and entertain us, ending up in a negative energy-sucking spiral fueled by the music itself.

If you've ever felt very sad about some negative event and started listening to music (often sad, aligned with the mood of the moment), you know what I'm talking about.

You end up in a bottomless pit where the music itself becomes a vampire of our mood.

So we must use music wisely and not use it to fuel our negative thoughts.

Let's move on to the third category of emotional vampires.

# 3 The energy vampires within us

The beliefs, beliefs, expectations and claims we have towards ourselves are gods very powerful energy vampires.

Often we are so focused on looking for the malaise that comes from the outside that we do not see what lurks inside us.

Whenever we find ourselves in a context connected to our unfinished choice, we will feel called into question.

Maybe in a restaurant, feeling obliged to take one dish rather than another or during an argument, when other people have started a diet or a new sport.

In these cases we feel called into question, our morale drops and we feel as if our energies are vanishing little by little.

Obviously the people around us they have no fault.

It is we who consciously or unconsciously let our energies be stolen from our beliefs but above all from ours guilt feelings.

For this reason, when examining emotional vampires we need to pay close attention both inside and outside.

How to get rid of emotional vampires

In fact, knowing how to say No without offending often requires good communication skills, and if we have low self-confidence it will be more difficult to distance ourselves from the people who are using us.

Having a strong mind opens a whole series of doors for us, including the ability to break free from energy thieves.

As I said, I follow a very strict media diet, which essentially makes me immune to the vampire media broadcast on television.

Simplifying your life brings significant benefits and despite what many think, it does not mean giving up to something but on the contrary get rich.

By eliminating junk media, we can recover an incredible amount of time that can be used to enrich ourselves and the people we care about.

By cutting out the superfluous, we can therefore reduce the chances of coming into contact with emotional vampires.

# 3 Get to know and dig deeper

Knowledge and awareness are our most powerful weapons to free ourselves from yoke of psychological vampires.

Being aware of ourselves and of what goes around us means first of all having the possibility to choose.

We can decide whether to ignore the cause of our ills or whether to act to remedy them, as I often repeat: if you know you choose, otherwise you think you choose.

# 4 The circle of friends

I will never stop hitting the nail on friendships and on the positive repercussions that an adequate selection at the entrance can have.

Selecting your own circles of friends is the best way to eliminate vampire people who lurk near us.

The types of people we have seen in the paragraph dedicated to unaware emotional vampires should, whenever possible, be avoided.

Obviously I know that this is an unpleasant and often not practicable cleaning, for this reason try to limit the time with these people.

Alternatively you can use the technique I am about to explain to you.

Creating a psychic barrier sounds like a cartoon-like expression, but we're actually talking about something that works.

Just as the beliefs we have, the idioms we have inculcated, and the self-fulfilling prophecies are negative projections that we ourselves create, they can also work in the opposite direction.

That is, we can create a kind of mental bubble around us that allows us to make ourselves immune to vampires.

We must therefore be convinced that we can keep our emotional sphere detached from the vampire in question and that no one will be able to steal our energy.

After that we face our vampires in a detached way using the psychic shield to avoid being contaminated.

The energy vampires we don't evaluate

Each of us is the victim of various types of energy vampires who consume us one minute at a time.

The first step is always to identify our vampires by carefully examining our life.

When do I feel uncomfortable? With which people do I feel exhausted?

In what situations do I feel like I have lost my energy?

With a little attention we can identify our energy thieves and consciously eliminate them.

As I said, since each of us is the victim of different vampires, contextualized, embedded and well camouflaged in our life, it can be difficult to identify them.

For this reason I invite you to comment on this article writing your energy vampires and how did you get rid of it.

This will help other people identify their own energy thieves.

add a comment of Energy vampires: who they are and how to get rid of them