The endive it is a type of bitter salad rich in vitamins A, B and C, with a tonic and slightly diuretic action. Let's find out better.

> 1. Description of the plant and variety

> 2. Properties and benefits of the endive

> 3. Calories and nutritional values ​​of the endive

> 5. Curiosities about the endive 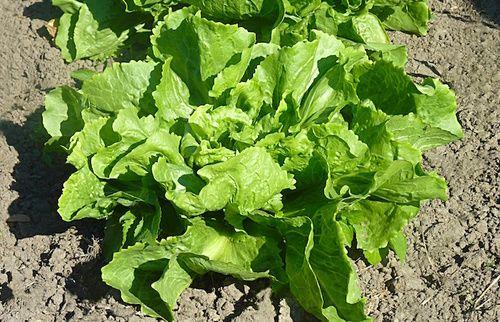 Description of the plant and variety

Le endives (Cichorium endivia), often confused with chicory for slightly bitter taste but easily distinguishable by their more hairless leaves, they are salads that belong to the Composite family.

Curly in winter or blonde with a full heart, this vegetable typical of the central-southern regions is a vegetable originating from the Mediterranean basin that is consumed mainly in salads but also boiled, stuffed Roman-style, etc.

Endive is a biennial plant with mainly autumn production with two main varieties:

Properties and benefits of endive

This vegetable is appreciated not so much for its particular nutritional qualities, as for its tonic properties, slightly diuretic (thanks to a high water content that exceeds 90%) and laxatives.

Endive is a very low-calorie and crunchy vegetable, capable of absorbing the aromas of food with which you cook. It has only one weakness: a slight bitter taste, especially at the base, which is sufficient to eliminate to ensure that it is also accepted by children.

Calories and nutritional values ​​of endive

With Sun 15 kcal per 100 g endive is a vegetable rich in vitamin A, vitamin C, vitamins of group B (which also have an anti-hunger action), vitamin K but also, among the mineral salts, potassium and calcium.

It has a low sodium content and a good amount of iron and fiber (especially cellulose and hemicellulose which give some varieties a firm and crunchy texture).

Particularly rich in vitamin K, this intervenes as an anti-haemorrhagic factor in blood clotting, thus helping the blood to clot normally. The richness of potassium and the poverty of magnesium and sodium give it a diuretic power while the richness of dietary fiber favors intestinal transit.


It is among the vegetables with the highest content of folic acid, vitamin involved in reactions connected with the synthesis of the nitrogenous bases of nucleic acids (DNA and RNA) and in the differentiation of red blood cells and therefore a particularly useful vitamin in pregnancy or in the case of cardiovascular diseases.

Curiosities about the endive


How to use the idivia in the kitchen

Endive is extremely versatile in the kitchen. One can, for example, raw snack but in this case it is necessary to make sure that they are organic salads since the leaves are the parts of the plant that absorb the most pesticides. Organic endives are recognizable by their appearance: less large and often a little greener.

It is also great stir-fried with little water (often enough water that naturally remains on the leaves after they have been washed): the leaves soften and partly lose their bitter taste. At the end of cooking, just add a little extra virgin olive oil from the first cold pressing, some soy sauce (if desired) and a sprinkling of black pepper or fresh or powdered chilli.

Belgian endive is excellent grilled but it should be enriched with flavor: at the end of cooking, a drizzle of extra virgin olive oil and a pinch of chopped parsley make it even more delicious.

In all endive dishes the advice is to add some fresh chopped herbs (sage, thyme, rosemary, etc.); just add, for example, 3 g of marjoram to 200 g of salad to increase the antioxidant capacity of this vegetable by 200%.

Endive among the foods suitable for kidney stones: discover the others