Empathy can accelerate recovery from illness 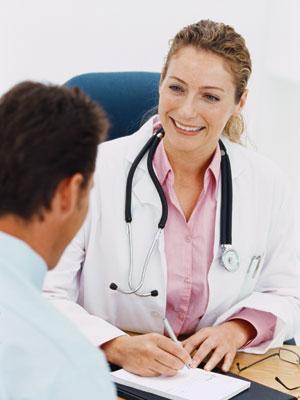 The patients who are followed by doctors empaths and careful they recover much faster from common bronchitis. This is what specialists from the University of Winsconsin say starting from the data collected on a total of 350 patients. These scholars even go so far as to state that bronchitis can last much less than a day if we are lucky enough to be visited by a deeply empathetic doctor; it is said that it would be a more effective cure than any medicine.

People who gave their consent to participate in the experiment had to contact the scholars as soon as symptoms of bronchitis appeared. Then the researchers asked them to go to a doctor's office. These doctors had been specially trained on how to be more sympathetic, understanding and empathetic to patients. Half of the participants were sent to these charming and empathic doctors while the other half was sent to a normal clinic (by normal we mean: doctors less empathic and warm to patients). Of course, the patients were unaware of the researchers' intentions and did not suspect that doctors were prepared to be more empathetic. Then each participant had to evaluate their doctor according to the type of attention they received, the level of empathy and understanding they received. The 84 participants who said they were seen by empathic doctors recovered from bronchitis on average within one day. They also showed less serious symptoms and a two-fold increase in immune activity compared to people who were followed up by less empathic doctors. The curious fact that emerged from this experiment was that, when the researchers evaluated the responses of the participants, they found that they used to evaluate clearly and without half measures the level of empathy of the doctor, that is: very empathic or not at all empathetic. Researchers are convinced that theempathy it does not have middle terms, or one is empathic or one is not. This study is not the first of its kind but is included in a long series of studies relating to the extraverbal communication between doctor and patient and the levels of recovery from the disease. The factors that can contribute to healing may be different, but there is no longer any doubt that the quality of the doctor-patient relationship has an important impact. Although there are still many doubts to investigate, the authors of this research advise doctors to show empathy with patients in any case. We already know that a little more understanding doesn't hurt anyone.

The illusion of Moses, or why it is easier to deceive ourselves than we think ❯

add a comment of Empathy can accelerate recovery from illness