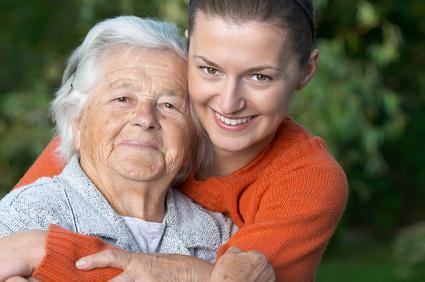 Contemporary society considers the old age as a life stage in
loss, for this reason, in one way or another is passed on to us unconsciously
the fear of getting old. There are a myriad of anti-aging creams and an infinity
of people every day undergoes cosmetic treatments to take off
off a few years. However, old age did not have this centuries ago
negative imprint but rather it was regarded as the age of wisdom. Indeed,
even today, elders are highly respected in some Aboriginal tribes
who are the custodians of tradition and have the function of guiding young people
along the path they have just begun. A recent study shows us that although with advancing
of age there is a certain physical decline, it does not happen the same for
mental abilities. So much so that it is now claimed that the elders have one
greater emotional intelligence. For those who do not know what is meant by emotional intelligence,
we summarize that the same is considered as the ability to recognize and manage
the best of personal and other people's emotions in an assertive way. The study in question was carried out by the University of Berkeley and involved a total
of 144 adults (belonging to three large age groups: 20, 40 and 60 years). To the
participants were shown some image sequences and registered
their physiological reaction to them. This allowed the researchers to appreciate that the
60-year-olds had a much more balanced reaction and moreover,
they made a much more objective analysis of the situations when it came
to evaluate some scenes with an emotional impact. And if that's not enough,
they also showed a tendency to evaluate situations in a very perspective
more positive. Thus, it was concluded that people in the third age are
much better suited to offer emotional support, as they better analyze
emotions and control their feelings. Because? The researchers speculate that this is a process that
it is not only related to the lifestyle led in the past but also relative
to the normal aging process. Like this, with the passage of time
all people would develop greater emotional intelligence. It goes
pointed out that this conclusion was reached by analyzing people coming
from different cultures and with different habits, and in all cases, those who
they were 60 and always showed greater emotional intelligence.
Does intense sexual activity make us smarter? ❯

add a comment of Emotional intelligence increases with age