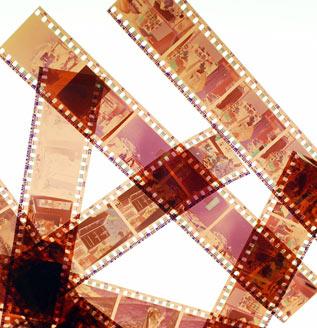 We may have all heard surprising stories about eidetic memory, but does eidetic memory really exist? Can a person really remember a particular situation, landscape or object in great detail? While many specialists claim that eidetic memory is just a myth, there are some researchers who have made a commitment to prove that this ability is rare but real.

In 1964, Ralph Haber conducted a study in an elementary school and identified that approximately 4% of children under the age of 5 possessed some sort of eidetic memory. However, the objectivity with which this researcher assessed these children is questioned.

Later in 1970, Charles Stromeyer, a scientist at Harvard University, published an article in the journal Nature, in which he named a student who possessed an extraordinary ability. This young woman was able to observe random dot patterns that included up to 10.000 dots, and remember them. But the most surprising part is that the next day he was able to observe other totally new and random dot patterns and reconstruct both images by merging them and thus forming a three-dimensional figure.

While this appeared to be definitive proof of the existence of eidetic memory, some of the following data contributed to discrediting this ability. In 1979, researcher John Merritt ran several ads in national newspapers looking for people who had such an extraordinary memory as to compare to that of the Stromeyer case, but no one showed up who could even accomplish anything remotely similar. It later happened that Stromeyer himself married his student, preventing the rest of the scientific community from replicating the same experiments he had done. At this point, many people suspected that what was regarded as the irrefutable example of the existence of eidetic memory may have been just a cleverly organized trick.


However, this is not the only known case of eidetic memory. The case of an autistic young man known as "the camera" for his ability to remember the details of landscapes and later paint them, has already been described in the article: “Eidetic memory: an extraordinary case”.

Another case of extraordinary memory is that of Kim Peek, the character who inspired the famous film "Rain Man" with Dustin Hoffman, who could memorize each page of about 9.000 books and, moreover, read each page with a speed between the 8 and 12 seconds, as each of his eyes moved independently on each page.

But… it should be emphasized that having a good memory is not the same as having an eidetic memory. The eidetic memory is similar to a clear image that we keep after a few minutes that we have seen the context or object and, later it allows us by closing our eyes to recover the whole image as if it were in front of our eyes again. . Good memory, especially for numbers and text, does not normally include this ability.

Some specialists offer an elegant perspective: memory must be understood as a spectrum, at the end of which there is amnesia on the one hand and eidetic memory on the other. As you can imagine, most of us are somewhere in between and only a small part of us develop a prodigious memory for numbers, images, names, faces and music.

Searleman, a professor at St. Lawrence University, also states that the memories of people with eidetic memory are not always 100% perfect, since very often details are added or certain points of the scene or object are added, increasing or reducing them. in size. Searleman also argues that this type of memory is more common in children and the elderly (a fact accepted by the scientific community) because young people and adults tend to verbalize at all times, for this reason the possibility that memory is formed is hindered by language. .


In any case, this same psychologist states that photographic memory (the one that remembers the whole situation in the smallest details for a long period of time) does not exist since memory itself is a process of reconstruction and not a simple storage. .

With the development of technology, new research supported by neuroimaging has attempted to shed light on the phenomenon of eidetic memory. Lopez-Aranda states that the action of a regulatory protein: RGS-14, can modify short-term memory to turn it into long-term memory. As it is possible to suppose, these results have aroused the interest of the world of communication, but have not been well received by the scientific community which is still awaiting further tests.

Today, the debate regarding eidetic memory continues. Someone, I don't even remember who and where, poetically summarized the research that science does in the depths of human memory in this way: "Photographic memory will perhaps forever remain the unicorn of Psychology while eidetic memory is a pony in search of its wings ".

add a comment of Eidetic memory: myth or reality?