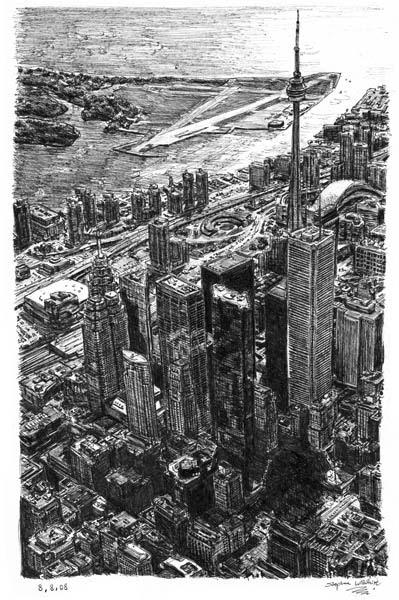 Eidetic memory or photographic memory, as it is better known in popular terms, is a quality that many attribute to themselves but which is really a very rare gift. At a scientific level there are very few data on the causes and functioning, some of the most relevant theories I mentioned in the article: Does photographic memory exist? Until now it is known that it is quite common among children and adolescents and that age the ability to remember details is progressively decreasing; however, eidetic memory has also been described in some cases of autism and Asperger's Syndrome. In this regard I am pleased to take up a case mentioned in the ABC news and which shows an autistic young man who only takes ten minutes to capture all of them. the details of the environment, even of places that are very varied and full of details such as Piccadilly Circus in London. He is later able to reproduce these environments with extraordinary precision in detail, based solely on his extraordinary memory. Of course, this young man was diagnosed with autism at the age of 3 and has since demonstrated a natural talent for painting. . At first he was passionate about images of animals and buses but later his interest shifted to buildings and much more complex themes.One of the extraordinary drawings that derive from his eidetic memory comes from a plane trip he made over the city of London . Following this, he was able to paint to perfect scale, an area of ​​4 square miles that included over 200 buildings. He has also tried his hand at reproducing views of Los Angeles, Hong Kong, Frankfurt, Rome and Tokyo, however he prefers New York as he finds yellow cabs particularly interesting. The image at the beginning of this article corresponds to one of his drawings although it is possible to access his web page where it is possible to appreciate some of his amazing works.However, it must be said that this kind of prodigious memory is more common among those who suffer from Asperger's Syndrome rather than among autistic people. There are several explanations that attempt to explain this phenomenon, one of the most recent has been proposed by some researchers of the University of Malaga, who state that photographic memory could be due to an increase in the production of a protein called RGS-14. which affects the brain area V2 by increasing memory capacity over long periods of time. But even in this case there are still researchers like Minsky, author of the book "Society of Mind", who assure that eidetic memory is simply a myth. Curiously, this particular gift has been attributed to famous people such as: Nicola Tesla, Mozart, Roosvelt In any case, there is much left for the specialists of psychological science to study about the secrets of human memory.

Memory: The differences between the sexes ❯

add a comment of Eidetic memory: an extraordinary case