Edible insects: when the burger is based on crickets 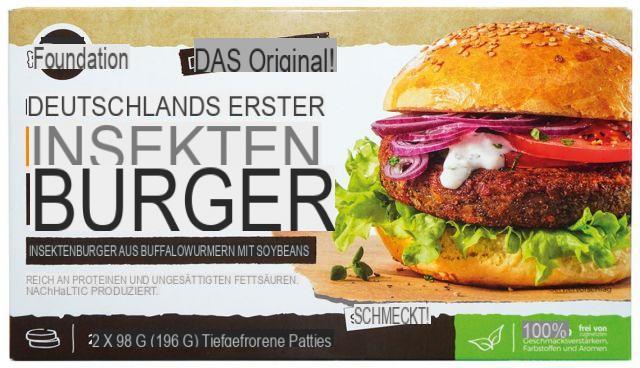 Sometimes you have to go around the world to find out something that happens behind the house.

On my last trip to Mount Everest Base Camp I had the pleasure of being Simone Ferretti's travel companion, young model boy and photographer, head of a video agency but also Business Management student.

Simone, with a team of worthy companions, he is participating in a business accelerator process with his idea in respect for the environment and health.

The project has already attracted the attention of juries and some investors.

A revolutionary idea: a cricket burger

Together with three university mates, Adam (from Malaysia, also studying Business Management), Josh (Scottish, law student) and Flo (half American, half Jamaican, studying Genetics), we are starting a start-up which has as its objective the production and distribution of an alternative to traditional meat, healthier, environmentally friendly and economical.

We want to use insects to replace ordinary livestock. In particular, we are focusing on the production of burgers consisting mainly of crickets.

Crickets offer enormous advantages: the United Nations, together with a very high number of international researchers, have long recognized insects as a source of eco-friendly food.

While this is not the most impressive aspect, at an economic level the production of crickets requires:

Furthermore, the processing of the shackles is much simpler compared to the traditional one: storage can take place with the help of boxes which can be stacked.

This allows you to easily identify and monitor an infected group of insects or non-standard, thus avoiding having to examine or even eliminate large numbers of individuals during an outbreak.

Finally, the transport of stacked boxes translates into a considerable cost cut.

What are the environmental benefits of cricket production?

Crickets, and insects in general, might have an important impact.

Furthermore, as mentioned, crickets require 1/50 of the water used for livestock.

Just these two reasons should suffice to convince the population to replace traditional meat with cricket meat, considered among other things white meat.


What are the health benefits of adopting a diet that replaces mammalian meat with cricket meat?

Crickets offer a multitude of health benefits, in fact they contain:

Furthermore, the meat of crickets is:

We are currently experimenting with prototypes, building the website and we are in contact with various activities for promotion and distribution.

Adam went to Malaysia looking for a factory to start production as we would like to launch our product initially in Southeast Asia where insect culture is already present.

Furthermore, we are preparing for the second phase of the world competition for young entrepreneurs (Hult Prize) in which we are participating.

Audio Video Edible insects: when the burger is based on crickets
Pumpkin seeds, the ideal snack ❯

add a comment of Edible insects: when the burger is based on crickets