Unlike many other publications containing only preset training cards, the purpose of this article is to first provide an “attack” strategy for Ectomorphs and Hardgainers.

"The motivated and reasoned use of suitable means to achieve a goal": this is the generic definition of strategy. Now we just have to replace the word "purpose" with "muscle growth" and the words "suitable means" with "nutrition, supplementation, training and rest".

However, we must be aware that belonging to the ectomorphic somatitis, most of the training plans aimed at muscle-building (or more simply increasing muscle mass) will not work or produce poor results.

There are completely different rules and strategies for ectomorphs and disobeying these rules is tantamount to saying goodbye to sweaty hypertrophy.

The term "hardgainer" is often equated with the term "ectomorph" despite the difference being substantial and the comparison wrong in the field of biotypology.

The term "hardgainer" is often used roughly to define those who find it difficult to increase their muscle mass due to nutritional deficiencies of various types, failure to comply with recovery or rest times, incorrect training methodology, etc.

Belonging to the ectomorphic somatotype, on the other hand, is a real, visible biotypological condition, in some senses independent of diet and training. 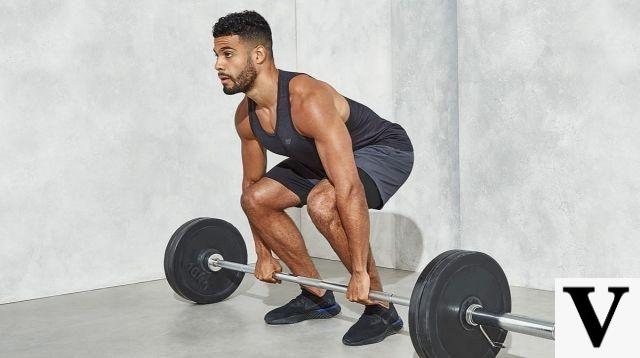 Frank Zane and Flex Wheeler (Schwarzenegger described him as one of the greatest bodybuilders I have ever seen), two legendary bodybuilders, both known for their flawless symmetry and fitness belong to the ectomorph somatotype themselves.

Obviously, if for Frank and Flex being ectomorphs was not considered a "death sentence" in the competitive field, hindrances in muscle growth could instead occur when an ectomorph tries to adopt the same training methodology and the same nutritional approach as a “Luckier” mesomorph.

At this point of the article, before moving on to strategy, it seems right to define, especially for neophytes, some elements that characterize an ectomorph:

There are some rules to follow scrupulously and without too much delay, here are what they are:

Think about intensity and not volume

To put it briefly and to give some examples, the cards (so widespread online or in the magazines of the sector) with a high volume of training containing 12 exercises with 40 series in split-routines (ie the classic "program" where the various muscles are divided into groups and in each training session only some of them are trained) will never work on us ectomorphs. 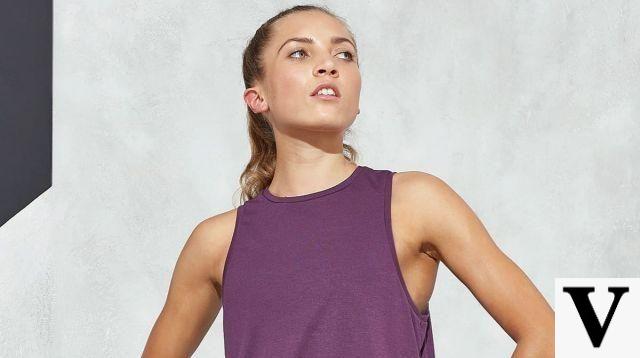 Many of us are "sidetracked" by the classic programs that recommend "8-12 repetitions for muscle hypertrophy", even if true (the result of various studies and working on individuals with different somatotypes) this statement is the most incorrect for an ectomorph.

The key to rapid muscle growth in terms of size and strength lies in the wisdom of an ectomorph to completely abandon the idea of ​​"high volume" training and focus on the idea of ​​"high intensity training", which means staying in between. 6 and 8 repetitions (sometimes even less) for 2-4 sets without exceeding 3-4 different types of exercise for each training session.

Remember to have a ridiculously fast metabolism, your goal is not to burn tons of calories in the gym, muscles grow at rest and not during the training session so start practicing with this concept.

A principle quite suitable for our situation is “hit it and quit it” or “hit and quit”: stimulate the muscles for an adequate number of sets, reps and exercises and run away.

Adopting these simple tricks will lead you to add more and more weight to the barbell thanks to the low number of repetitions and sets, this will result in a high growth potential, the only one you need to gain mass.

To summarize the above, you need to focus your training less on the number of sets and repetitions and more on the intensity of each individual set, a workload between 80 and 90% of your maximum (1RM, 1-Repetition maximum) should be fine.

"Repudiate" the exercises of Isolation

There is no room for isolation exercises in an ectomorph training strategy aimed at muscle growth in terms of strength and size.

Many of us blindly follow the popular training schedules recommended by bodybuilders that are hardly ever ectomorphs and which often resort to the support of chemistry from the very beginning; these individuals can gain muscle mass well by doing 10-12 exercises a day for 6 days a week, we can't!

It is time to eliminate the excesses from our training schedule and focus only on the exercises that are most profitable and really useful for us; It is not good to be in the gym for an hour and thirty minutes when we can do everything we really need in 45 minutes.


Although this is a difficult concept to "swallow" it must be applied immediately, if this does not happen the results would be, as often happens, almost completely non-existent compared to the starting physical form.

Having said this, the exercises valid for ectomorphs must mainly satisfy these two requirements:

Deadlifts stimulate more total muscle mass than any other exercise (legs, back, trapezius, lats) and incorporating them into your workout will finally make the scales move in the correct direction.

Focus on releasing as much force as possible to the ground before lifting the bar off the floor and complete the repetition by fully extending the hip once at the top.

Feel free to do the sumo deadlifts or snatch deadlifts as well.

Unlike the classic squat, box squats improve our stability once we go down, without the use of a box (or a chair, step, cast iron discs one on top of the other) they would increase the chances of tilting us too low. forward losing control of the repetition.

Box squats are an excellent exercise for the hip muscles as you are forced to "rest" in a physical point and involve less knees unlike classic squats, but it is important that the box is far enough away to only touch halfway. of your butt during the descent.

It is advisable to initially practice to orient yourself in space and understand exactly where the box is, there is nothing worse than loading a barbell and trying to sit down by falling to the ground; once you have touched the box, concentrate on the contact time with your butt and rise up with an explosive movement.

You may be wondering why not the flat bench… simple! As with the box squat, the goal is to use a range of motion (degrees of freedom of movement) with greater training power that is therefore able to get you as much mass and strength as possible.

It is hard to find ectomorphs capable of lifting record-breaking loads on the flat bench, long arms result in a greater distance the barbell has to travel in space, which in turn results in tortoiseshell improvements in strength and increased loads .

The floor press eliminates much of the instability caused by the shoulders once you reach the bottom, eliminating the last few degrees of movement and allowing you to use a greater load and complete more reps.

The classic flat bench is not the best option for an ectomorph eager to grow, you can go back to the flat bench once you get strong with the floor press.

As with the bench press, we ectomorphs' small shoulders are not meant to lift heavy loads overhead; the classic military press can obviously be done but the risk is to remain stalled with the loads and with the force for entire weeks.

Instead, replacing military press with military pin press for a few months, the reduced range of motion will eliminate any limitation caused by long arms and unstable shoulders, allowing us to use greater loads and immediately benefit from a total body exercise such as the military press.

A good example of an ectomorph training program is a 4 week mesocycle with 3 training days per week, it's a simple program but I can assure you that you don't need to make it complicated, it works just fine.

Concentrate on increasing the load of primary and secondary exercises, week after week; it is essential to carry out tests to establish your maximum and therefore the% 1RM required for each primary exercise, not doing so will result in the failure of the entire program, the numbers are essential!

Complete every single repetition without losing concentration and technique, resting for the time you deem necessary between one series and the next; the rest between the training days must be at least 48 hours, at the end of the mesocycle take a week of de-load or start again from week 1 with the new ceilings (certainly increased).

Following the right training program is just the beginning, the second war of an ectomorph begins in the kitchen, where the goal is to consume a large amount of "clean" calories.

The main problem is that many ectomorphs think that "more calories" means increasing the grams of chicken breast at dinner or adding an extra glass of egg white at breakfast, it is very important to consider all the macronutrients (carbohydrates are essential!) And not just proteins.

A useful tip is to consider the post-workout supplementation with a specific gainer for weight and muscle mass gain such as Hard Gainer Extreme or Impact Weight Gainer and creatine, very useful in short high intensity efforts (such as maximum lifts. ) where the ATP-CP energy system is involved.

Discover our offers and our Best Sellers.