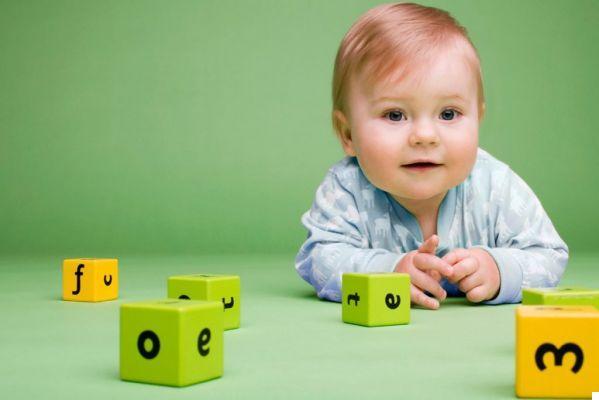 Sometimes you have to go against the grain. Especially when those who go with the flow get too carried away, metaphorically speaking. Even when it comes to doctors, psychologists and educators. Nobody is saved, nor should they do it. A few days ago I came across a "scientific" research on the benefits of early stimulation in infants. The article would not have caught my attention if it weren't for the fact that it was a intrauterine device whose job was to make sure that music could be heard without interference from the fetus. In short, a sort of intrauterine iPod to make the unborn child listen to music. The main objective of this curious device would be to stimulate neural connections and, above all, the voice in the child.It is true that early stimulation is very beneficial (it will not be a psychologist to deny it) because during the first years of life they are formed neural connections in our brains that will last a lifetime. But the competition to stimulate children ever more precociously seems to me simply absurd. Letting nature take its course without pressure on children also has its benefits, as there are many teachers, especially preschool and kindergarteners, who are concerned about parents' desire to teach their children small skills. academics that would be foreseen for other stages of development. These teachers believe that trying to anticipate the biological clock would only serve to generate unhappiness in children, who can learn much more valuable lessons through play, exploration and socialization. Their suspicions (and mine) are validated by various investigations. Several studies have compared the effects of academically oriented kindergarten classes with the effects of play-based classes. It was concluded that early academic training increases children's immediate scores on some specific tests, but this head start disappears over a period of 1 to 3 years. In fact, in some cases, the results have even been reversed, showing that in the long term, early academic training can create social and emotional damage.

In 1970, the German government had a large comparative study carried out in which children who had come out of 50 kindergartens whose educational methods were based on play were analyzed, with others who had come out of kindergartens with direct academic orientation. children who receive academic training get better grades during the first years of primary school, but this advantage disappeared in the fourth grade. Indeed, at this level their grades were worse than those of children who had been educated with a play-based method. Interestingly, these children not only exhibited difficulties in subjects such as reading and math, but were also less adapted to the level. When this research was conducted, Germany was making an educational change in traditional play-based kindergartens by choosing to switch to the academically oriented method of education. But the children returned to play because the government decided to reverse the trend.

A similar study was conducted in the United States in 1967. In this case, it worked with 78 poor Michigan children. These were assigned to three types of kindergartens: play-based, direct academic education (teaching reading, math, and writing), and play-based, but under the guidance of an adult. The experimenters also visited the children's homes for teach parents how to help their children, showing them how to use the same working methods applied in their respective kindergartens. The first results of this experiment were similar to those of the other studies. The children who were in the direct education group showed early improvements at the academic level, but these disappeared very quickly. But the curious fact of this study is that these children were followed up to 23 years of age. At that point, there were no significant differences between the groups in their academic performance, but huge differences were found in social and emotional behavior.At the age of 15, adolescents who had received formal early education they were distinguished by having committed twice as many "acts of misconduct". At 23, the differences were even more dramatic. Young people who had been educated academically exhibited greater social friction, were more likely to commit crime, suffered from emotional deterioration, and were less stable in their relationships. Indeed, at the age of 23, 39% of these young people had been arrested for committing serious crimes, compared to the average of 13,5% of young people who had received training focused on gambling.

Why can formal education be so harmful at an early age?

There are many hypotheses, referring to a single cause would be an understatement. But there is no doubt that the initial experience in kindergarten prepares children for the future, both for the world of school and for social life. Childhood is an important phase in allowing children to develop their social skills. Lack of affection, freedom, or understanding can mark their life forever. In fact, children are not born empathic, this is a skill that develops during the early years, in the same way that they learn to resolve conflicts with peers to test their social skills. interaction with other children and young adults that shapes their worldview. The context of a class, which is usually cold and focused on learning academic skills, does not contribute to pro-social behavior and emotional development, quite the opposite. In this way children miss out on a precious opportunity. Without a doubt, the attitude of the parents also influences the results. If the parents favor play, free expression and socialization, the little one will acquire these values. The child will grow up thinking that the world is a safe place that welcomes him and makes him feel good. Therefore, he will feel more confident, confident in his abilities and be able to express himself emotionally.But parents who opt for academic training from an early age tend to think that the world is a hostile place where you need to be ready to fight and prepare to conquer a place in the sun. These people are not very concerned about the happiness of the child but do everything to give him "the best", which may seem the same, but I assure you it is not. The good news is that the decision is in the hands of the parents.
Emotional intelligence increases with age ❯