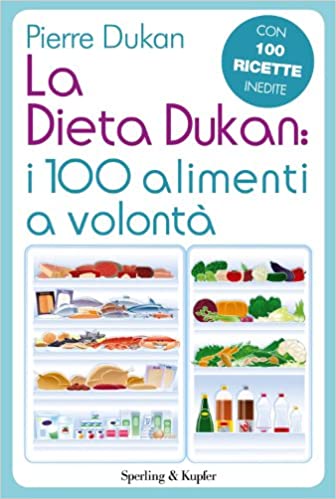 The Dukan diet is a weight loss diet created by former doctor Pierre Dukan.
Not being considered healthy, the Dukan method is not recommended by most medical and human nutrition institutions.
The most fearsome features of the Dukan diet are:

Who is Pierre Dukan?

Long in conflict with the health authorities, on 19 April 2012 Pierre Dukan applied to be disbarred from the French order of doctors. Many argue that it was a preventive maneuver.
Among the ethically distinguishable behaviors committed by Pierre Dukan we remember:

According to Pierre Dukan, losing weight in a context of food abundance is very difficult and unnatural. In such circumstances, restrictive dietary therapies (based on limiting food quantities) contribute to aggravating frustration with one's overweight.
The Dukan diet differs from clinical diets for the "freedom of consumption and calculation of food portions". Apparently, it is therefore opposed to the calorie deficit of traditional diets, precisely because they are considered debilitating and impractical.
The Dukan diet aims to achieve weight loss through food regression, that is, through the restoration of the diet hypothetically undertaken by primitive men (hunters and gatherers); the concept is very similar to that of the Paleo Diet.

The creator has drawn up a list of 100 recommended foods, of which 72 of vegetable origin and 28 of animal origin.
Dukan diet suggests the prevalent consumption of:

The Dukan diet strategy involves the subdivision of weight loss into 4 phases.
Each step is managed in a personalized way to ensure the naturalness of weight loss.

It is the initial approach; it has a short duration, but has an immediate effect.
In the attack phase only 72 foods are allowed as sources of protein.

It is less aggressive; alternates days identical to the attack phase with days that also include the 28 vegetable-based dishes.

It differs in two halves and has the function of integrating some of the foods eliminated in the first two phases in predetermined quantities.
It has a variable duration depending on the extent of the weight loss obtained; it is calculated by attributing 10 days for each kilogram lost in the first two phases (for example, with a weight loss of 20kg it is necessary to adopt consolidation up to 200 days).
In the consolidation phase, a more "balanced" diet is allowed, restoring the overall pleasantness of the diet.

It is based on few rules, however unequivocal and fundamental to the long-term maintenance of the ideal weight.

In addition to providing the right dietary rules, it is necessary to structure a method including:

The latter is a virtual space designed to control all the parameters of the dietary regime, in which it is possible to consult:

The only advantages of the Dukan diet are (or rather were at the time of its first spread):

As for the disadvantages, there is a lot to say:

Ultimately, it is not conceivable to organize a slimming strategy with the aim of losing weight quickly without considering the future repercussions it could have on the dietary attitude and health of patients. Rather, the educational aspect, the health aspect and the applicability of the therapy should be addressed.

Here are some examples of recipes in line with the principles of the Dukan diet. These videos are not an invitation to undertake this diet, but a demonstration of how it is possible to prepare sweets with less sugar and more protein. Such precautions can be useful in different diets, of course under the guidance of a nutritionist.