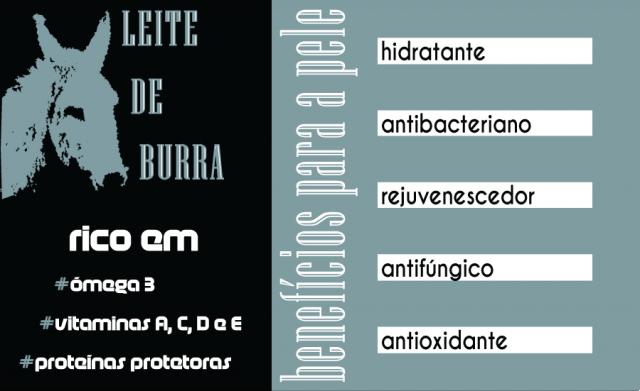 Il donkey milk it has a composition very similar to breast milk, contains less fat than cow's milk and is more digestible.

Let's see what they are the properties, benefits and nutritional values ​​of donkey milk.

Milk is the first food in mammals and is a complete food for newborns: in the various animal species, milk has a very similar qualitative composition which, however, differs very quantitatively. In fact, milk is a solution in which there are water, fats, proteins, lactose, vitamins and mineral salts whose quantities are different between the various species.

Donkey milk has a composition very similar to human milk: it contains in fact percentages of proteins and lactose that are close to those of breast milk.

As regards the protein content, donkey milk has a protein percentage that is very close to that of human milk (about 1,5%) and, compared to cow's milk, it contains a lower percentage of casein (less than 40%, compared to 80% in cow's milk), proteins that can induce allergies in children.

In cow's milk, fats represent about 3,7%, a content very similar to what we find in human milk; donkey milk instead contains a low percentage of lipids (0,3-1,8%). The fatty acids that characterize donkey milk are oleic acid, palmitic acid, linoleic acid and short-chain fatty acids. The fat globules, or micelles, of donkey milk are smaller than those of cow's milk, so they are more digestible because digestive enzymes can attack them more easily.

Lactose is a disaccharide, i.e. a sugar composed of two monosaccharides: galactose and glucose. Lactose is synthesized by the mammary gland starting from glucose, which is first converted into galactose and, subsequently, linked to a glucose molecule; it is therefore a source of glucose - and therefore of energy for the body and in particular for the brain - and galactose, a fundamental molecule for the synthesis of galactolipids, important constituents of nerve cells.

Finally, the mineral content of donkey milk it is similar to what we find in human breast milk. Cow's milk, on the other hand, contains about twice as much mineral salts, including calcium, an important constituent of bones and teeth and involved in nerve transmission. However, the ratio of calcium to potassium is better in donkey milk compared to the ratio that occurs in cow's milk.

Donkey milk: benefits and when to consume it

As we have seen, donkey milk has a similar nutritional profile to human breast milk as well it can be consumed by children and adults, as long as you are not lactose intolerant.


Although it cannot be said that the consumption of donkey milk is indicated in people allergic to cow's milk, one study found that Casein allergic children tolerate donkey milk.

Given the lower fat intake of donkey milk compared to cow's milk, consumption of donkey milk in children before weaning it should be supplemented with a percentage of lipids.

After weaning, on the other hand, donkey milk can be consumed without any lipid integration and appears to be indicated in diets that provide a low intake of fat, particularly in obese or overweight people.

Find out what milk substitutes are