Don't let others project their fears, insecurities, and prejudices onto you 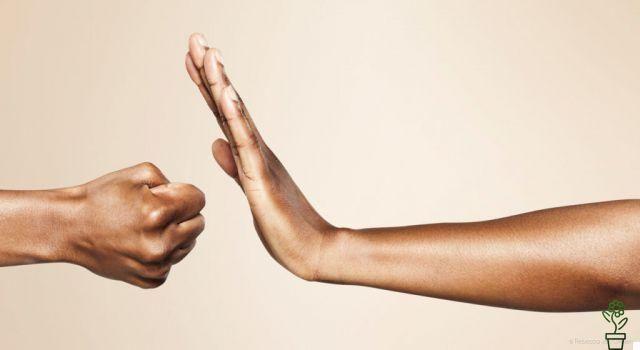 We have all, at one time or another, received unfair criticism, criticism that can even go so far as to be offensive and does not even have a solid basis. And in most cases, these criticisms are accompanied by very strong feelings. Thus we notice that the person who criticizes us feels deeply angry and shows a totally disproportionate emotional reaction, so that he ends up taking our words, actions or attitudes out of context.

These criticisms can do a lot of harm, they can turn into real poison darts that have a huge impact on our self-esteem and self-confidence. We cannot avoid these criticisms, but we can become immune to them. To do this, the best protective barrier is knowing that behind many words there is often a complicated mechanism of projection.

Offensive criticism says more about the critic than the criticized

Projection is one of the most common self-defense mechanisms in daily life. It is a mechanism that serves the person to defend himself from those impulses, desires or thoughts that he refuses to recognize as his own. As a result, a deep denial occurs that leads the person to attribute them to others, project them onto others.

Recognizing these impulses, desires or thoughts would be too painful for the person because they go against the idealized image they have of themselves. Consequently, he continually projects them onto others, and criticizes them when he recognizes them, thus establishing a psychological distance, unconsciously distancing them from himself. But since it is one's own impulses, criticism is always accompanied by a strong emotional reaction.

Obviously, the projection does not occur arbitrarily. It happens that the person identifies a defect in the other (perhaps presumed) and magnifies it. Therefore, a small slip of the tongue or a few words that can be misinterpreted become the fuse that detonates destructive criticism.


The mechanism of projection is based on the idea that we analyze and react to the world as we see it. That is, as much as we try to hide these impulses or prejudices, they continue to condition our psychological life and our reactions.

A typical example of projection is when someone accuses their partner of being unfaithful, but what actually happens, is that they feel guilty because they harbored those thoughts, but refuses to accept it, because they feel that infidelity is something very bad.

In fact, the sense of guilt is one of the feelings that are most often projected on others, as well as stereotypes. So there are people who stick to a spoken word without thinking too much and accuse others of racism, sexism or homophobia ... when in reality what happens is that they are projecting their own prejudices, that part of themselves that they refuse to accept.

There is also a very interesting theory according to which our personality is composed of a multiplicity of "I's" that take the initiative when needed, to protect us from danger, guarantee our survival and make us less vulnerable.

With some of these "I's" we feel at ease while others are decidedly strange or unpleasant, they are the renegade "I". According to this theory, these "I's" of ours are formed from repressed behaviors that are not socially accepted. But the underlying ideas, impulses and emotions do not disappear, but continue to exist, repressed in the unconscious.

To identify these disowned "I's" just think of those characteristics that irritate us most in others. When we believe we see our characteristics in others, an intense emotional reaction is produced that prompts us to punish or criticize the other. In this way we release this psychological energy and we do not see ourselves forced to integrate these qualities that we do not like into our personality.


How to survive a verbal attack?

- Discover the underlying emotions. Normally, constructive criticism is generated from rationality and respect. This means that they have a contained emotionality. When a critique overflows with emotion, there's a good chance it's a projection, one of these disowned 'I's. Therefore, the problem is not yours but of those who criticize you in this way.

- Keep calm. Sometimes it's hard to stay calm, but it's the best weapon we have for dealing with this kind of criticism. If you lose control and let the emotions flow, the poison of criticism will begin to enter you. So, try to keep a calm and rational attitude. Ask yourself if you can take advantage of this opinion to grow as a person, and if not, simply eliminate it from your mind. A good strategy to stop yourself from harming yourself is to identify the most absurd aspect of it. When we laugh at the things that happen to us, we take away emotional impact and, therefore, we can move forward without major consequences for our emotional balance.

What happens if we don't learn to defend ourselves from destructive criticism?

Self-esteem and self-confidence are the structures that suffer the most with these criticisms. If you let others project their fears, insecurities, and prejudices onto you, you will begin to doubt your abilities and thus feel guilt and rejection. These are feelings that lead nowhere and will only make you feel bad.

Whoever loves does not lose, whoever does not know how to receive love loses ❯

add a comment of Don't let others project their fears, insecurities, and prejudices onto you